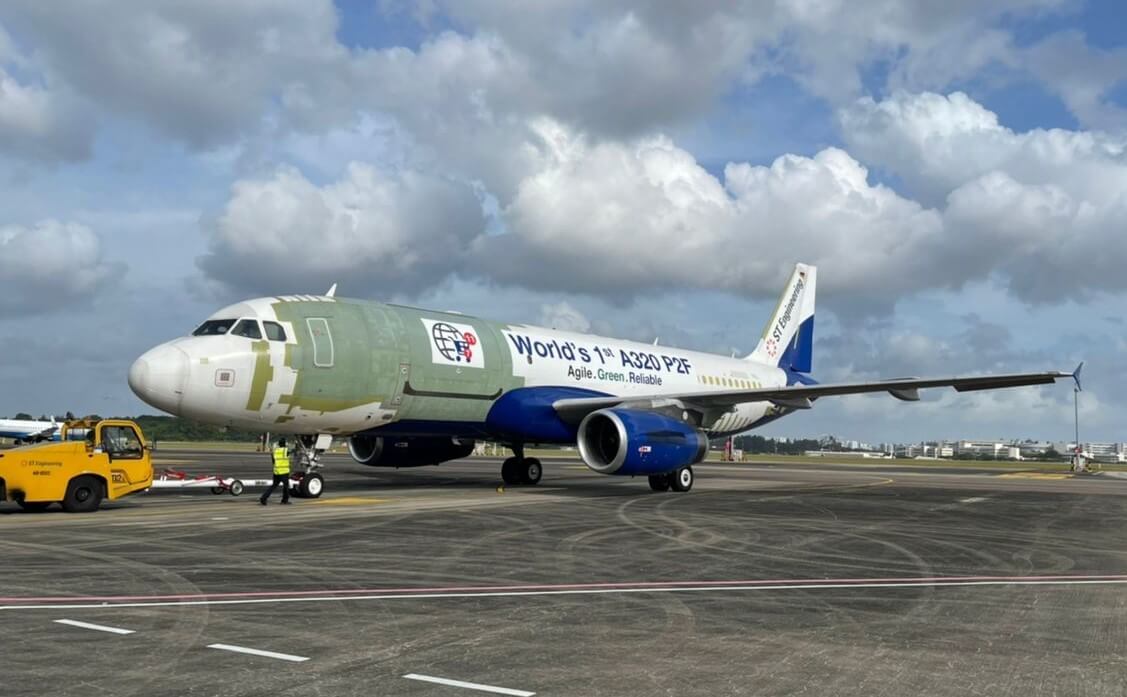 Elbe Flugzeugwerke (EFW), the joint venture created by Airbus and ST Engineering has achieved the first flight of the A320 Passenger-to-Freighter aircraft, the A320P2F.

The flight took place earlier today at ST’s facilities in Seletar Aerospace Park in Singapore and follows the conversion to freighter configuration, which commenced there in March this year.

Over the next few weeks, MSN2737, originally a passenger-carrying A320-200, will prepare for its ‘new life’ by undergoing a series of flight-tests which will culminate in the issuance to EFW by EASA of the aircraft’s Supplemental-Type-Certificate (STC).

It will subsequently be leased by ST Engineering Aerospace Resources (STEAR), the aviation leasing arm of ST Engineering, to Vaayu Group.

Its re-entry into service as a freighter is scheduled to commence in 2022. Vaayu revealed last month that it will lease five A320P2Fs from STEAR.

With a cargo capacity of 10 ULD containers + one pallet position on the main deck, and seven ULD containers on the lower deck, the A320P2F offers significantly more payload and containerised volume than its closest competitor, as well as having the lowest fuel burn in its class.

This freighter solution offers 21 tonnes of payload over 1.800nm and up to 2.560nm with 17 tonnes, making it the ideal narrowbody freighter aircraft in all established general freight and express markets.