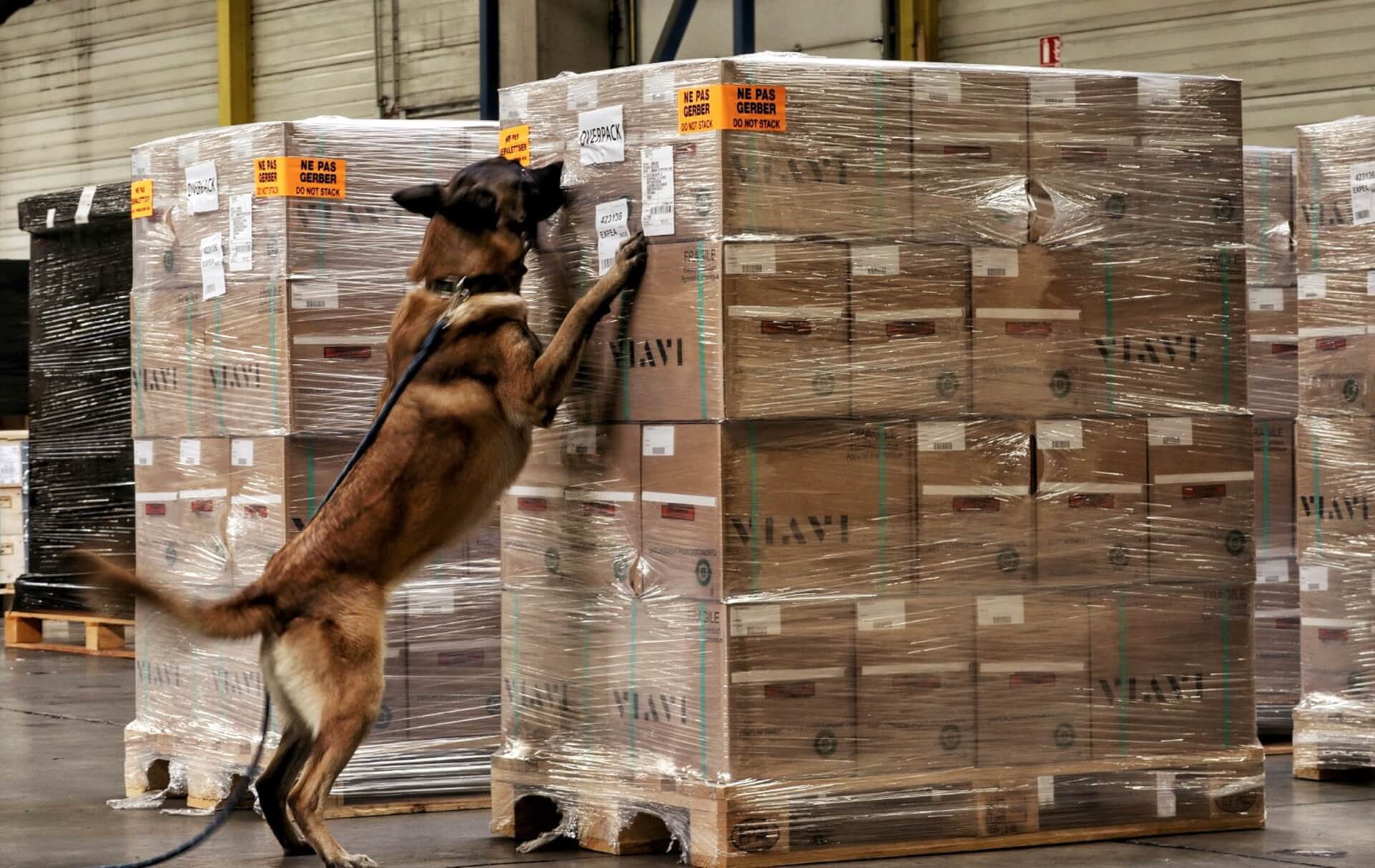 Worldwide Flight Services (WFS) and Diagnose, a world leader in dog-handing detection, have pioneered the detection of undeclared shipments of lithium batteries following a six-month trial involving thousands of cargo consignments in France.

WFS and Diagnose partnered in March 2022 to carry out a feasibility study using dogs to detect the presence of lithium batteries in cargo shipments, mail and baggage.

Currently, there are few means to physically check for undeclared lithium batteries, posing one of the biggest threats to flight safety due to their fire risk. At the International Air Transport Association’s (IATA) AGM in June, Director General, Willie Walsh, called on governments to develop and implement research methods for lithium battery detected.

In a press statement, he said: “Airlines, shippers, manufacturers, and governments all want to ensure the safe transport of lithium batteries by air. It’s a joint responsibility.

“The industry is raising the bar to consistently apply existing standards and share critical information on rogue shippers.

“But there are some areas where the leadership of governments is critical. Stronger enforcement of existing regulations and the criminalisation of abuses will send a strong message to rogue shippers.

“The accelerated development of standards for screening, information exchange, and fire containment will give the industry even more effective tools to work with.”

WFS and Diagnose hope the results of their extensive trial in France will provide a significant step forward towards realizing this objective globally.

The test phase was conducted at WFS cargo terminal in Lyon and involved two dog detection teams, specially trained by Diagnose, and their trainers.

Derived from the free-running explosives detection method which Diagnosed mastered over 20 years ago, the trial enabled the dogs to check large volumes of different types of cargoes and has produced remarkable results.

“Over the six months, the two dogs involved in the trial were very precise in their detection of lithium batteries, with 100% accuracy,” said David Clark, Global Head of Health, Safety, Security & Environment (HSSE) at WFS.

“More specifically, they were able to detect a single button battery (ion metal battery) within a 1 cubic meter shipment.

“In response to one of the biggest aviation safety challenges, WFS and Diagnose believe this can help to significantly strengthen safety measures.”

The testing period also allowed for the development of an operational protocol, a standard training programme, and an end-of-training and ongoing performance evaluation.

WFS and Diagnose, a subsidiary of the ICTS Europe group, will now make France the centre of excellence for the detection of lithium batteries by dogs.

In future phases, dogs could be deployed across EU airports or in response to customer requirements within 5-6 months as more dog detection teams are trained.

Diagnose is currently present in 9 countries, equipped with 400 teams of dog-handlers.

“Goods that are properly declared, correctly packed and, above all, in good condition present little risk, but it is clear that batteries, or devices containing batteries, are transported every day in passenger luggage and in airfreight shipments without being declared.

“By working in partnership with WFS, we believe the results of our dog detection trial can be a very important breakthrough in ensuring the highest standards of aviation safety, which are our shared priority.

“We will be presenting the results of our trials in France to IATA and the regulatory authorities in the next stage of this initiative.”