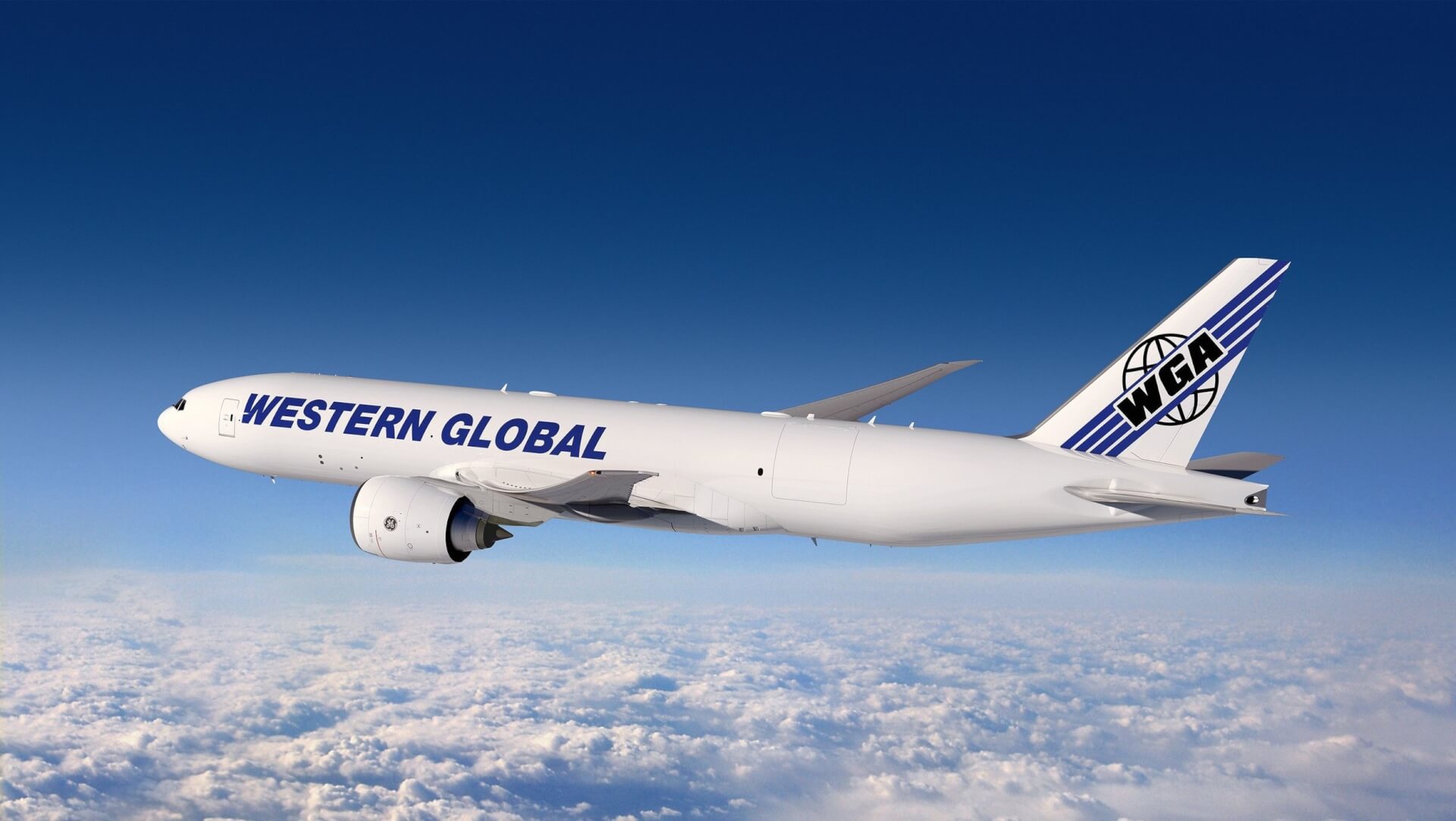 Boeing and Western Global Airlines today announced a firm order for two 777 Freighters, the first new-production freighters for the all-Boeing cargo operator based in Estero, Fla.

The order was finalized in January 2022 and is currently listed as unidentified in Boeing’s order backlog.

“As the world’s fastest growing cargo airline, we have determined that augmenting our existing fleet with new 777 Freighters will enable us to best serve our customers while providing a clear path to our future fleet plans”.

Boeing’s market-leading 777 Freighter is the world’s largest, longest-range and most capable twin-engine freighter currently flying, with the lowest trip cost and highest reliability of any large freighter.

With a range of 4,970 nautical miles (9,200 kilometers), the 777 Freighter can carry a maximum structural payload of 107 metric tons (235,900 pounds), while reducing fuel use and CO2 emissions compared to prior airplanes.

This capability and exceptional efficiency translate into significant savings for cargo operators, with fewer stops and associated landing fees.

Boeing has forecast that the global freighter fleet will grow by 70% in the next 20 years, with freight carriers such as Western Global supporting a rapidly expanding global e-commerce business and evolving supply chains.

“The addition of 777 Freighters will enable Western Global to continue its growth, providing increased capability and flexibility to its operations,” said Ihssane Mounir, Boeing senior vice president of Commercial Sales and Marketing.

“These new freighters will complement its existing all-Boeing fleet and we are committed to deepening the partnership between our companies, which has existed since Western Global’s inception.”

Having flown to over 400 airports in 135 countries on six continents, Western Global Airlines currently owns and operates a fleet of 21 747-400 and MD-11 Freighters, providing contracted turn-key transport services around the globe for a variety of blue-chip logistics companies, e-commerce platforms, and US Department of Defense.