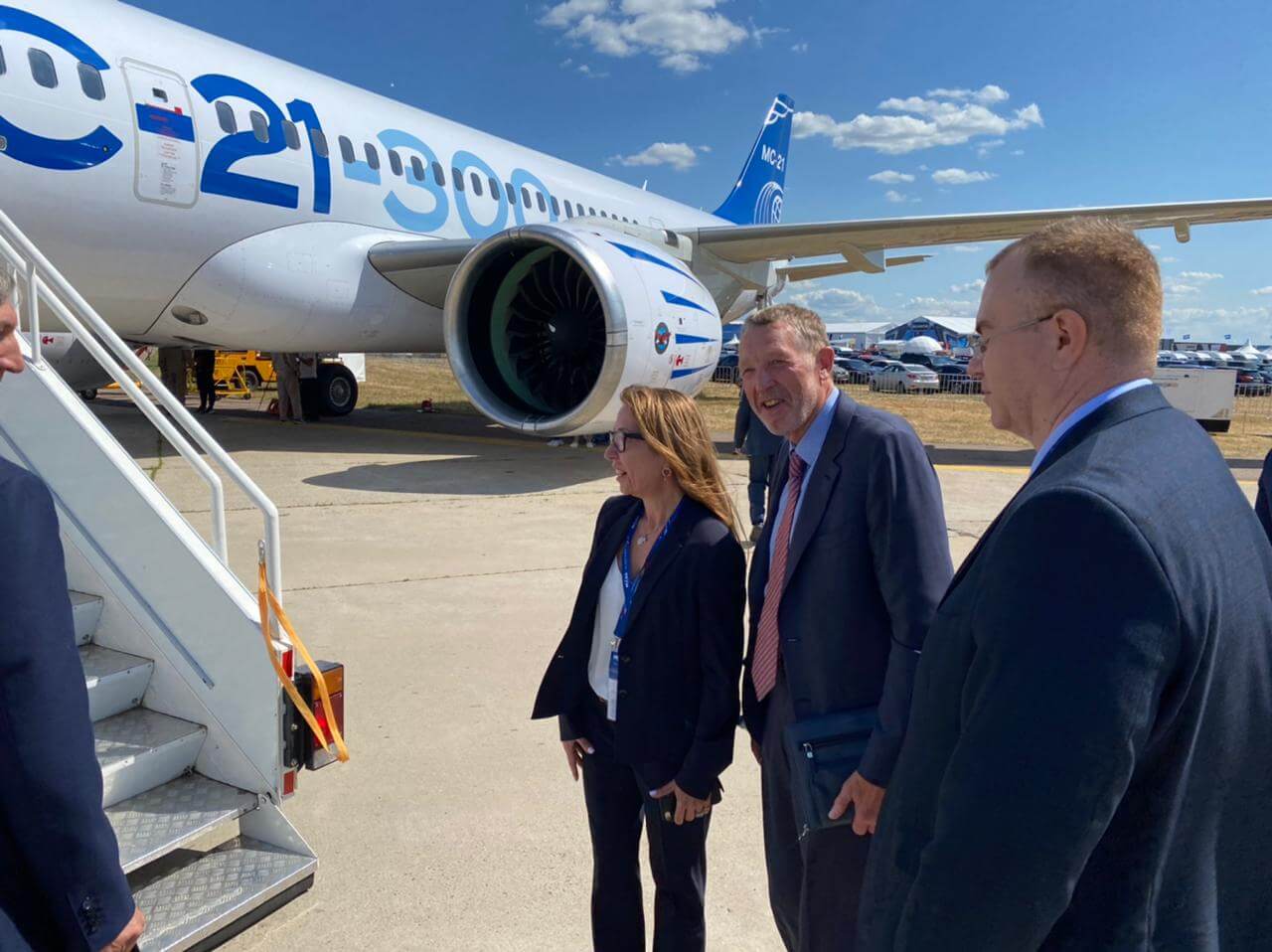 Last week during MAKS 2021, International Aviation and Space Salon held in Zhukovsky (Russia), Volga-Dnepr Group delegation headed by Chairman of the Board, Alexey Isaykin, visited MC-21-300 – the new generation Russian passenger plane which is going to be manufactured in several modifications from 150 up to 211 seats.

Volga-Dnepr Group representatives have marked the extended fuselage of the new place, advanced airframe systems which were developed by the leading Russian and foreign manufacturers and up-to-date technologies enabling reduction of operational costs.

During the visit, the companies discussed the possibility of the production of a freighter version. Amid the capacity constraints, emerging demand for freighters and increase of cargo volumes worldwide Irkut Corporation is in favourable position to commence the freighter program.

Volga-Dnepr Group might become the possible launch customer of the MC-21-200 freighter version.