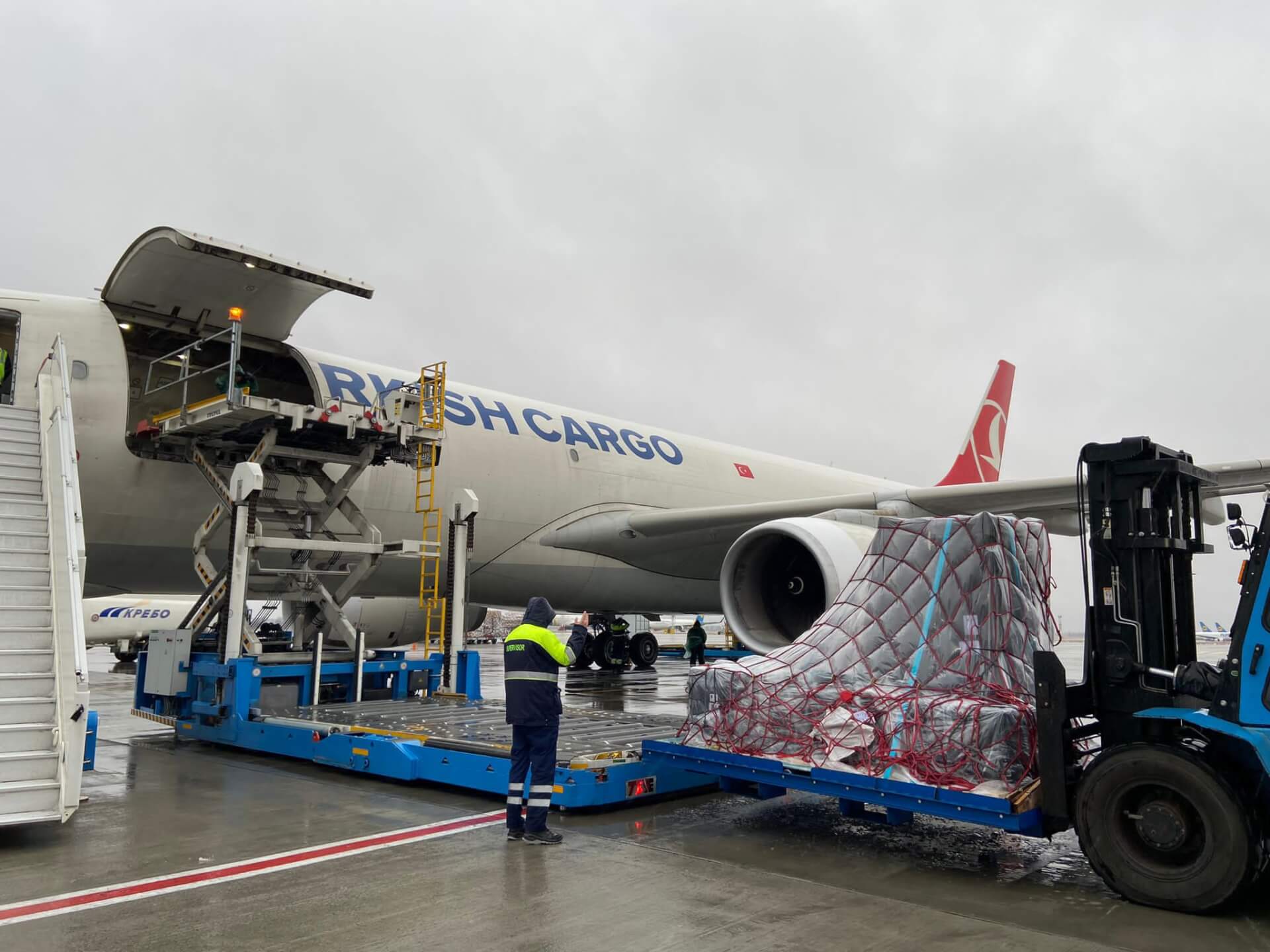 Turkish Cargo transported Sich-2-30, the earth observation satellite developed by Ukraine, to Miami for its launch with a connection flight at Istanbul.

The satellite, which has been developed as part of the National Targeted Scientific and Technical Space Program of Ukraine, will blast off at the launch area at the Kennedy Space Center (USA) in January 2022.

After settling on a stable orbit, the Earth Observation satellite will capture the digital and infrared images of the surface of the Earth and collect generic data by probing the ionosphere parameters.

For the purpose of facilitating the loading and unloading operations, Sich-2-30 Earth Observation Satellite has been dismantled into multiple components, and the components of the satellite have been placed carefully on 2 separate pallets together with the supplies in order to avoid any damage during the shipment.