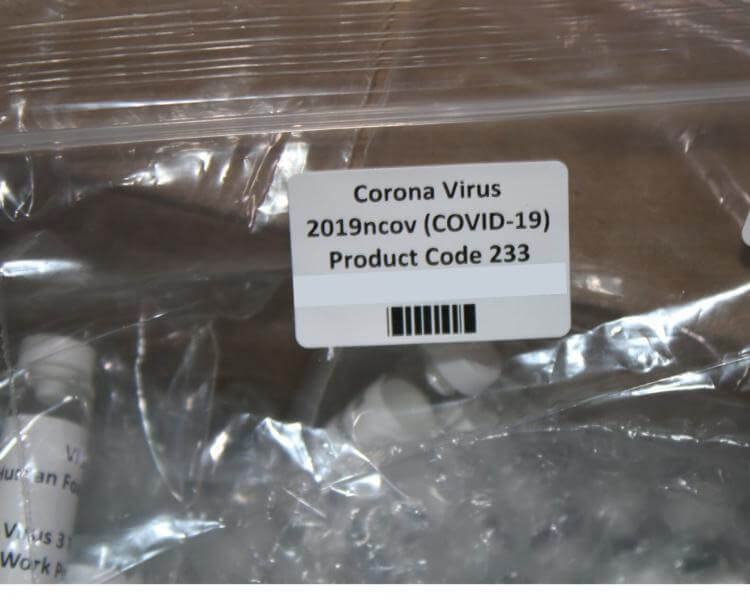 On 14th March, US Customs and Border Protection (CBP) relieved that two days earlier it had seized a package at the Los Angeles International Airport containing counterfeit COVID-19 test kits from the U.K.

CBP officers discovered six plastic bags containing various vials, while conducting an enforcement examination of a parcel manifested as “Purified Water Vials” with a declared value of $196.81. A complete examination of the shipment, led to the finding of vials filled with a white liquid and labeled “Corona Virus 2019nconv (COVID-19)” and “Virus1 Test Kit”.  The shipment was turned over to the U.S. Food and Drug Administration (FDA) for analysis.

“Protecting the health and safety of the American people is a top priority for CBP,” said Carlos C. Martel, CBP Director of Field Operations in Los Angeles.

“This significant interception, at a time when the U.S. is in the midst of a National Emergency, demonstrates our CBP officers’ vigilance and commitment to ensure dangerous goods are intercepted and not a threat to our communities and our people.”

“Smugglers are constantly attempting to take advantage of consumers by disguising their illicit goods as legitimate shipments.”