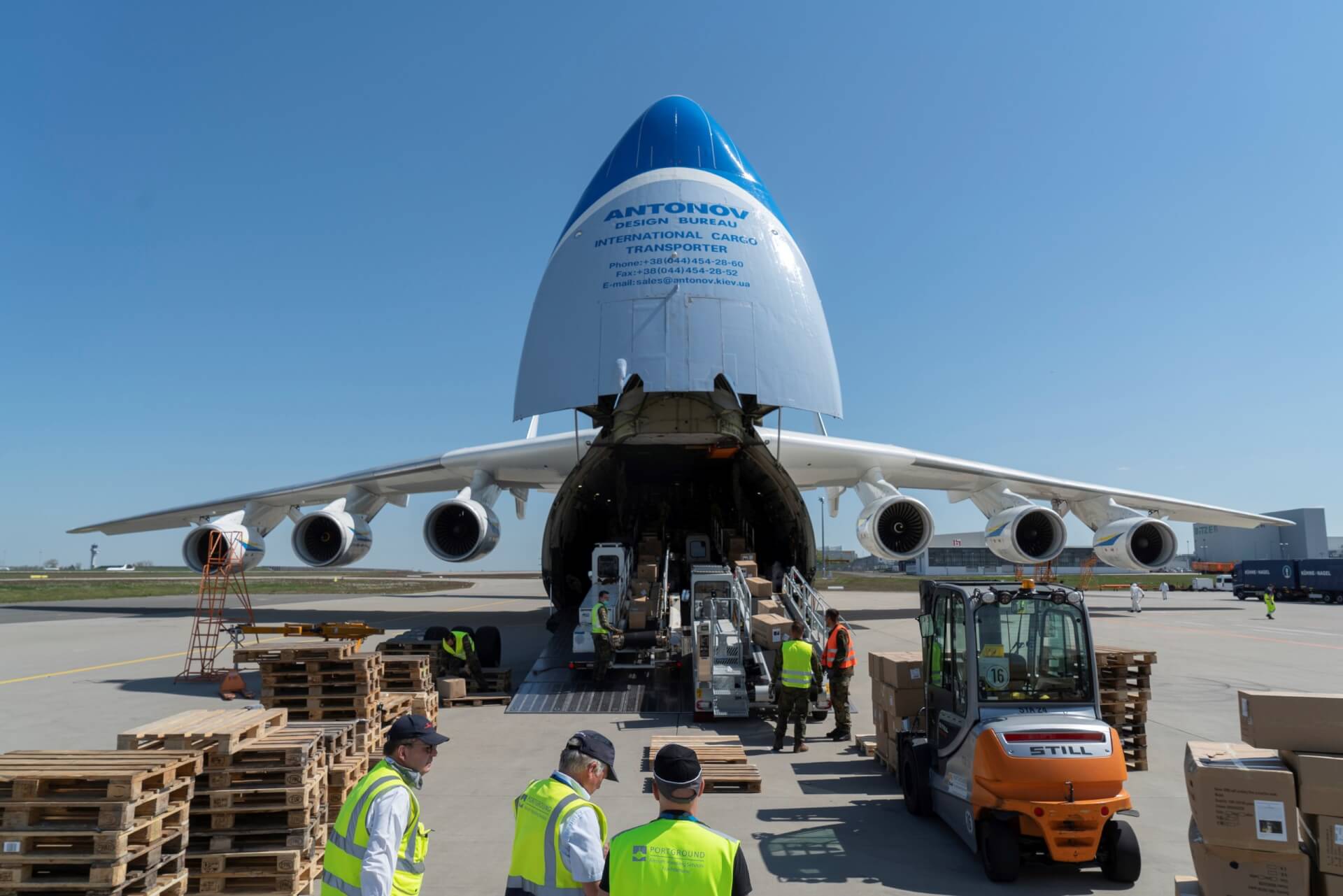 German Defence Minister, Annegret Kramp-Karrenbauer, and Götz Ahmelmann, CEO of Mitteldeutsche Flughafen AG, welcomed the crew after the plane had landed. The six-engine cargo aircraft transported more than 10.3 million face masks from China to Germany as part of the SALIS Project (Strategic Airlift Interims Solution). Using their experience, the employees at PortGround, a subsidiary of Mitteldeutsche Flughafen AG that specialises in handling aircraft and freight, unloaded the An225 through its characteristic nose access point. An Antonov An-124 had already landed at Leipzig/Halle Airport on Sunday. It arrived from Shanghai, had landed in Almaty (Kazakhstan) en route and had 8.3 million face masks on board.

Both aircraft belong to the Ukrainian airline, Antonov Airlines. Two Antonov 124100 planes have been permanently stationed at Leipzig/Halle as part of the SALIS Project since March 2006. The flights are coordinated and handled by Antonov Salis GmbH, which is based at Leipzig/Halle Airport.

Götz Ahmelmann, CEO of AG, comments, “Leipzig/Halle Airport occupies a key position in supplying the population with essential medical equipment in the battle against the corona pandemic. As Germany’s second-largest cargo airport, we’ve already been able to safely and reliably handle humanitarian aid flights with hundreds of tonnes of aid materials during the last few weeks – and we’ll continue doing so. We’re delighted at the huge trust placed in our airport and our team so that we can now welcome another humanitarian aid flight here; it is transporting more than 10 million new face masks to Germany.”

In addition to the Antonov aircraft, about 15 more planes have landed at Leipzig/Halle Airport with medical equipment since the end of March. PortGround has handled about 500 tonnes of these urgently needed supplies, including the SALIS flights.