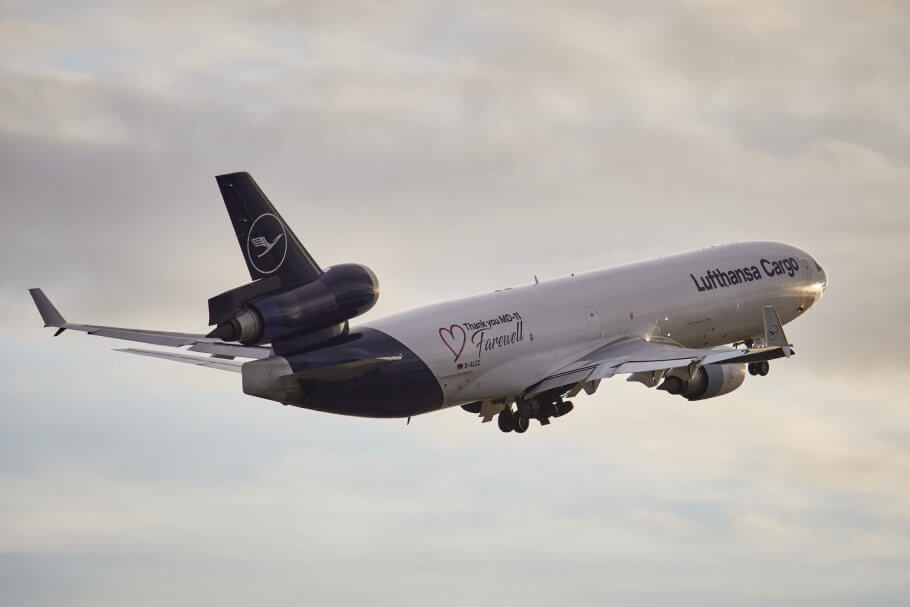 On Sunday (October 17, 2021), a Lufthansa Cargo MD-11 landed at Frankfurt Airport for the last time.

This marked the end of commercial service of the three-engine MD-11F aircraft type at Lufthansa Cargo after more than 23 years.

The aircraft with registration D-ALCC, also the last MD-11F registered in Europe, will now be sold to an American cargo airline.

“We are very grateful to our MD-11F fleet for over two decades of loyal service,” said Dorothea von Boxberg, Chairman of the Executive Board and CEO of Lufthansa Cargo.

“We know that this particular aircraft has an incredible number of fans, throughout our colleagues at Lufthansa as well as among aviation enthusiasts worldwide.

“The decisive factor for the introduction of the MD-11F at Lufthansa Cargo in the late nineties was its significantly better fuel efficiency compared to the widebody freighter previously used.

“In the future, we will rely on the twin-engine Boeing 777F for the same reason”.

Lufthansa Cargo took delivery of its first two MD-11 freighters in June 1998, followed by the third aircraft in August of the same year and given the registration D-ALCC.

In total, Lufthansa Cargo operated nineteen MD-11, including the last ever manufactured and the last ever delivered aircraft of this type.

Since November 2013, Lufthansa Cargo has been gradually replacing the MD-11F freighters with twin-engine Boeing 777 freighters, which are much quieter and operate with lower emissions.