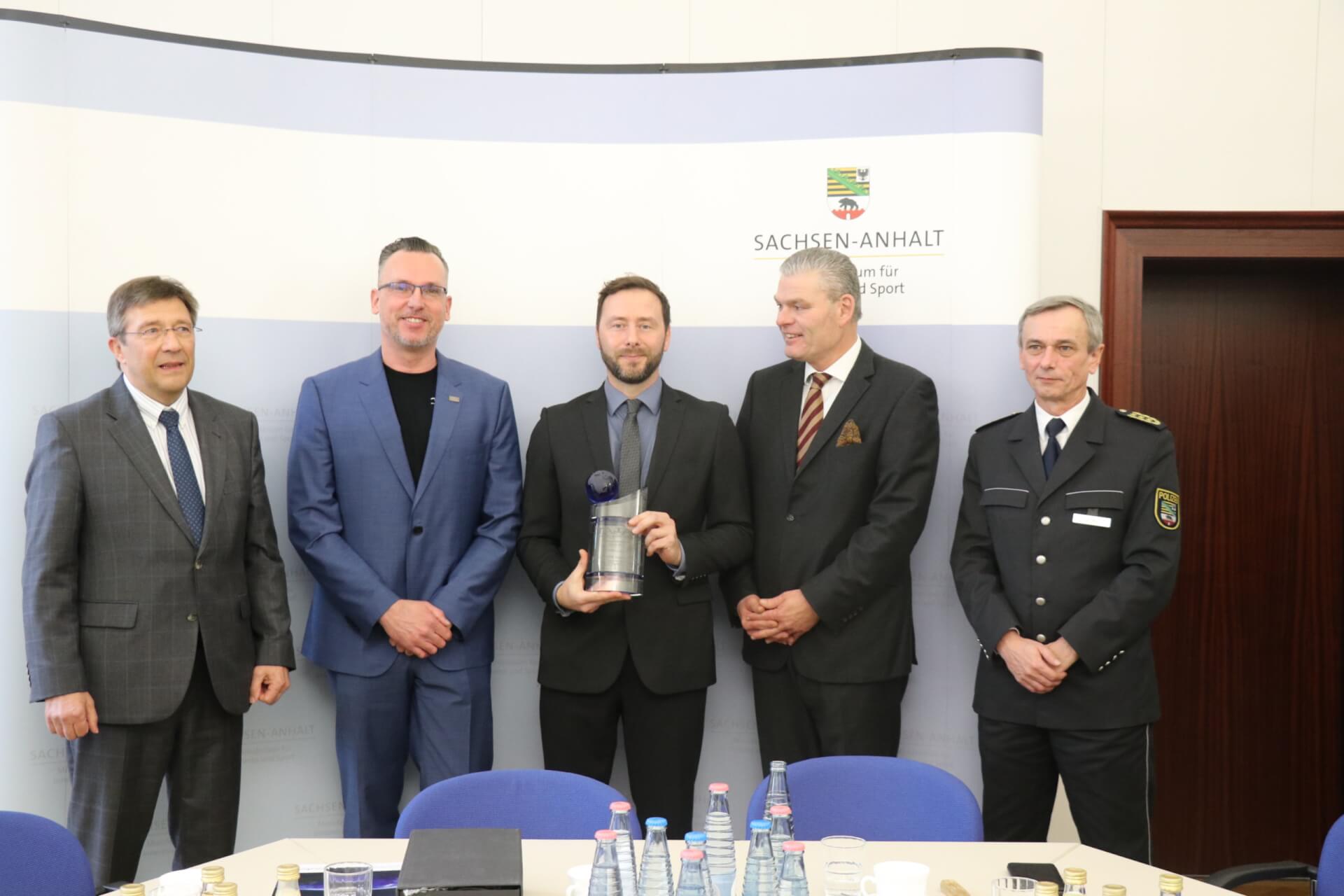 The Transported Asset Protection Association (TAPA) has honoured the EU Project CARGO initiative implemented by the State Criminal Office (AKA) of Saxony-Anhalt for its outstanding contribution to reducing cargo thefts in Europe and easing the burden of these crimes on businesses, national economies and consumers.

In recognition of Project CARGO’s achievements, Thorsten Neumann, President & CEO of TAPA EMEA – the world’s leading Security Expert Network for everyone in the supply chain –  today presented a TAPA Excellence Award to Holger Stahlknecht, Interior Minister of Saxony-Anhalt, describing the initiative as “one of the best examples of collaboration in crime prevention.”

In 2019, TAPA was the first industry association invited to participate in the Project CARGO programme, bringing the knowledge, expertise and intelligence of its hundreds of major global manufacturers and logistics service providers to support Project CARGO’s objectives.

Cargo theft now represents one of the biggest challenges for businesses operating in Europe. A study by the European Parliament previously estimated the cost of cargo crimes in Europe to be some €8.2 billion a year. The launch of the EU-funded Project CARGO on 1 July 2018 – involving investigators from five EU Member States – was to target mobile organised crime groups specialising in cargo theft, which often use the income from these offences to fund other forms of serious crime.

Project CARGO’S focus has been to target organised crime groups involved in truck ‘tarpaulin cutting’ crimes, one of the biggest causes of product losses from supply chains in Europe. Since its launch, Project CARGO has successfully conducted operations to dismantle the operations  of crime groups across the continent and brought gang members to justice, thanks also to the proactive support of Europol, the European Union’s law enforcement agency, and Eurojust, the EU agency dealing with judicial co-operation in criminal matters among agencies of the Member States.

Thorsten Neumann commented: “Project CARGO and the leadership shown by the State Criminal Office of Saxony-Anhalt has been outstanding in helping to reduce cargo crime in Europe. The organised crime groups it is targeting are known to be active in countries across Europe, regularly targeting trucks and facilities and, often, stealing goods worth over €1 million in a single attack.

“As well as the physical threats to drivers and company employees, these losses can seriously impact the performances and reputations of businesses, and impact consumers through rising product prices. We are proud to be an active participate in Project CARGO and hope it will be given the funding to carry on its great work in the long-term because there is no question that it is delivering positive results. This is vital because, all over the world, cargo theft is rising year-on-year and this requires a strong and coordinated response. Project CARGO is a model we would like to see replicated in other major trading markets around the world.”