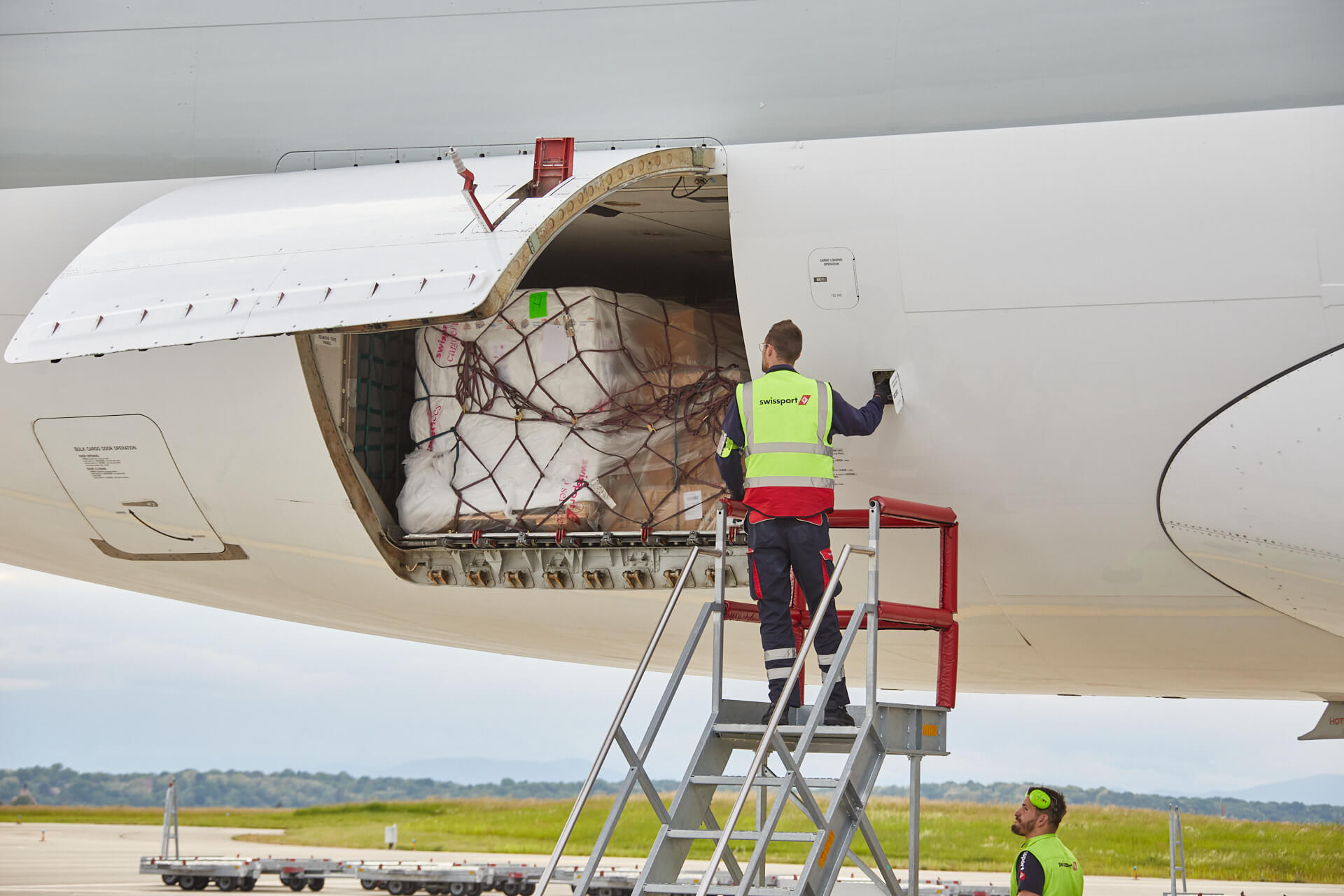 Following the announcement on 21 August 2020 of an agreement ‘in principle’, Swissport has now entered into binding agreements on a comprehensive restructuring and refinancing (the “Lock-Up Agreement”) and on a 300 million euros super senior interim debt facility (“Interim Facility”).

“Today’s binding agreements secure Swissport’s long-term future. We are pleased that a consensual deal has been reached with a majority of our creditors and our current shareholder,” says Eric Born, Group President & CEO of Swissport International AG. “The restructuring, and the robust financial platform it brings, will enable us to confidently trade through the market recovery and positions Swissport as the first choice partner for airlines around the globe.”

“Swissport is one of the first companies globally to agree to a restructuring following the outbreak of the COVID-19 pandemic. With much lower debt and 500 million euros additional cash injected, we will be well positioned going forward to invest into the business and accelerate growth. We expect to see increased outsourcing of ground handling services by airlines and being able to take volumes from some financially weaker competitors,” adds Peter Waller, CFO of Swissport International AG.

Under the terms of the Lock-Up Agreement, Swissport will shortly be launching an M&A process to run in parallel with other restructuring steps as customary in such situations. Absent any qualifying third-party bid, the senior secured creditors will own substantially all the equity of Swissport, with the seven institutions of the AHG controlling more than 75%. The Lock-Up Agreement further provides for a conversion into equity of all existing super senior and senior secured debt, the extinguishment of all senior unsecured and all junior debt at corporate level, as well as the provision of a new 500 million euros four-year debt facility. The new 500 million euros facility will refinance the 300 million euros Interim Facility and will give Swissport the resources to invest into the business, drive operational improvements and to accelerate growth globally. The financial restructuring is expected to be completed in late 2020.

HNA will share in the value creation of Swissport post-restructuring contingent on a future exit valuation. The PIK Lenders will have a 2.5% equity stake and warrants.

Swissport and the AHG have also entered into binding documentation for a 300 million euros super senior interim facility. This additional financing complements the more than 200 million euros of liquidity Swissport still currently has on its balance sheet and provides Swissport with ample liquidity to trade through the COVID-19 pandemic and to facilitate the restructuring process.

Under the terms of the Lock-Up Agreement, Swissport has agreed to work with the AHG, the PIK Lenders and HNA with a view to implementing a restructuring transaction in respect of the Swissport group, and the agreement includes, among other things:

– undertakings to facilitate such restructuring on the terms set forth in the Lock-Up Agreement;
– an M&A process with a view to identifying any third party interest in acquiring the Swissport business;
– the company will be required to satisfy certain milestones with respect to the restructuring and the M&A process;
– absent qualifying third-party bids in the M&A process, the Lock-Up Agreement provides for conversion into equity of all existing super senior and senior secured debt and the extinguishment of all senior unsecured debt at corporate level (excluding local financing facilities in subsidiaries) at completion of the restructuring, as well as the provision of a new up to 500 million euros four-year debt facility (the “New Term Loan”);
– the New Term Loan would refinance the 300 million euros super senior interim facility;
– up to 100 million euros of senior secured debt may be reinstated, ranking pari passu with the New Term Loan, and offered to existing senior secured creditors, to the extent they participate in a new revolving credit facility of up to 200 million euros (the “New RCF”);
– such restructuring is intended to be implemented consistent with an agreed steps plan, which contemplates using a scheme or schemes of arrangement and/or other customary enforcement processes;
– the relevant CA Lenders, SSN Holders and PIK Lenders party to the Lock-up Agreement have given certain forbearances in connection with, among other things, the implementation of the financial restructuring and have agreed not to take any enforcement action (subject to certain customary exceptions) in respect of the same;
– the commencement of a 21-day subscription period following the first utilization of the Interim Facility pursuant to which CA Lenders and SSN Holders that are not members of the AHG have the opportunity to accede to the Lock-Up Agreement and participate in the Interim Facility and the New Term Loan, with a longer subscription period for the New Term Loan, in respect of their pro rata share;
– the relevant creditor groups are subject to certain limitations in respect of any transfers or sub-participations of any of their debt subject to the Lock-up Agreement (including, for example, that any transferee or sub-participant is or agrees to be bound by the terms of the Lock-up Agreement);
– Swissport will be taking the necessary steps to facilitate the implementation of the restructuring or sale of the business in a manner that takes account of legal and regulatory obligations in various jurisdictions to ensure the success of such processes;
– SSN Holders and CA Lenders shall be entitled to a lock-up fee equal to 0.25% of their locked up debt in connection with their entry into the Lock-Up Agreement and their support of the restructuring, payable at completion;
– customary mutual releases with respect to actions taken in connection with the restructuring and actions prior to completion of the restructuring, as well as certain indemnities in connection with actions taken in furtherance of the restructuring or the M&A process;
– certain termination events apply, including where the restructuring has not completed by the agreed long stop date; and
– the financial restructuring is currently expected to be completed in late 2020.

Concurrently with entering into the Lock-Up Agreement, Swissport and the AHG have entered into a 300 million euros super senior Interim Facility. The Interim Facility will be borrowed in two utilizations with the first utilization to be provided by the AHG in an amount equal to their pro rata share of holdings. The first utilization is scheduled to occur in the coming days. The second utilization is expected in approximately 4 weeks thereafter following an offer to participate in the Interim Facility to non-AHG SSN Holders and CA Lenders up to their pro rata share of holdings (which is fully backstopped by the AHG). The pro rata participation offer is expected to be launched in the coming days.

In return for the backstop provided by the AHG, the AHG will be entitled to a backstop consideration fee of 2.5%, payable on the amounts drawn under the Interim Facility.

– a cross-default to the Interim Facility (with no de minimis threshold); and
– an immediate event of default which will be triggered in circumstances where the principal amount of any loans under the Interim Facility are prepaid or repaid (including at maturity) without a concurrent repayment in full of all outstanding amounts under the Credit Agreement (other than where such prepayment or repayment occurs upon the implementation and consummation of a restructuring as contemplated by the Lock-Up Agreement).

The consent solicitation to implement the required amendments to the SSN Indenture (effectively equivalent to the Credit Agreement amendments mentioned above) is expected to be launched in the coming days.

The New Term Loan is fully backstopped by the AHG which, in return, will be entitled to a backstop consideration of 2.5%. The New Term Loan will have a four year maturity, callable at par plus accrued interest for the first 24 months and at 10% premium payable thereafter until maturity.

There can be no guarantee that the restructuring transactions contemplated by the Lock-up Agreement will be implemented on the terms set out above, and any financial restructuring of Swissport may be on significantly different terms to the ones set forth in this announcement or not be consummated at all. Furthermore, the completion of the transaction may take significantly longer than Swissport is currently anticipating.