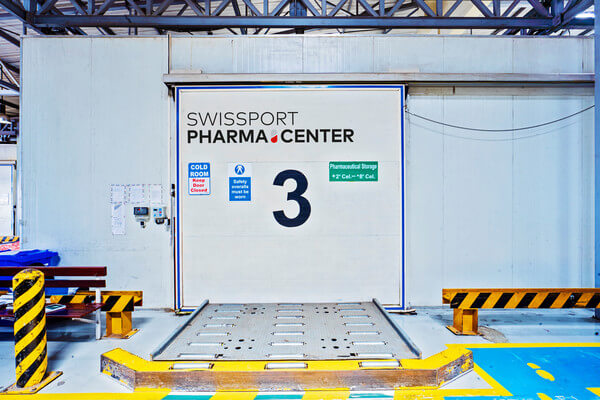 IATA’s Center of Excellence for Independent Validators in Pharmaceutical Logistics (CEIV Pharma) has certified Swissport’s upgraded cargo warehouse at Nairobi’s Jomo Kenyatta International Airport (NBO). Swissport is the first globally active air cargo handler to receive the certification for a facility in Africa. CEIV Pharma protects the integrity of pharmaceutical products by ensuring that all facilities, equipment, operations and personnel comply with all applicable standards and regulations expected by pharmaceutical manufacturers.

Since the initial opening of the Nairobi logistics center in 2010, Swissport has continuously expanded its on-site offering and now further invested in a state-of-the-art temperature-controlled area with 208 rack positions and a capacity of 250 tons of pharmaceutical shipments. The new Swissport Pharma Center Nairobi is the first of its kind at the airport of the Kenyan capital. Swissport now offers clients an end-to-end cool chain from the delivery of shipments to the warehouse until cargo is loaded into the aircraft. The temperature-controlled area accounts for 13% of the total warehouse space of 10,400 square meters. The dedicated Pharma rooms have temperature ranges of +15 to +25 Celsius as well as +2 to +8 degrees Celsius. Additionally, there is a special cooling unit for goods which require a temperature range of -10 to -20 degrees Celsius.

With annual growth of nearly ten percent and a turnover of over 57,000 tons in 2019, Nairobi Jomo Kenyatta International Airport is an important cargo location in Swissport’s global network of 115 warehouses. With the official opening of the new cool facilities today, Swissport has added the 9th location to its growing network of Swissport Pharma Centers. Since the CEIV Pharma certification of Swissport’s facility in Brussels in 2015, the first facility world-wide to be certified, Swissport successfully subjected its operations in Amsterdam, Barcelona, Basel, Frankfurt, Helsinki, Madrid, Miami, Montreal and now Nairobi to the rigorous CEIV certification process.

The Brussels facility is currently undergoing a multi-million Euro refurbishment and expansion, which prompted Swissport to request a suspension of the certification. In October 2019, the new Swissport Pharma Center in Brussels started operations. After completion of the entire project in the course of this year, the plant will be recertified. Later in the year, Melbourne, Australia, will be going online with a pharma cooling infrastructure as well.