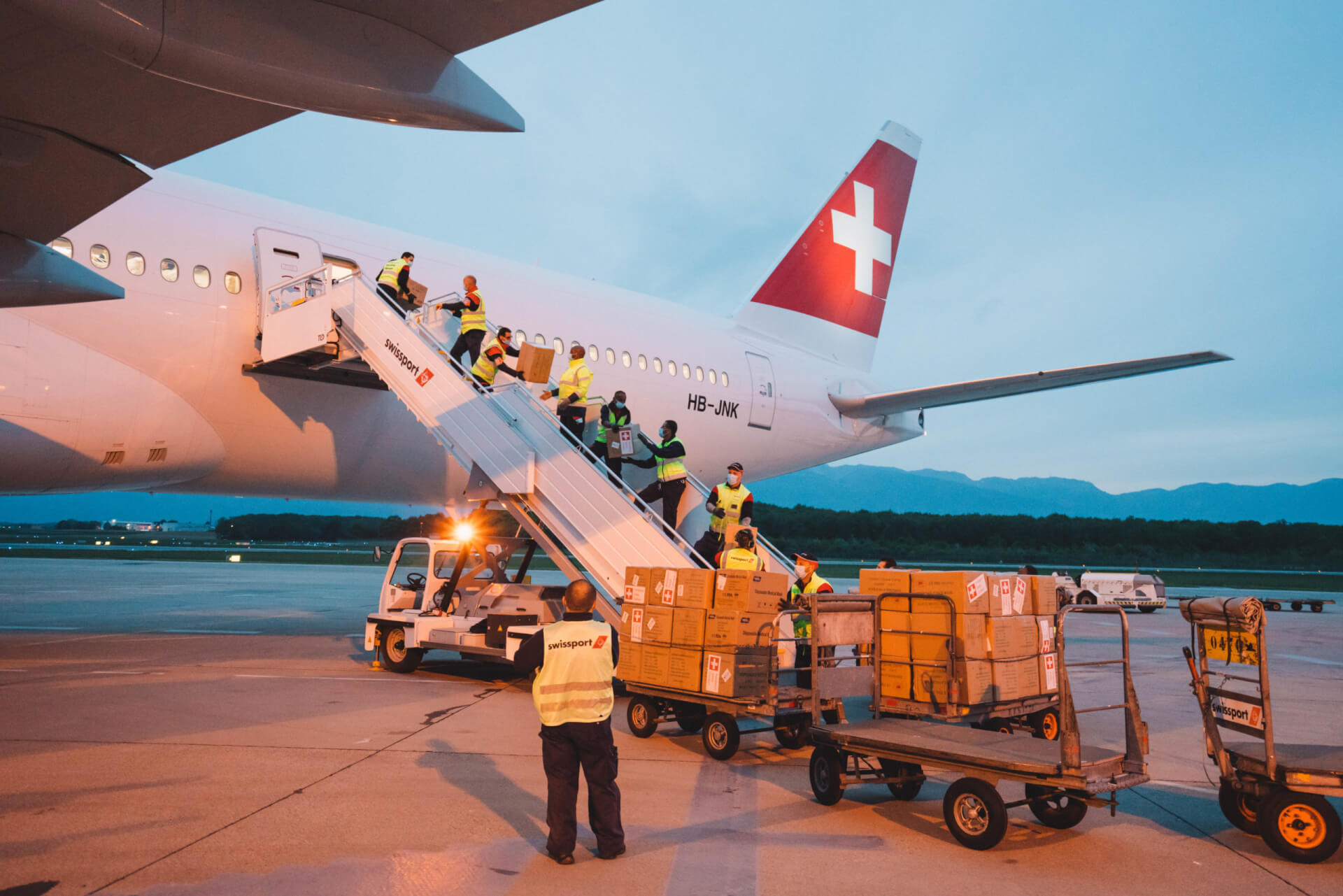 On behalf of Geneva University Hospital (HUG) and the Canton of Geneva, SWISS transported medical supplies from China to Switzerland, supported by its Swiss WorldCargo airfreight division. This operation was conducted in collaboration with Swiss Centers China. It was SWISS’s first cargo-only flight to Geneva.

The Boeing 777 carried syringes and several million surgical masks. On this cargo-only flight no passengers were carried, the material was transported in the aircraft’s cargo hold and passenger cabin. The flight from Shanghai landed at Geneva airport at 7:45pm on 21 April.

Conversely, goods were transported from Switzerland to China on behalf of other partners in the interests of the Swiss export economy and the worldwide movement of goods.

To date, SWISS has already operated approximately 30 cargo flights from Shanghai, Beijing and Hong Kong to Switzerland. Further cargo flights to and from China and other countries are being planned to ensure the functioning of supply chains between Switzerland and the world.