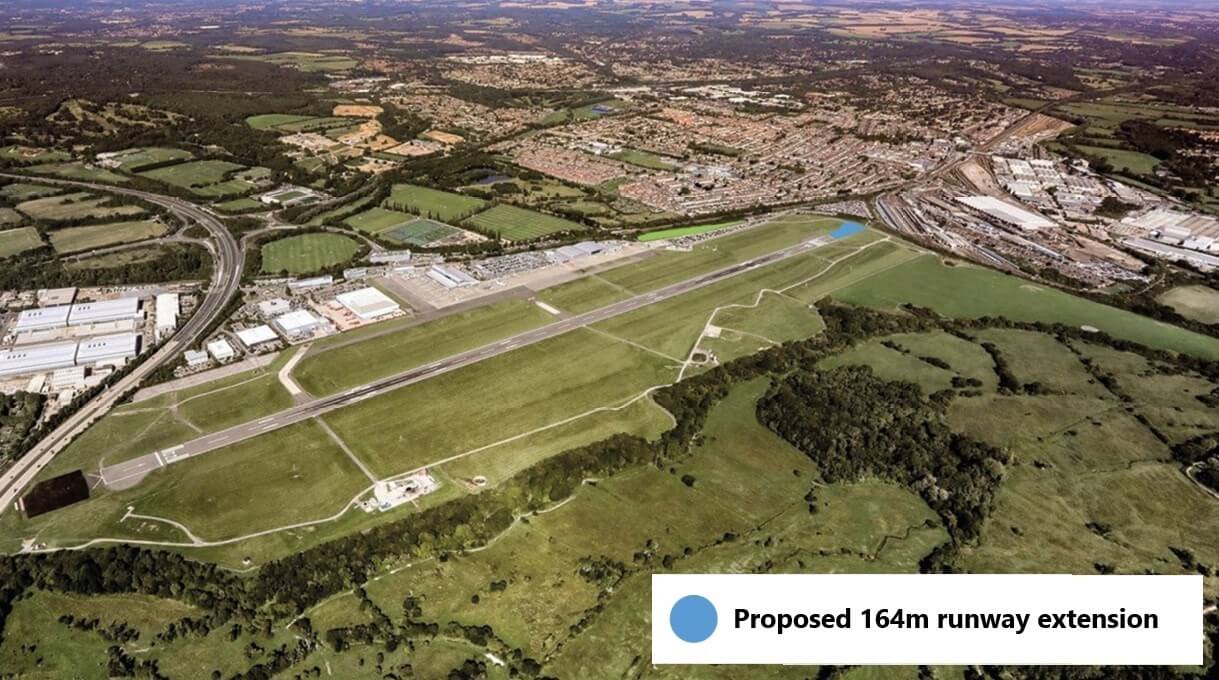 Southampton Airport has won permission to extend its runway by 164m.

The extension at the north end of the runway would bring the total length up to 1,887m and allow the airport to operate flights for aircraft with a greater range.

The approval for the controversial plan was granted by Eastleigh Borough Council following a 19-hour debate and opposition groups have pledged to consider their next moves.