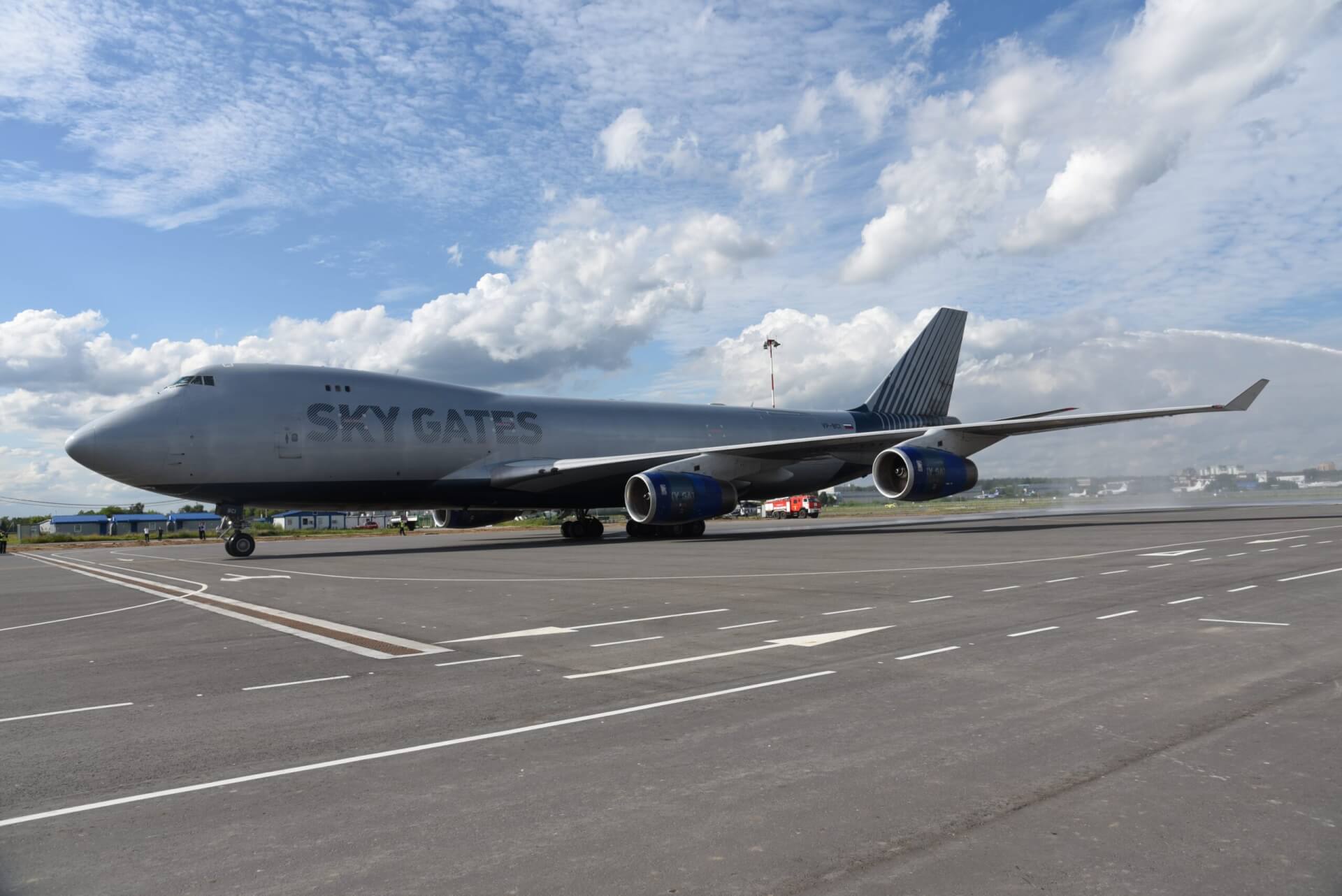 As a result of successful technical landings over the last weeks, the Russian cargo airline SKY GATES CARGO AIRLINES is launching new scheduled airfreight services to and from Moscow Zhukovsky International Airport (ZIA) in August 2020. Already last year the airport introduced regular passenger services. This July a newly constructed state-of-the-art air cargo terminal opened as well, equipped with sophisticated warehouse technology and being able to handle all kinds of cargo. This terminal also offers a dedicated area for temperature-controlled cargo.

SKY GATES started to operate scheduled flights out of Frankfurt-Hahn, Baku and Zhengzhou to Moscow-Zhukovksy a total of three times a week, completing its Russian network, as they already serve Moscow-Sheremetyevo and Novosibirsk on a scheduled base. SKY GATES also covers customs clearance and last mile delivery service with Moscow and the region provided by the partner companies of SKY GATES CARGO AIRLINES.

“This service is unique. Through modern technologies and online customs clearance proceedings we can offer a truly integrated product, be it through Moscow Sheremetyevo and now as well through Moscow Zhukovsky, covering a dedicated last mile delivery via ZIA,” comments Alexander Khmelevskikh, the Sky Gates General Director.

The new base at Moscow Zhukovksy International Airport includes a 9,200 square meters modern cargo terminal with a temporary storage warehouse, customs infrastructure and storage areas for temperature-sensitive cargo and live animals. The apron with an area of 90,000 square meters will be able to serve four Boeing 747 type aircraft or six medium sized aircraft.

He further comments on the cooperation with Moscow Zhukovksy International Airport and its management: “We truly appreciate the efforts and partnership we have developed with Zhukovsky Airport which is located near the Eastern municipal borders of Moscow. With our scheduled operations to Moscow Sheremetyevo we complete our product portfolio to and from Moscow, offering a very interesting alternative air cargo gateway to the buoyant Russian capital”.

SKY GATES CARGO AIRLINES with its headquarter in Moscow is operating a fleet of Boeing 747-400 full-freighter airplanes and has formed a partnership with SilkWay West Airlines offering a global air cargo network.