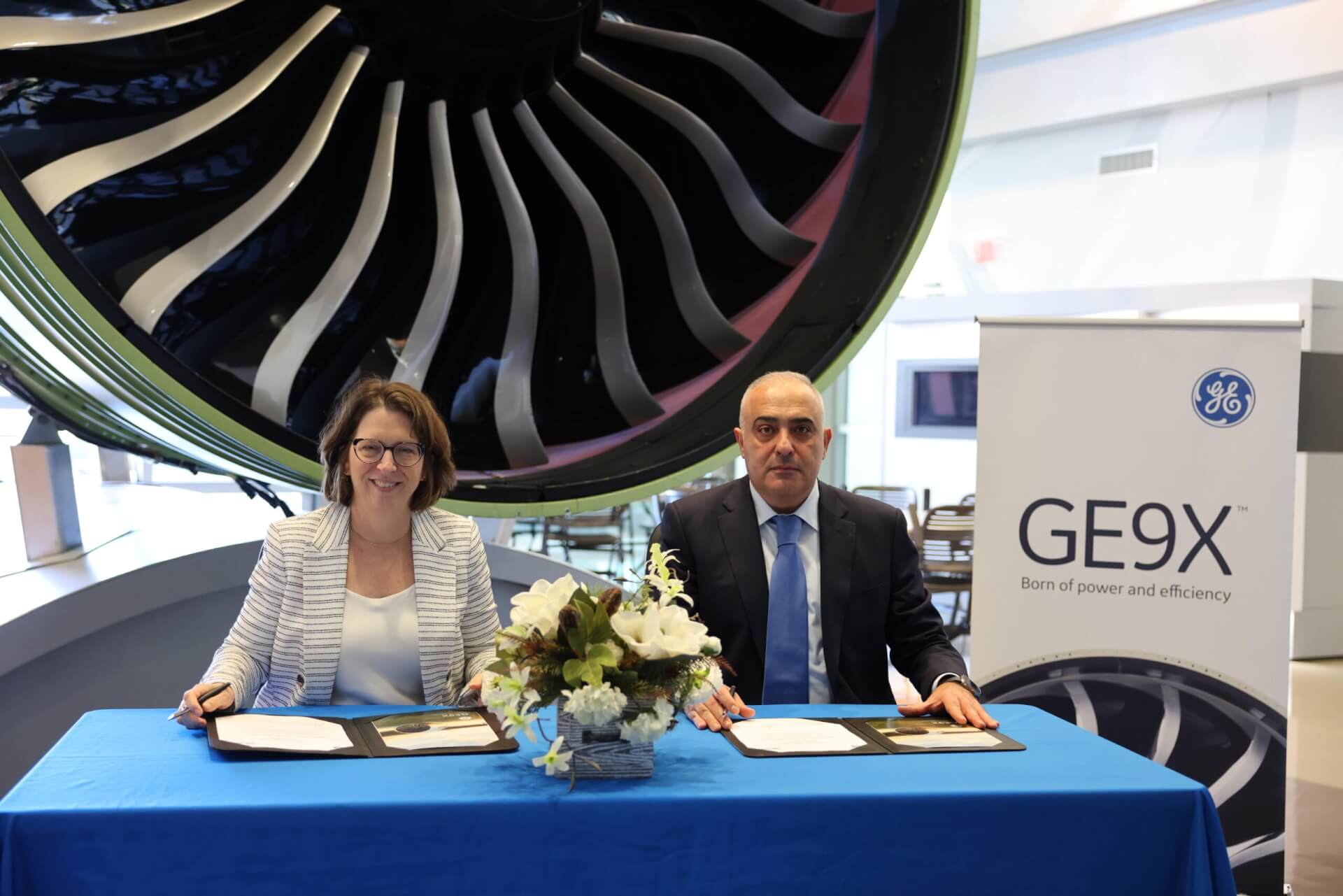 Baku, Azerbaijan, 23 November 2022 – Silk Way West Airlines has signed an order with GE Aerospace for a
total of 16 GE9X and GE90 engines to power its new fleet of long-haul Boeing aircraft. The new engines, the
world’s most powerful models, will contribute to the Azerbaijani cargo airline’s sustainability goals by reducing
its fuel consumption.
Silk Way West Airlines recently announced the purchase of two Boeing 777-8F, which will be powered by GE9X
engines, and will receive additional GE90 engines for five Boeing 777F ordered in April 2021. The order
comprises five GE9X and eleven GE90 engines in total and further contributes to the modernization of the
carrier’s cargo fleet.
The GE9X is the most powerful aircraft engine in history and the quietest model ever produced by GE. It will
deliver a fuel consumption improvement of up to ten percent compared to the GE90-115B, and like all GE
commercial engines, both the GE9X and GE90 are compatible with any approved sustainable aviation fuel. The
new engines will therefore not only enhance Silk Way West Airlines’ operational performance but also
contribute to its strategy of increased cargo transport sustainability.
During the signing ceremony, Zaur Akhundov, President of Silk Way Group, highlighted the importance of the
relationship with GE Aerospace, saying: “We are pleased to continue our longstanding successful cooperation
with GE Aerospace. The signing of this agreement marks the strengthening of our relationship. Thanks to this,
Silk Way West Airlines will move confidently into a sustainable future with a more efficient fleet that meets the
highest emissions and noise standards. We believe this partnership expansion will help us meet our long-term
strategy of sustainable growth as well as our environmental commitments, and will continue to improve
services for our valued customers.”
“The GE9X engine offers a combination of performance and fuel efficiency that is unmatched in its class,” said
Kathy Mackenzie, President and CEO, Commercial Engine Operations at GE Aerospace. “We are proud to expand
our relationship with Silk Way West as they continue to modernize their fleet for cargo operations.”
About Silk Way West Airlines
Founded in 2012 in Baku, at the heart of the Silk Road, Silk Way West Airlines operates hundreds of monthly flights
across the globe via its fleet of 12 dedicated Boeing 747-8F and 747-400F aircraft based at Heydar Aliyev
International Airport. On April 28, 2021, Silk Way West Airlines signed a strategic fleet expansion agreement with
Boeing for the purchase of five new 777 Freighters, followed by a further agreement signed on November 10, 2022
for the purchase of two state-of-the-art 777-8 Freighters. Silk Way West Airlines also agreed the purchase of two
A350 Freighters with Airbus on June 28, 2022.
The airline’s annual cargo turnover exceeds 500,000 tons, while its growing route network covers over 40
destinations across Europe, the CIS, the Middle East, Central and Eastern Asia, and the Americas.
About GE Aerospace
GE Aerospace is a world-leading provider of jet engines, components and systems for commercial and military
aircraft with a global service network to support these offerings. GE Aerospace and its joint ventures have an
installed base of more than 39,000 commercial and 26,000 military aircraft engines, and the business is playing a
vital role in shaping the future of flight.