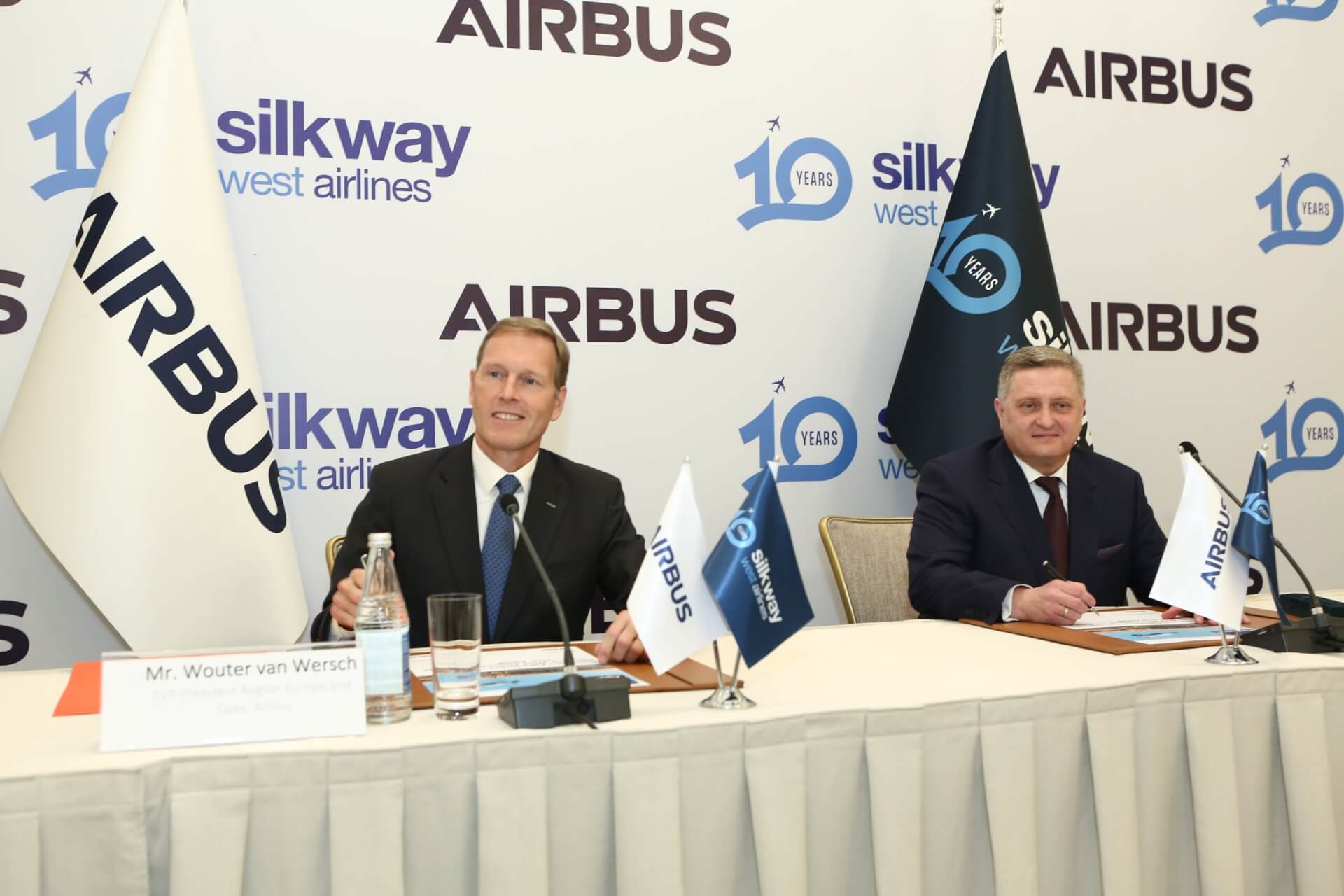 Silk Way West Airlines has signed an agreement with Airbus for the purchase of two A350 Freighters, with delivery planned over 2027-2028.

An option for two further aircraft of the same model was included.

The agreement, the first between the two companies, was signed at a ceremony in Baku on June 28, 2022, attended by Mr. Wolfgang Meier, President of Silk Way West Airlines, and Mr. Wouter Van Wersch, Executive Vice President Region and Sales Europe Airbus.

The investment marks a further step in Silk Way West Airlines’ expansion of its international network to meet growing demand for cargo transportation.

This is the first order for A350F in the Central Asia and CIS region.

The A350F is based on the world’s most modern long-range aircraft, the A350. As new member of the A350 family, the A350F benefits from state-of-the art technology, aerodynamics and unrivaled operational flexibility and reliability.

The aircraft will feature a large main deck cargo door and a fuselage length optimized for cargo operations.

Over 70 percent of the airframe is made of advanced materials resulting in a take-off weight reduction of 30 tons, which together with an optimized and modern cargo loading system and a 109-tonne payload capability serves all types of freight.

Powered by Rolls-Royce engines, the A350F is in the large category of new-generation freighter aircraft, and generates lower fuel burn and CO2 emissions.

As one of the world’s most efficient and environmentally friendly freighters, these latest additions to the Silk Way West fleet will contribute to the airline’s sustainability goals.

“We are delighted to sign the first but surely not the last agreement with Airbus, which marks the start of what I am sure will be a very fruitful partnership as we strive for future growth. Today, our guests witnessed a defining moment in Silk Way West Airlines’ history,” said Mr. Wolfgang Meier, President of Silk Way West Airlines.

“I am confident of the success that the acquisition of these new aircraft will bring us, and the signing of this agreement marks a new milestone in the growth of our company.

“There is no doubt that this partnership will strengthen the company’s leading position in the global air freight market over the next 15-20 years.”

The deal marks a further step in Silk Way West Airlines’ ambition to broaden its footprint on the global cargo market and strengthen its leadership in the region.