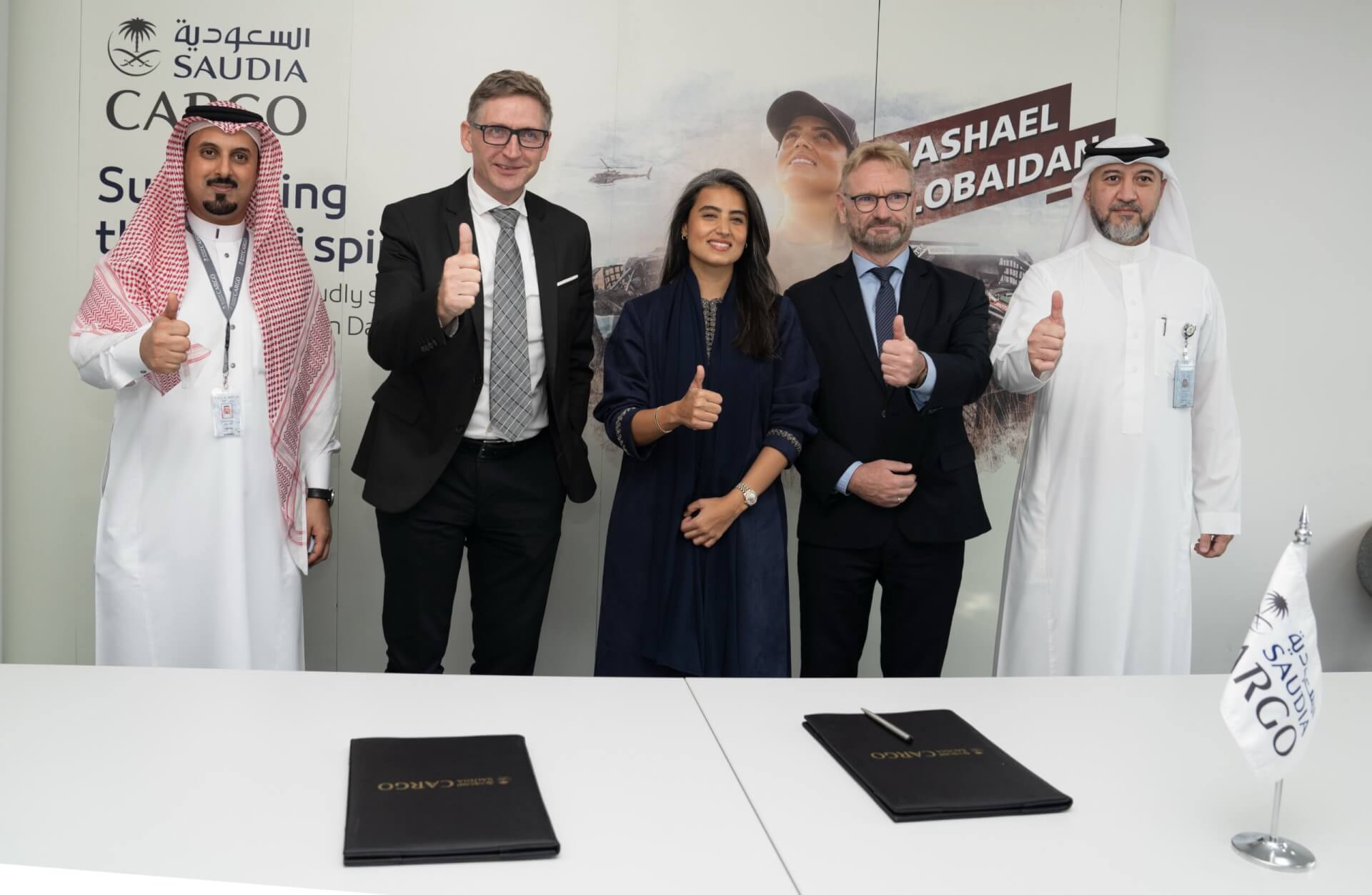 Saudia Cargo has signed a sponsorship agreement with the Kingdom of Saudi Arabia’s first female, accredited rally driver at Rally Dakar, Mashael AlObaidan, as part of the company’s continuous contributions to the Kingdom’s various entertainment and sporting events.

The 33-year-old ambitious driver is ready to take part in Rally Dakar in 2022, as the first Saudi and Arab female participant, in the prominent worldwide race event.

The event will kick off next year in Saudi Arabia for the third time in a row with drivers of 70 nationalities participating in Rally Dakar’s five different categories.

The rally track will start from the City of Hail ending in Jeddah and is famous for being the world’s longest and hardest rally track where drivers cross multiple cities facing different weather conditions and challenging complex topographies.

“We realize the importance of all events hosted by the Kingdom and the active role we play by utilizing our capacities and logistics services to ensure the success of such premium and challenging races,” Teddy Zebitz stated.

“It is important to recognize the shared values and attributes between rally drivers and Saudia Cargo, where both face challenging routes, undergo long-haul races, and recognize the necessity of overcoming obstacles with great elegance under pressure.

“This requires agility, flexibility and unwavering resilience and commitment.

“These are the qualities and standards that drives us daily, as we deliver our services around the world.

“Clearly, the common values between Saudia Cargo – that exists to serve our global community – and rally driver Mashael AlObaidan are distinctly recognizable.”

With pride, Mashael stated: “It is an honor to participate in one of the toughest rallies in the world, with Saudia Cargo as a partner.

“Thanks to Saudia Cargo’s sponsorship, I have reached a major milestone in my career.

“This is an exciting time for me on several levels, primarily as having the opportunity to represent my country, and to honor the tenets of Vision 2030 in progressing the Kingdom forward.”