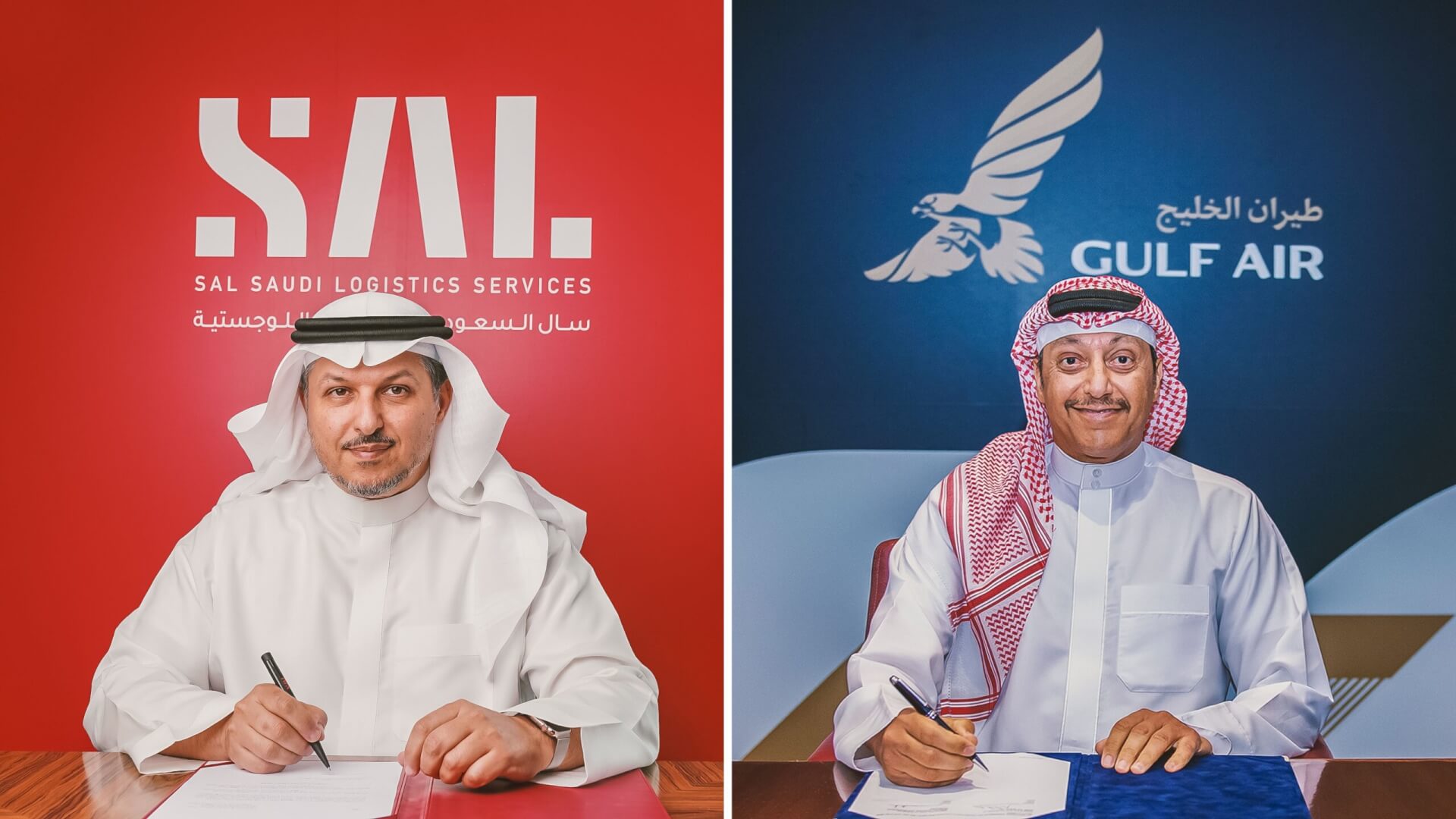 SAL, Saudi Logistics Services company, signed an agreement with Gulf Air – the Kingdom of Bahrain’s national carrier – to provide ground handling solutions to their fleet at all KSA main airports.

The Saudi company said that this 7-year agreement is another step towards enhancing the expansion plans and strategic relations with diverse airlines with high cargo operational capacity.

SAL’s CEO Hesham Alhussayen noted that the agreement represents years of mutual cooperation in both passenger and cargo flights with Gulf Air, and that the Bahraini leading airline will benefit from SAL’s wide range of logistics services and offerings.

He highlighted the pivotal role SAL plays in facilitating cargo movement at all main airports where the company utilizes its full logistic capacity to effectively serve airlines through its full-fledged modern facilities according to high international standards.

Gulf Air’s Acting Chief Executive Officer Captain Waleed AlAlawi welcomed the partnership and noted that such agreements will strengthen its presence and expansion into important markets such as the Kingdom of Saudi Arabia.