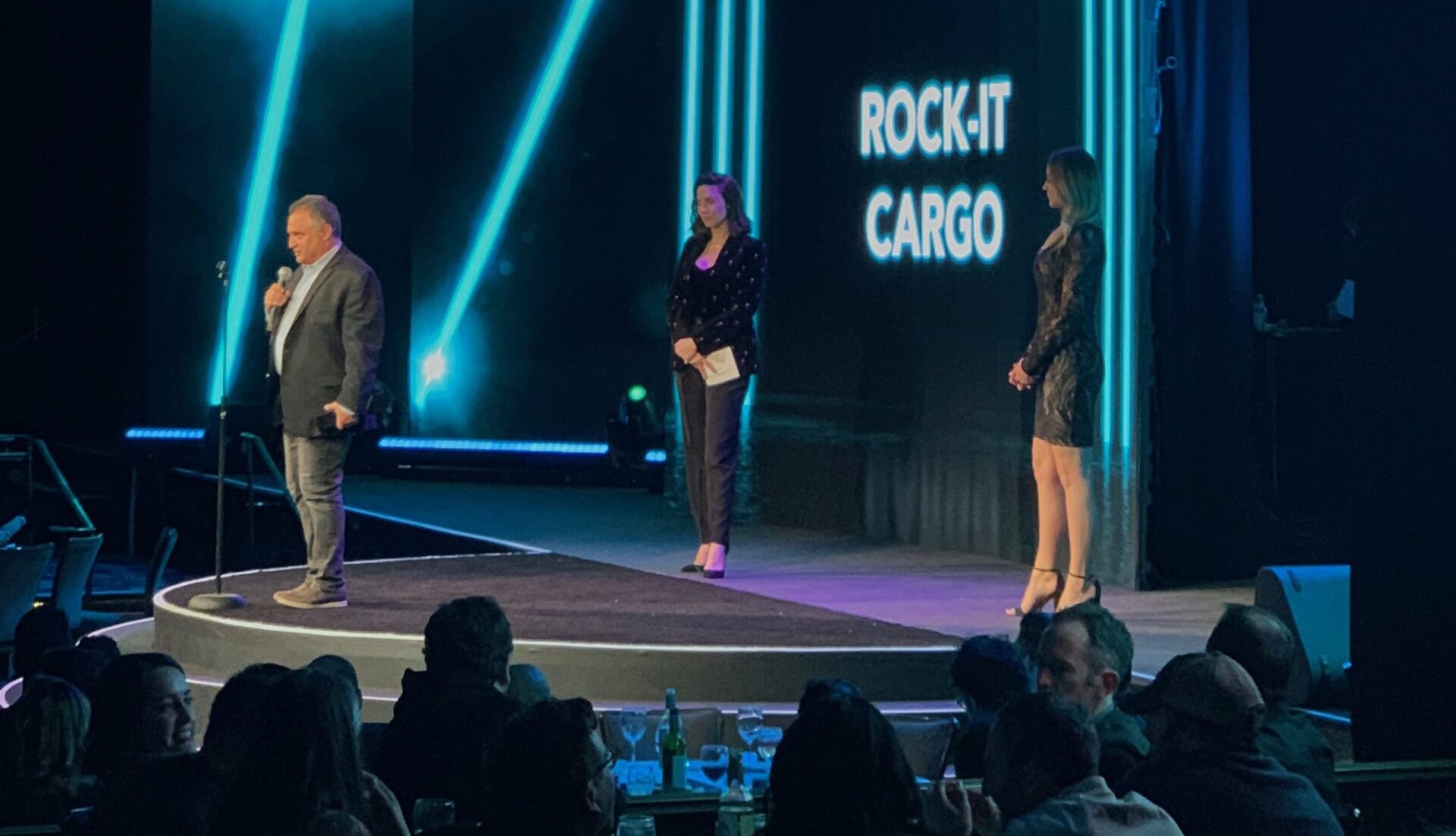 Rock-it Cargo earned top honors in the Transportation Company of the Year category at the annual Pollstar Awards held on Thursday, February 6th 2020 at The Beverly Hilton in Los Angeles, California.

Rock-it was one of six companies nominated in the category recognizing “outstanding integrity, professionalism and creative achievement in coach, cargo or other transportation or logistics services for tour(s) in 2019.”

Pollstar has served as the self-described “voice of live entertainment for over thirty-eight years”, providing data for the global concert industry across a variety of metrics including box office and ticket sales.

Sir Elton joked with the crowd that he flew in from New Zealand for his “second Thursday” to receive the award in person.

Rock-it’s former CEO and current Chairman of the Board David Charles Bernstein was in attendance and accepted the award on behalf of the company.

“The highest marks that we can receive as a company is recognition by an audience of our customers and peers of what we have accomplished not just in a given year, but over time,” says Rock-it Cargo CEO and President Paul J. Martins.

“This award is shared among our four hundred and fifty worldwide employees without whose unwavering commitment to our customers and artists this would not be possible.”

“We offer our thanks to the voters who put Rock-it in the winner’s circle this year and look forward to continuing to earn our customers’ trust with each tour opportunity we are awarded, year in and year out.”