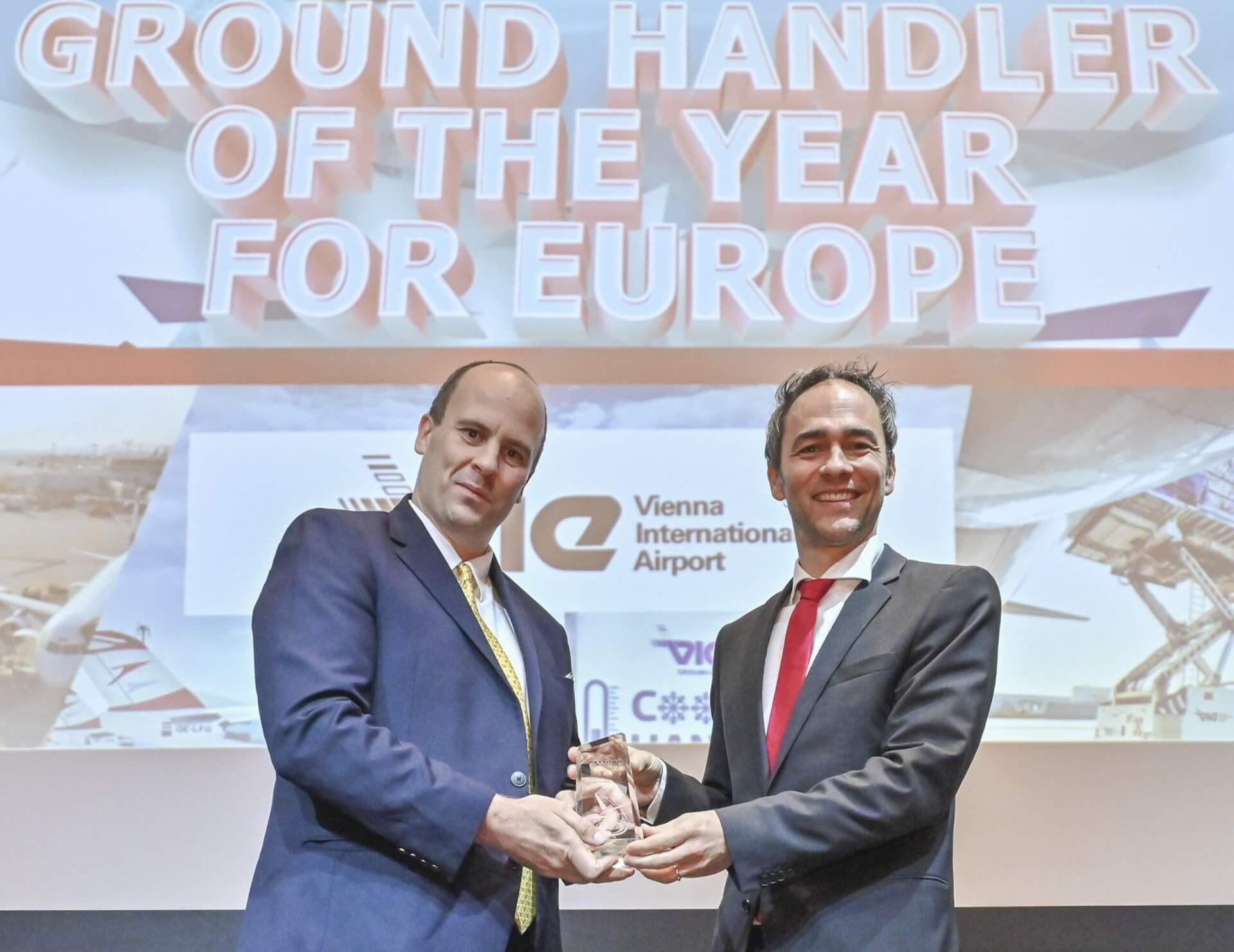 Thanks to its Air Cargo Centre, Vienna Airport was honoured with the award “Ground Handler of the Year” by the trade magazine Payload Asia.

The award acknowledges the top quality in the apron and cargo handling and underlines Vienna Airport’s excellent positioning as a high-performance, international hub for air cargo.

Its extensive investments in the logistics infrastructure have enabled Vienna Airport to become a global cargo hub for transport operations between Europe and Asia, convincing airlines and cargo carriers thanks to its quick and reliable freight handling and transhipment – also in peak and crisis times.

The Payload Asia Awards were bestowed for the ninth time on 28 October 2022 in Singapore.

“Congratulations to the airport team, which displays such a high level of commitment day in and day out and ensures top quality services in apron and cargo handling.

This award is one of a series of distinctions which our airport has already won this year, thus serving as further confirmation of the high performance of Vienna Airport.

Vienna has proven its value as a reliable international hub, especially in times of crisis.

For this reason, my special thanks go to the entire airport team” states Julian Jäger, Joint CEO and COO of Vienna Airport.

“We would like to thank the jury and all participants who voted for us. We see the award as an opportunity to thank our airport apron and cargo team which provides the highest quality services on a 24×7 basis.

At the same time, we consider the award to be an incentive for us to continuously improve our offering even more on behalf of our customers,” states Michael Zach, Vice President Sales, Finance & Cargo, Ground Handling & Cargo Operations at Vienna Airport.

Vienna Airport is capable of handling all types of aircraft. Customs, border guards and the health authority are also available on a 24-hour basis to serve customers.

A total of 23 countries in Central, Southern and Southeast Europe can be reached in a maximum of 36 hours via a dense road feeder network. Furthermore, the airport is also equipped to handle temperature-critical shipments thanks to its modern Pharma Handling Centre built in 2018.

Vienna Airport succeeded in quickly and securely handling more than 261,000 tonnes of freight in 2021, comprising a year-on-year increase of 20%.

Vienna Airport – High-performance cargo hub in the heart of Europe

Thanks to its favourable geographical location in Europe, Vienna Airport has positioned itself as an important global cargo hub for Central and Eastern Europe.

Thanks to its 24-hour operational readiness, the airport offers quick transhipment times.

Vienna Airport is firmly established within the European network for road feed service.

The most important consumer and economic centres in Central and Eastern Europe are reached within 24 to 48 hours.

Flughafen Wien AG, the airport operating company listed on the Vienna Stock Exchange, is one of the biggest employers in its region, with a staff of more than 5,400 people.