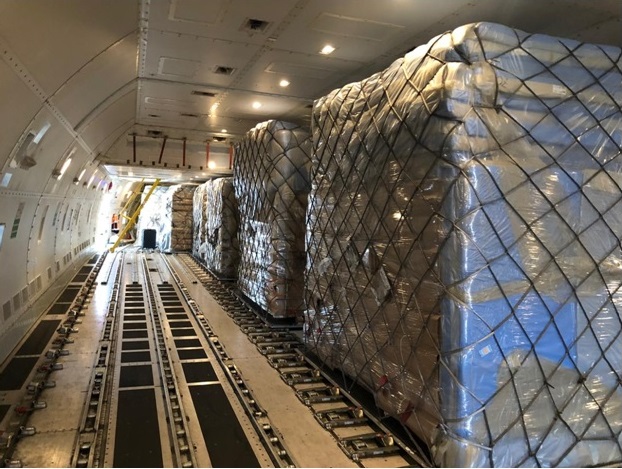 Strong, and historically atypical, demand for the start of a new year indicates that air cargo’s slow road to recovery continues. Global volumes in January 2021 were -4.5% compared to the same month a year ago, similar to December, and maintained month-on-month improvements following the -13% gap in year-on-year chargeable weight data reported by CLIVE Data Services in November.

Available global air cargo capacity in the four weeks to 31 January was -18% compared to 2020.

Niall van de Wouw, Managing Director of CLIVE Data Services, said flights in January were ‘very full for the time of year’, which might be related to consumers spending more on (high value) products than services such as travel and leisure at the start of the year.

“January’s load factors might be considered odd compared to previous years, but they are also not surprising when you look at the current dynamics in the industry. One airline recently mentioned to me that they had ‘November volumes in January’ – but it’s not free money. The market is very demanding and constantly changing, also because of the regulatory COVID landscape. Airlines are having to ‘fly by sight’ as you simply cannot know what is around the next corner. When we read that some carriers are telling customers they cannot guarantee their capacity commitments in January and February, this tells you how full flights are. On a lane level, for example, westbound and eastbound load factors across the Atlantic were higher in January than they were in November and December at 88% and 76% respectively. Capacity is tight and we sense no underlying currents which will swiftly change this.”