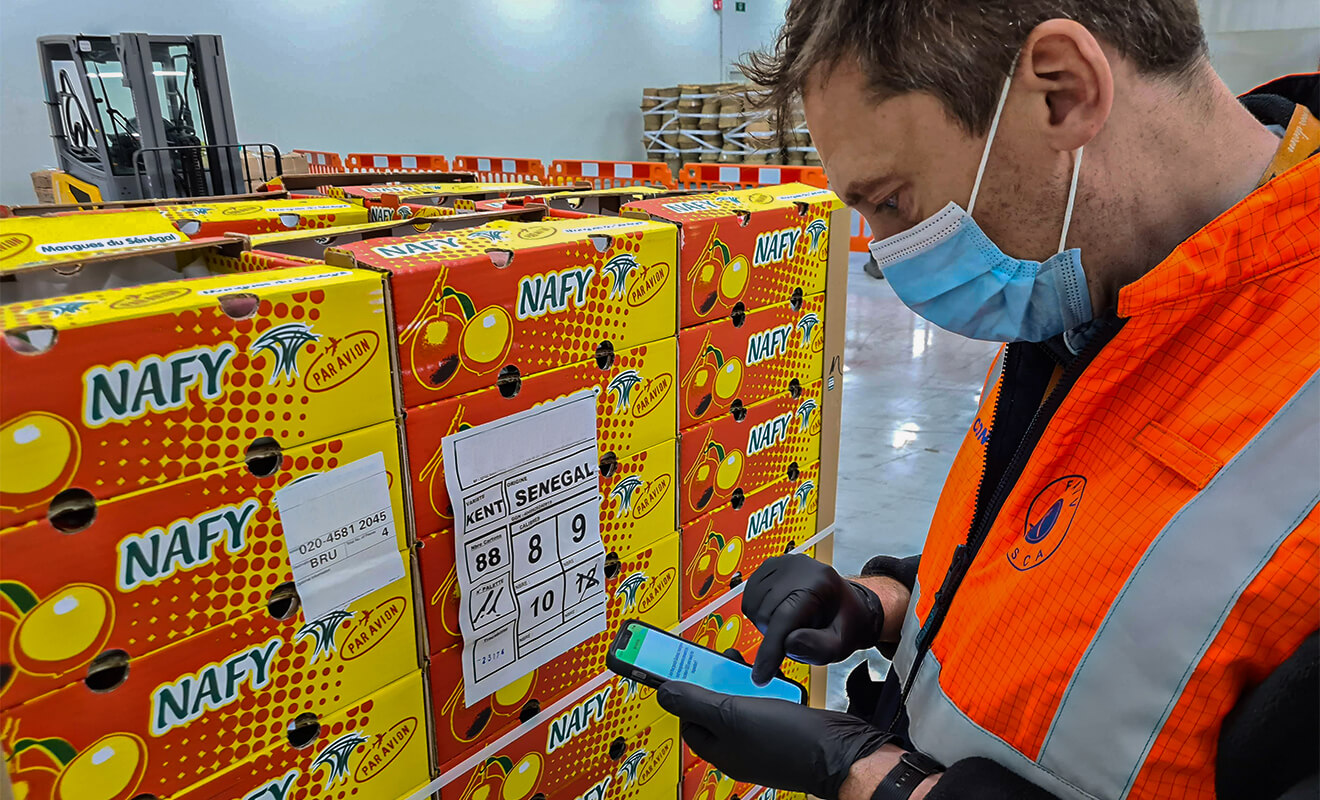 In the logistics zone of Brussels Airport, the new infrastructure for the transport of perishables of DSV-Panalpina Adelantex and Kuehne+Nagel is operational.

This concerns refrigerated warehouses with two additional border inspection posts for the Federal Agency for the Safety of the Food Chain to ensure a smooth and efficient transport and inspection of perishable goods.

In addition, the Perishable Management App has also been renewed, which makes it possible to share documents and certificates digitally and to monitor the inspection.

Perishables are the tonnes of flowers, plants and food items that are imported and exported via the airport.

The bulk of perishables passing through the airport are roses from Ethiopia, Kenya, Colombia and Ecuador, tropical fruit such as pineapples, mangoes and berries, and nuts and secondly a wide variety of vegetables from West Africa and fish and meat from Canada and the United States.

After the completion of the new warehouses on the west side of Brucargo earlier this year, the perishables infrastructure of two airport partners there is now operational.

Kuehne+Nagel expanded its extensive KN FreshChain network with the new Brucargo facility comprising 3,000 m² of temperature-controlled warehousing spaces for the unloading, handling and storage of these goods and 730 m² of covered outdoor space, with two dedicated loading docks.

DSV-Panalpina Adelantex has opened its perishables centre in cooperation with handling agent WFS, they have a temperature-controlled warehouse of 2700 m² with an additional freezer compartment at -20°C.

They have a covered outdoor area of 350 m² and four loading docks to ensure fast flow and handling of fresh goods.

Both facilities also have an internal border inspection post for the inspectors of the Federal Agency for the Safety of the Food Chain, allowing them to quickly and easily carry out phytosanitary checks.

A large number of perishable goods imported into our country must undergo phytosanitary inspections.

Next to that, the updated version of the Perishable Management App was also recently launched.

The Perishable Management App is an online application via BRUcloud, the data sharing platform of Brussels Airport.

This app streamlines the inspection process when importing perishables.

The forwarder can use the app to notify the Federal Agency for the Safety of the Food Chain of a shipment by creating it in an automated way in the app and attaching the necessary certificates.

This ensures that the FASFC can carry out all documentary and physical checks of the goods in an efficient and paperless way.

The most important new feature is the automated integration of shipment data and statuses with TRACES NT, the European Commission’s multilingual online platform for sanitary and phytosanitary certification.