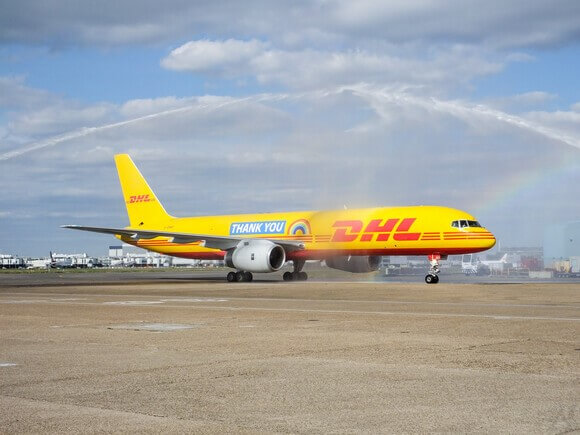 In March alone,  Heathrow imported nearly 33% (32.9%) of the UK’s critical equipment to fight Covid-19, by value, compared to all other ports in the UK including rail, air and sea ports.

Over January to March this year, Heathrow also welcomed 58% of the UK’s pharmaceutical imports by value, underscoring the airport’s role in keeping open the vital supply lines our healthcare needs.

These figures are set to increase over the next weeks as many airlines have either begun flying freighters, planes designed solely for the purpose of moving cargo into Heathrow, or repurposing passenger aircraft for cargo use. British Airways, Virgin Atlantic and American Airlines are just some of the airlines who have re-invented the use of passenger planes by using seats, overhead lockers and the hold to carry vital supplies.  In total , 4153 cargo-only flights have arrived at Heathrow so far this year – an increase of 304% compared to 2019.

This has meant that, even as total UK imports are falling, the value of imports through Heathrow continue to increase.   Heathrow was the conduit for 36% of the country’s total imports by value by March – an increase of 20% compared to the same month last year.

As the country looks for a way to recover economically after the effects of the pandemic, Heathrow’s role as the front door for trade will become even more vital.

Heathrow CEO John Holland-Kaye said: “Heathrow is more than just an airport – it is the country’s biggest front door, not only for people, but also the time-critical, sensitive cargo that is essential to the UK’s front line heroes.

“The Secretary of State for Transport’s proposals for a potential risk-based “air bridge” will allow trade to continue between low-risk destinations,  protect the public health and enable Heathrow to play its part in kickstarting the nation’s economic recovery . Ministers have taken a responsible step and we will continue to work with them to beat COVID-19 and return the UK economy to health once more.”

Commenting on the latest figures, Elizabeth de Jong, Director of Policy, Freight Transport Association (FTA) said: “Air cargo has been vital to maintaining the integrity of the UK’s supply chain, and helped businesses cope with unprecedented demand in areas including medical supplies, food and other essentials.  The COVID-19 pandemic has shown the resilience of the UK’s logistics industry, helped in no small part by the flexibility of air operators via Heathrow to release additional capacity to support UK PLC”