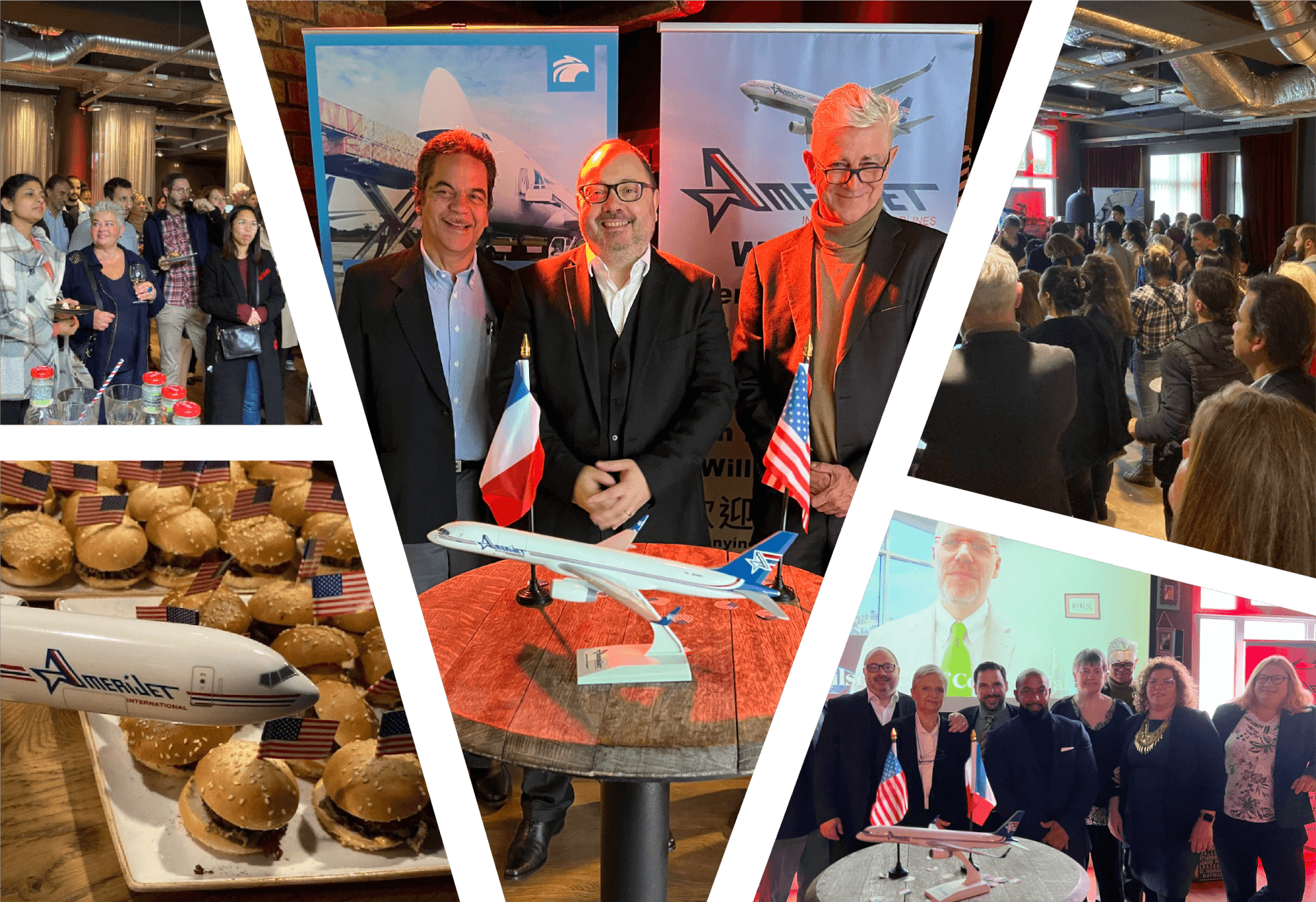 The NAS CDG team hosted a luncheon to commemorate the 20-year milestone in October 2022 at the stunning Pentahotel at the CDG Airport in Roissy.

Florent Turlier, NAS Director for France, commenced the celebration with an opening speech that thanked everyone for their attendance and support and introduced the NAS France and Amerijet team to the attending guests.

Guests were welcomed to the party with drinks and canapes before enjoying the main course and dessert. Video footage highlighting company updates played throughout the event. The party lasted from 11:45 to 14:15, a very timely French tradition!

“The event was a great success, with around 100 customers in attendance including local teams, high-ranking directors, various key clients plus the NAS CDG team,” NAS Director for France, Florent Turlier.

“The venue was more than full, with the feedback we received from our guests being extremely positive.

“We’d like to again thank Amerijet for the support and trust they have put into NAS France over the years.”

A raffle with 5 winners, including prizes such as a weekend break for two in a castle, as well as dinner and breakfast packages rounded off a fantastic event.

Each guest left the venue with a party bag filled with goodie items and key information from NAS and Amerijet.

“Let me again say thank you for your partnership and trust and for building Amerijet’s reputation as the premier scheduled cargo airline to the Caribbean, Mexico and Central America in the French market,” Amerijet CCO, Eric Wilson.

“We are looking forward to continuing our long, productive relationship with NAS.”