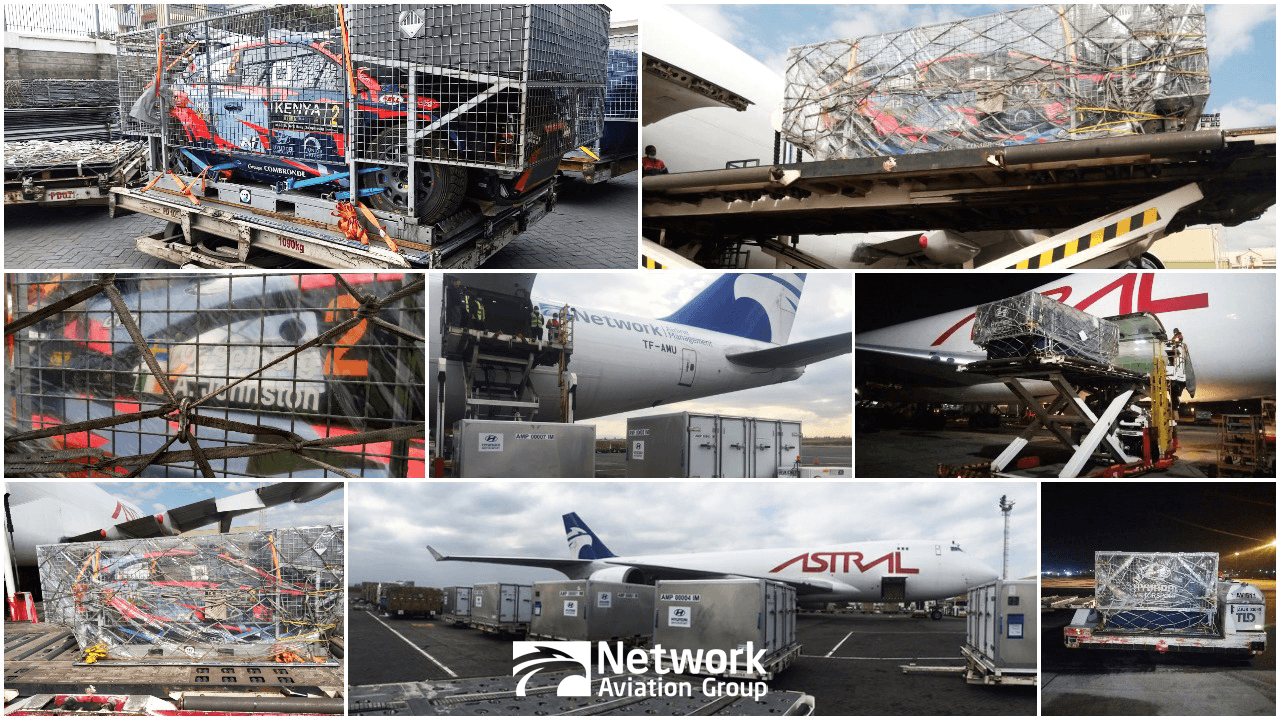 Network Airline Services in Nairobi, with the use of a B747 TF-AMU aircraft, successfully operated a flight out of Jomo Kenyatta International Airport in Nairobi (NBO) northbound into Liege Airport (LGG), carrying cargo for the World Rally Championship (WRC) Safari Rally event.

A grand total of 4 cars with an array of tools, materials and gear weighing over 27 tonnes arrived at their destination in good time, in tip-top condition thanks to our highly trained, efficient team of cargo crew and ground staff.

David Odori, Sales Executives based in Nairobi, who secured the booking for the rally cars’ return to Europe, commented: “The cars have certainly had a good run out as they are completely unrecognisable compared to when they originally flew down for the rally!”