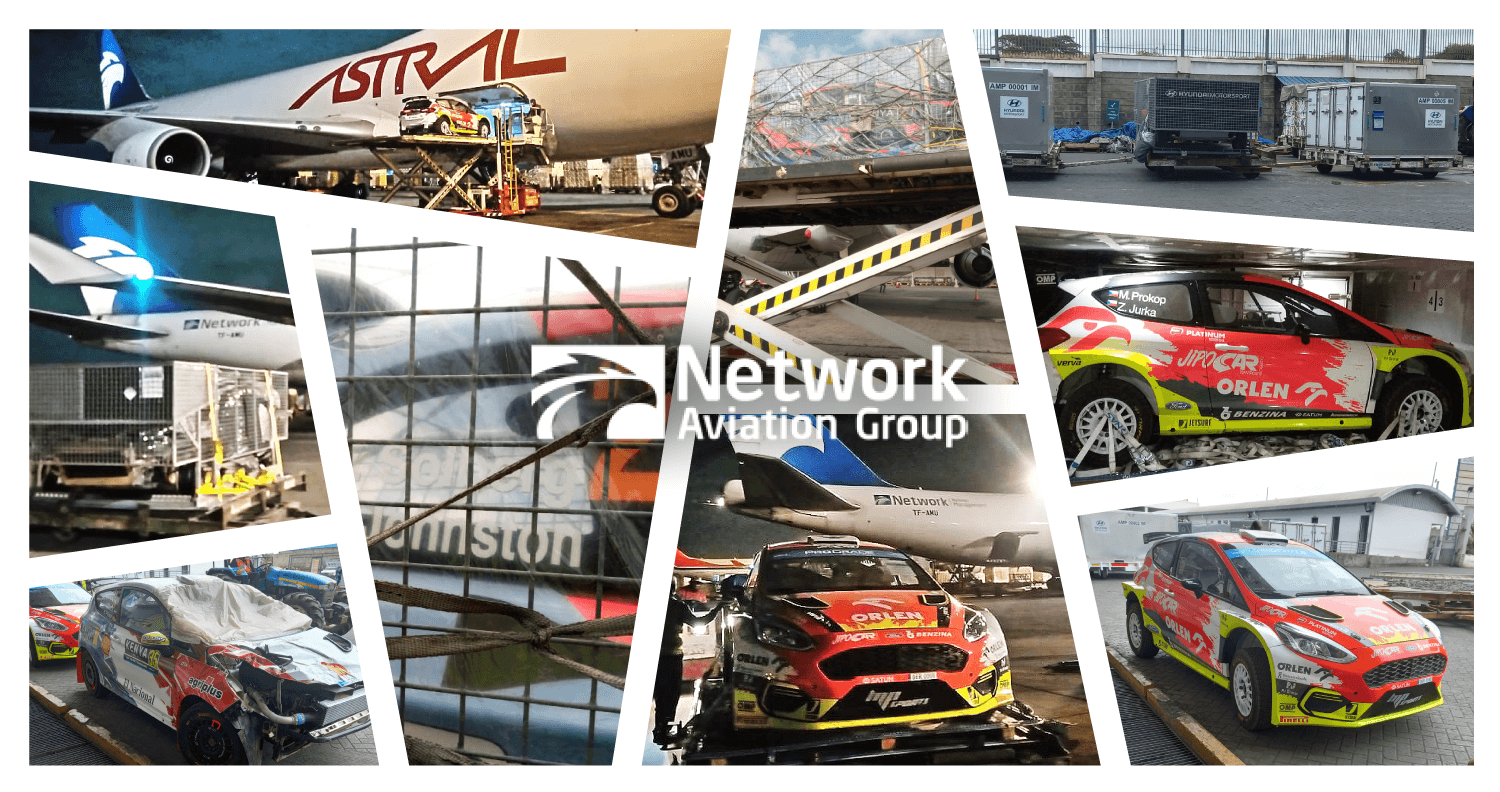 Network Airline Management, with the use of its managed fleet of B747F, has successfully carried a shipment for the World Rally Championship (WRC) from Nairobi, Kenya to Liege, Belgium.

The cargo arrived at its destination in good time and in perfect condition thanks to Network’s highly skilled, efficient team of cargo crew and ground staff.

Peter Njambi, Manager of Cargo Sales and Customer Service, in Network’s Nairobi office, oversaw the rally cars’ departure from Nairobi, commented “The cars must have traversed some difficult landscapes as they are largely unrecognisable compared to when they originally flew in from Europe!

“In total, we moved 34 tonnes of rally cars and accessories, which is 7 tonnes more than last year!

“This type of load demands proper planning and coordination from our teams, considering the urgency and sensitivity of this high-profile cargo.

“Our teams had to ensure the timings of the cars’ delivery were on point to allow them to be ready for the next rally event in Estonia.

“We look forward to handling more WRC cars in 2023 and hope the drivers enjoyed their time in Kenya, even if the cars did not!”

The Kenyan Safari Rally is dubbed the “world’s toughest rally” and is considered to be one of the top events for drivers around the world due to its ‘wild’ setting and rugged terrain… be sure to check out the video/images below for highlights from the race, which features some of the very cars Network transported!