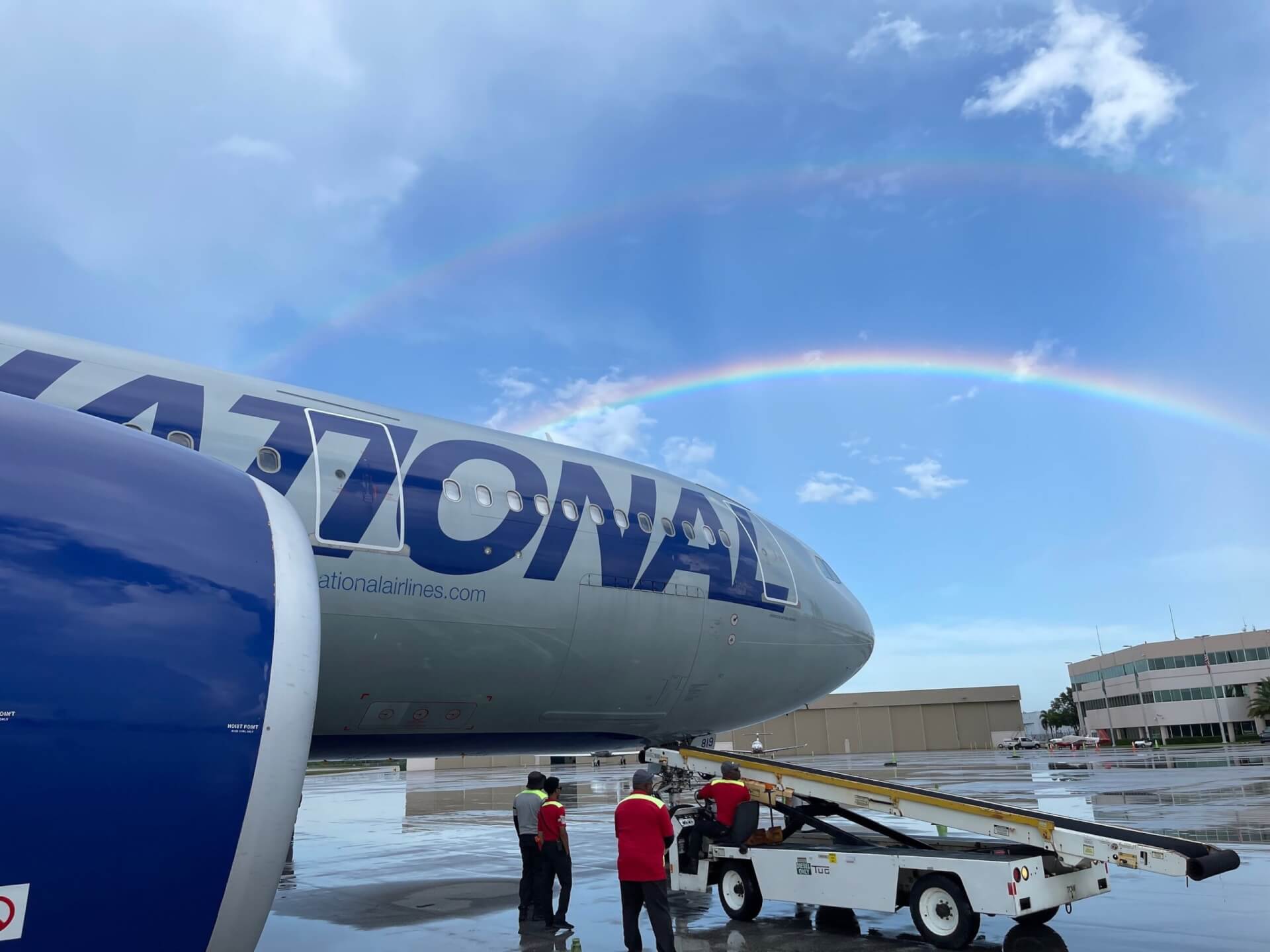 As Mississippi’s capital city, Jackson, faces an unprecedented water shortage crisis, National Airlines donated and airlifted hundreds of cases of drinking water to the city, as part of its social responsibility initiative.

Over 150,000 people in the city are left without safe running water after the city’s main water treatment facility failed due to the recent flooding.

The National Airlines A330-200 flight from Fort Lauderdale to Jackson was transporting a prominent school band along with their specialized equipment in the cargo belly. The crew and operations team used the remaining luggage space as an opportunity to load the water cases, making sure the needed supplies reached Jackson on time for distribution.

“Be it COVID-19 medical supplies or essential supplies during natural calamities, National Airlines aircraft airlifts supplies to the most affected areas for timely distribution.

“The recent efforts to bring drinking water to Jackson, is yet another opportunity for us to serve people when in dire need.”

The recent flooding of the Pearl River led to the failure of pumps at the Jackson water treatment plant.

This decreased the water supply to households this week. Currently, state officials and voluntary organizations are coordinating efforts to distribute safe drinking water to each household as the situation gets better in the region.

People are also advised to boil water before using it for essential purposes.