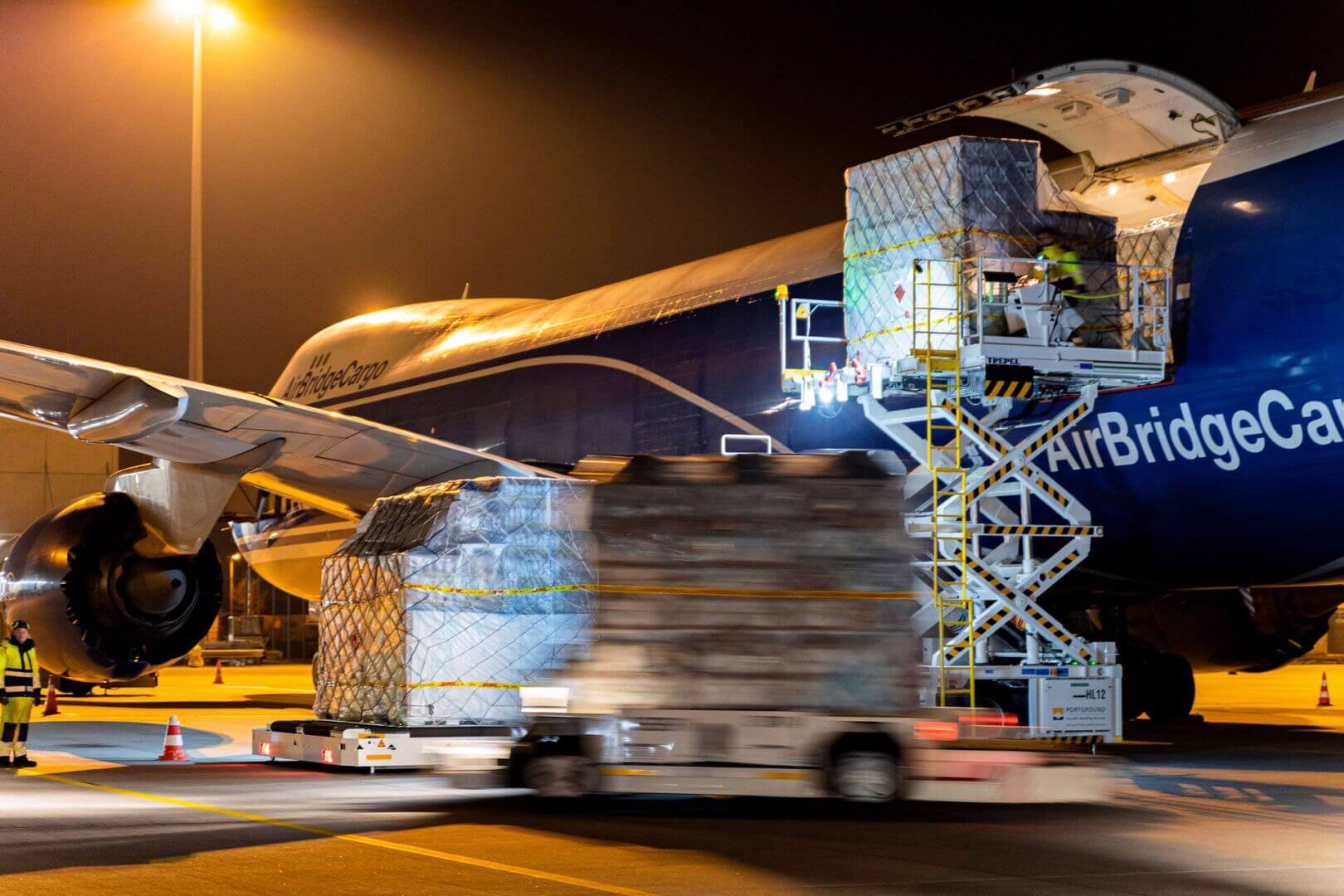 The cargo volume at Leipzig/Halle Airport (LEJ), Europe’s fifth largest freight hub, continues to grow, bucking the general trend on the German market. In May, the volume of cargo handled was 5.4 per cent higher than the month before, at around 114,502 tonnes. From January to May, the value was 1.6 per cent higher than last year, at 519,489 tonnes. In the midst of this global crisis, Leipzig/Halle is thus again asserting itself as a dynamically growing cargo airport.

One key source of this growth is the freight handled at the DHL hub, which is the largest in the logistics group’s network.
The volume handled by other air cargo and logistics companies also continued to rise disproportionately: with the Corona crisis in full swing, in May freight charter volumes rose by 65.6 per cent year on year. These included cargo flights using passenger aircraft, such as those by Aeroflot, Nordwind Airlines and Vietnam Airlines. Altogether, some 60 cargo airlines fly in to Leipzig/Halle Airport, operating a route network with more than 200 destinations around the world.

The current crisis is showing how important a well-functioning air traffic infrastructure is in supplying the population and industry. Leipzig/Halle Airport has a 24-hour operating permit for cargo flights, plus direct connections to the trans-European motorway and rail network, both from north to south and west to east. This means that Leipzig/Halle thus offers the ideal conditions for transporting goods by road and rail.

The runway system comprises two parallel runways, each 3,600 metres in length, which can be used independently of one another even in CAT III-b conditions.

PortGround, a subsidiary of Mitteldeutsche Flughafen AG specialised in aircraft and freight handling, also has CEIV Pharma certification and is therefore able to process time-critical and temperature-sensitive pharmaceutical shipments around the clock.

Since 2008, DHL has operated its European hub at the airport, having invested 655 million euros in constructing what is the largest hub in its global network. Plans are currently being made, among other things, to add to the infrastructure around the apron which DHL uses.

In view of the increasing demand, the airport also intends to invest hundreds of millions in the cargo segment, with plans to build new aprons, logistics buildings and office blocks in the north and south of Leipzig/Halle Airport