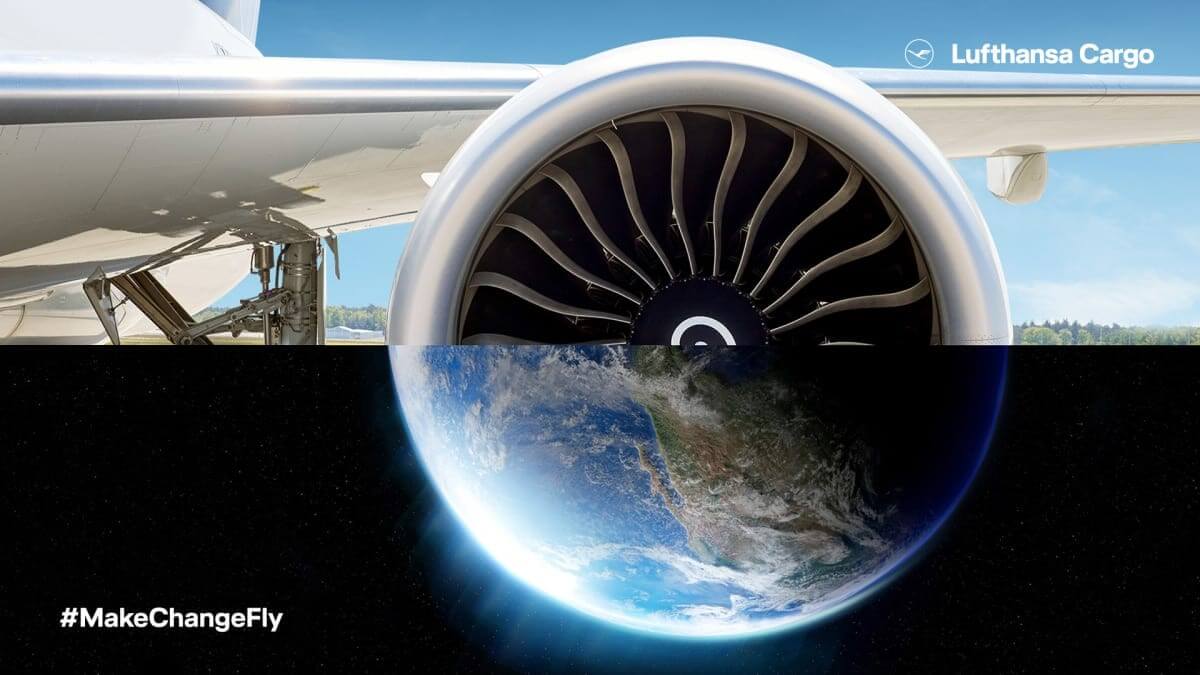 With the goal of achieving CO₂-neutrality by 2050, Lufthansa Cargo is on track to lead the aviation and cargo industry into a more sustainable future.

To this end, as part of the Lufthansa Group, it relies on a measurable corporate commitment to sustainability on the basis of science-based targets for the reduction targets of greenhouse gas emissions. At the Sustainability Conference at Frankfurt Airport today, Lufthansa Cargo also presented its Sustainability Update 2022, which provides an overview of measures and projects already implemented on the way to CO₂ neutrality.

The Lufthansa Group – and thus also Lufthansa Cargo – have set themselves ambitious climate protection targets: The goal is to halve net CO₂ emissions by 2030 compared to 2019 and to achieve a neutral CO₂ balance by 2050. In order to further specify these net targets and to expand the target system to include pure reduction targets, it has already joined the so-called “Science Based Target Initiative” (SBTi) in 2021 in order to bring its CO₂ reduction path into line with the United Nations’ Paris Climate Agreement. Based on scientific calculations, CO₂ emissions are continuously reduced with the help of fleet renewal and optimization, improved operational efficiency, and the use of sustainable aviation fuels. The official validation of these targets is imminent. For freighters, there will be a special sub-target.

The Science Based Targets Initiative only accepts emission reductions that are the result of fuel consumption reductions, for example through modern new aircraft, operational and airspace infrastructure measures, and the substitution of fossil fuel with Sustainable Aviation Fuel.

Dorothea von Boxberg, Chairperson of the Executive Board and CEO of Lufthansa Cargo: “Over the past 25 years, we have already been able to reduce our CO₂ footprint per ton kilometer by 52%. But that is still not enough. That is why we want to set ourselves ambitious targets for the future. With the ‘Science Based Targets Initiative’ we have found a credible, scientific basis for this. We want to be transparent about what we have achieved so far and just as open with our customers, partners and the public about how we can get even better.”

For Lufthansa Cargo, the efforts to achieve complete CO₂ neutrality focus primarily on five fields of action: continuous fleet modernization, more efficient use of fuels, the switch to more sustainable aviation fuels (SAF), CO₂ compensation projects in other sectors, and reduction of emissions on the ground.

Fuel efficiency. To ensure that conventional aviation fuel is used as efficiently as possible, thereby reducing the total amount required, Lufthansa Cargo is relying on various measures. For example, Lufthansa Cargo will successively equip all freighters with Sharkskin technology from 2022. The innovative AeroSHARK coating, which is modeled on a sharkskin, reduces the aircraft’s frictional resistance in the air by more than 1% and thus reduces fuel consumption. In the Lufthansa Cargo fleet, this can save around 3,700 tons of kerosene or almost 13,000 tons of CO₂ emissions annually. In addition, lightweight containers have been used exclusively in flight operations since 2020. This will result in a weight reduction of 14 kg per container and fuel savings of 2,160 tons per year. Weight reduction is also being pursued for other loading aids. Fuel is also saved thanks to optimized flight procedures.

Sustainable Aviation Fuels. Lufthansa Cargo is one of the pioneers in the use of SAF in the airfreight industry. More than 1% of Lufthansa Cargo’s fuel requirements in 2021 have already been covered by Sustainable Aviation Fuels. The airfreight company also currently offers the only regular full-charter cargo connection worldwide that is 100% covered by SAF. This saves around 174 tons of conventional kerosene each week. Since October 2021, Lufthansa Cargo has also been one of the first customers of the world’s first power-to-liquid fuel plant in Emsland, Lower Saxony. Together with one of its customers, Lufthansa Cargo has committed to purchasing at least 20 tons (=25,000 liters) of the synthetic, CO₂-neutral crude oil annually over the next five years in order to further advance the innovative power-to-liquid technology as well as the use and further development of sustainable aviation fuels.