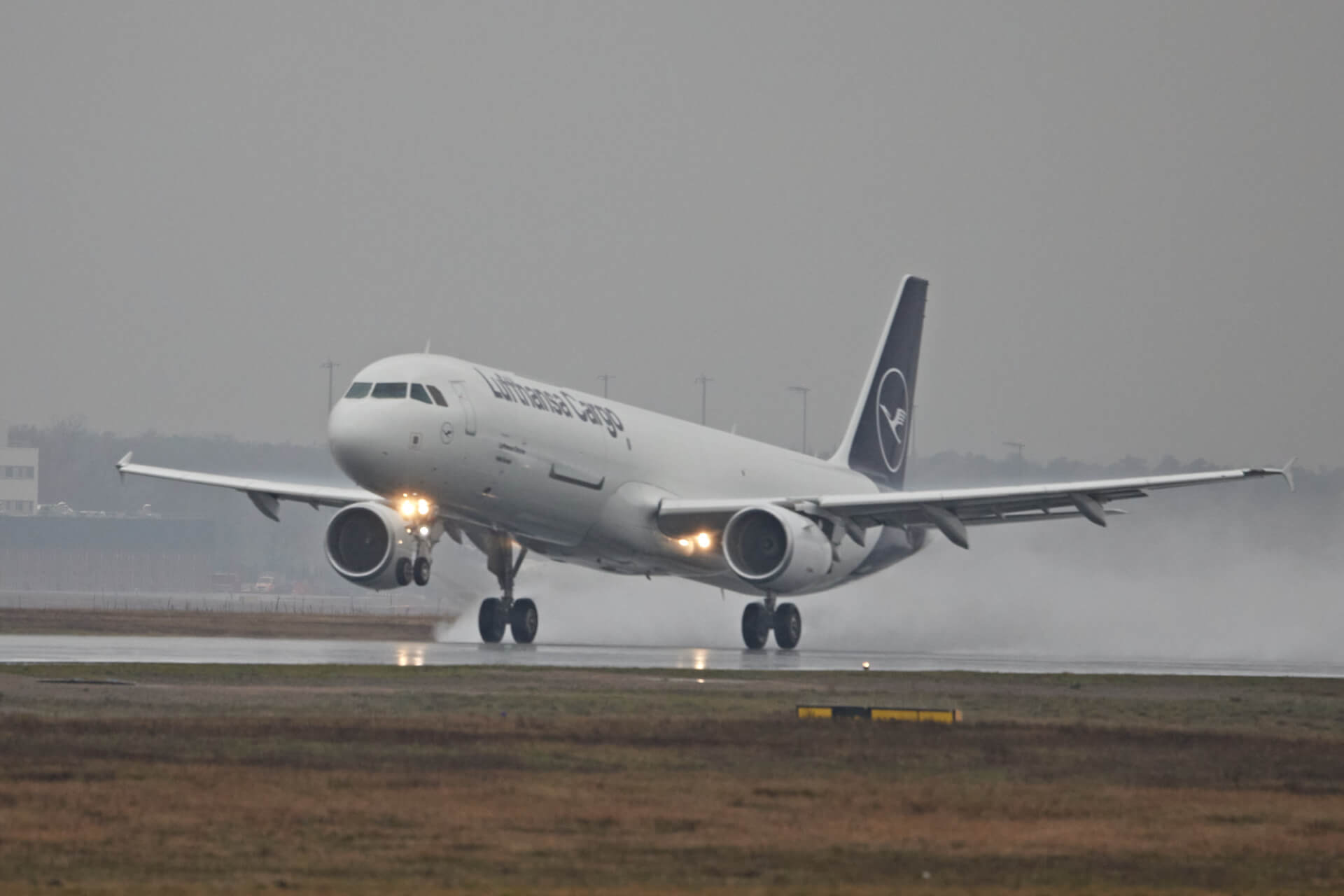 Under flight number LH8350, the A321F took off from Frankfurt (FRA) to Dublin (DUB) before continuing to Manchester (MAN). The freighter, christened “Hello Europe,” was loaded with express freight and general cargo on its maiden flight.

The twin-engine aircraft is operated by Lufthansa CityLine. With this market launch, Lufthansa Cargo is responding to the continued growth in demand from the e-commerce industry and can thus offer customers even more capacity and additional fast connections.

Dorothea von Boxberg, Chairperson of the Executive Board and CEO of Lufthansa Cargo, underscores the importance of the new freighter for the Lufthansa Cargo business model

“The addition of the medium-haul network is an important step in further opening our company to attractive business segments such as the fast-growing e-commerce sector,” von Boxberg emphasizes.

“Lufthansa Cargo can now offer its customers same-day and e-commerce solutions within Europe and to selected medium-haul destinations.

“The new aircraft will serve a wide range of customers and routes, both scheduled and charter.

“We look forward to providing much-needed capacity in the European market and further strengthening our position as the leading airfreight carrier in Europe.”

For Lufthansa CityLine, too, the operation of the A321 freighter represents a step into the future

“Together with Lufthansa Cargo, we are very proud to launch this first converted A321F certified in Germany”.

With the start of operations on March 15, Lufthansa Cargo will gradually add Dublin (DUB), Manchester (MAN), Istanbul (IST), Tel Aviv (TLV), Malta (MLA) and Tunis (TUN) to its global route network by deploying the A321 freighter.

In the summer schedule, the carrier will also add flights to Cairo (CAI) starting March 29.

The partially new stations in the freighter network will be served two to three times a week from and to Frankfurt (FRA).

Before the Airbus 321F with the registration D-AEUC took off on its first commercial flight today, a symbolic christening took place at Frankfurt Airport.

As the first aircraft in the A321F series, it was christened ‘Hello Europe’.

The naming principle is based on the guiding idea “Say hello around the world”.

Since 2013, Lufthansa Cargo has named its aircraft after relevant markets to which the aircraft fly.

For the new A321 freighter, “Hello Europe” was therefore chosen as a greeting to the European countries for whose e-commerce and same-day shipments it will primarily be used.

In the run-up to the commercial maiden flight, interested customers, employees and journalists were able to find out about the advantages and special features of the new A321 medium-haul freighter at a virtual live streaming event.

To date, Lufthansa Cargo operates a freighter fleet of currently 15 of its own B777F aircraft.

The second A321 medium-haul freighter is expected to enter service in late summer. Both aircraft will be operated under a wet lease agreement by Lufthansa CityLine, each under Lufthansa Cargo’s flight number.