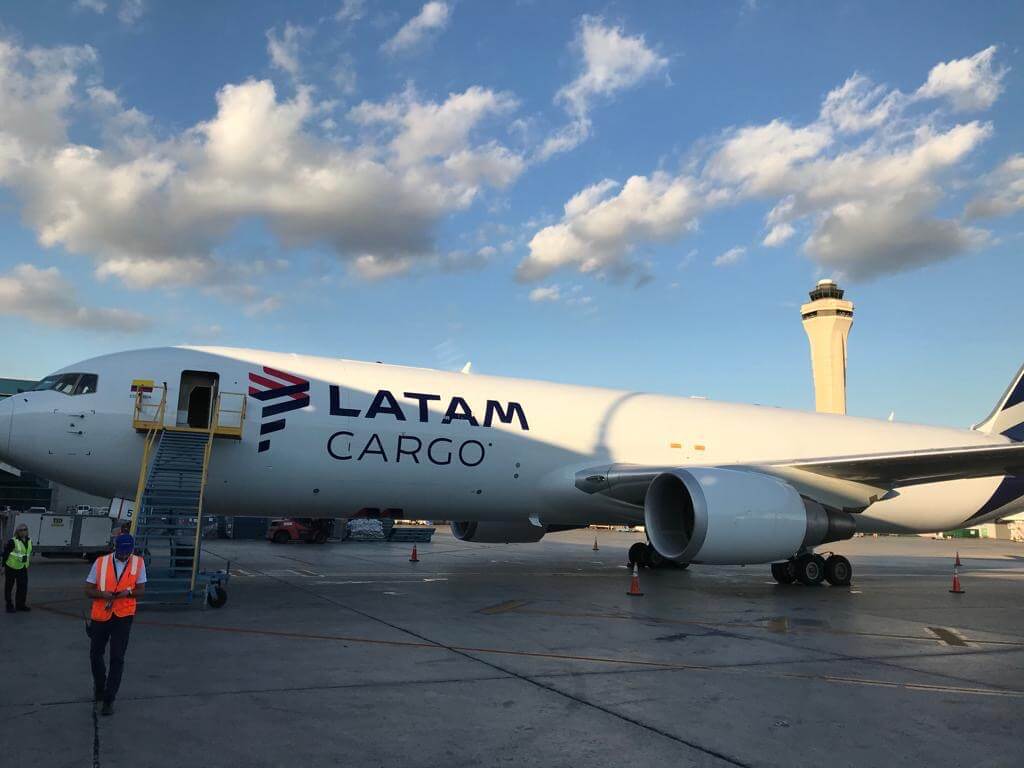 LATAM Cargo Group works intensively to offer its clients more capacity and satisfy their needs given the constantly changing world-wide scenario caused by COVID-19’s effects. For the most part, In the air industry this has triggered international flight cancellations and restricted cargo capacity.

In spite of this, the company has managed to mitigate the current difficulties through its 11 B767-300 freighter aircraft, which make LATAM Cargo Group the cargo airline with the most freighters operating in Latin America.

In order to maximize the use of its fleet and address the gap in capacity, previously given by bellies in passenger aircraft, the company made significant modifications to its itinerary. These included routing changes and an increase in freighter frequencies.

“The difficulties imposed by this contingency, force us to seek alternatives to satisfy our clients’ needs. This new itinerary, designed and implemented at an unprecedented pace, will allow us to take advantage of our freighter fleet in order to partially meet the shortfall in belly capacity. We are working to provide our clients with more and better choices and serve as support for the region’s economy”, stated Andrés Bianchi, LATAM Cargo’s CEO.

Through this new program, the company has managed to satisfy its clients’ demand in their most relevant markets, protecting capacity for the Latin American export and import markets. On one hand, its freighter capacity between Santiago (Chile) and Miami (USA) increased fivefold in order to offer salmon exporters a robust solution.

“There are many difficulties, but we are aware of the key role we play in delivering supplies to countries, and we will continue with our focus on providing our clients with more solutions”, stated Andrés Bianchi, LATAM Cargo’s CEO.

The two first international flights operated using this strategy took place in the Santiago (Chile) – Mexico City (Mexico) route in Boeing 787-900 aircrafts, totaling more than 80 tons of cargo—primarily salmon. The same solution took place in Peru’s domestic market, where an Airbus A320 aircraft was used as a freighter in the Lima-Iquitos route in order to stock this place, which depends on air transportation due to its difficult access by land or sea. By using seat containers, the company mainly transported perishable products, medicines and general cargo.