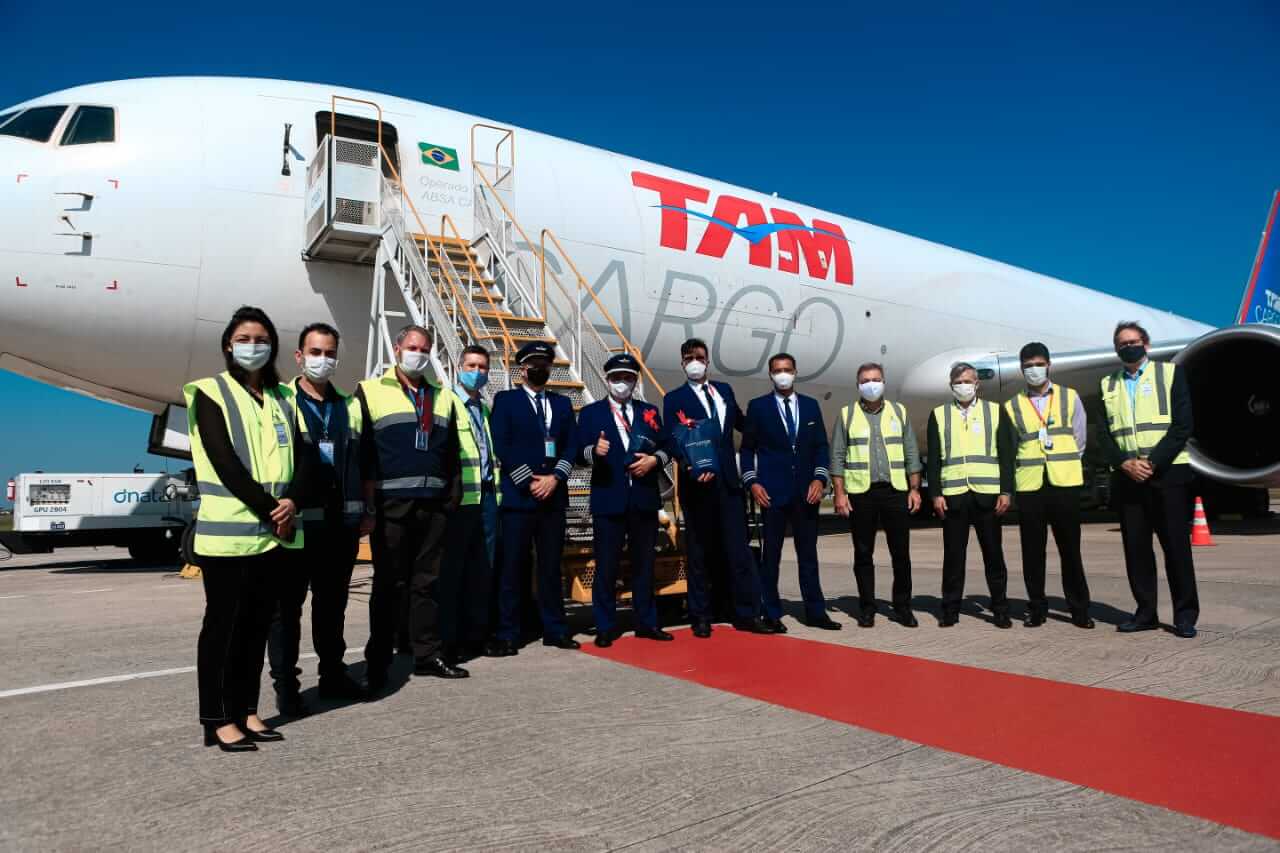 Today, LATAM Cargo carried out its initial Miami-Florianopolis flight, connecting North America with Southern Brazil for the first time. This direct route will initially have one weekly frequency and its flights will be carried out in B67F aircraft with a 53-ton capacity.

The state of Santa Catarina bases its economy on commercial and industrial imports, used to supply Southern Brazil. Hence, this is an important milestone for LATAM Cargo, as it is the only airline that provides a direct and rapid route. Cargo from North America, Europe and Asia will be combined in the United States. Particularly, Santa Catarina demands automotive, metallurgical, food, pharmaceutical and electronic products, among others.

“This new route will allow us to provide a direct, stable and permanent service between the United States and Santa Catarina; it is a concrete example of our efforts to satisfy our clients’ needs. As strategic partners, we are constantly evaluating routes that promote international trade, bringing buyers and sellers together with the characteristic speed, attention and logistics excellence of our global services network”, stated Gabriel Oliva, North America, Europe and Asia’s Commercial VP.

Before the Miami-Florianopolis route was implemented, international cargo entered Brazil through Guarulhos and Viracopos. Hence, it depended on complementary ground transportation in order to reach its final destination.

“In addition to the benefits for Santa Catarina, through this new route we also extend our coverage in the country by totaling ten airports with cargo aircraft exclusive operation. As with this route, we will continue focused on offering more origins-destinations for our international and domestic markets in order to be present in our clients’ relevant markets”, stated Kamal Hadad, LATAM Cargo’s Alliances and Network VP.

Due to this route’s importance for Southern Brazil, the initial flight was specially received at Florianopolis’ local airport. The ceremony that was carried out included representatives from the state government, the airport, FIESC and LATAM Cargo