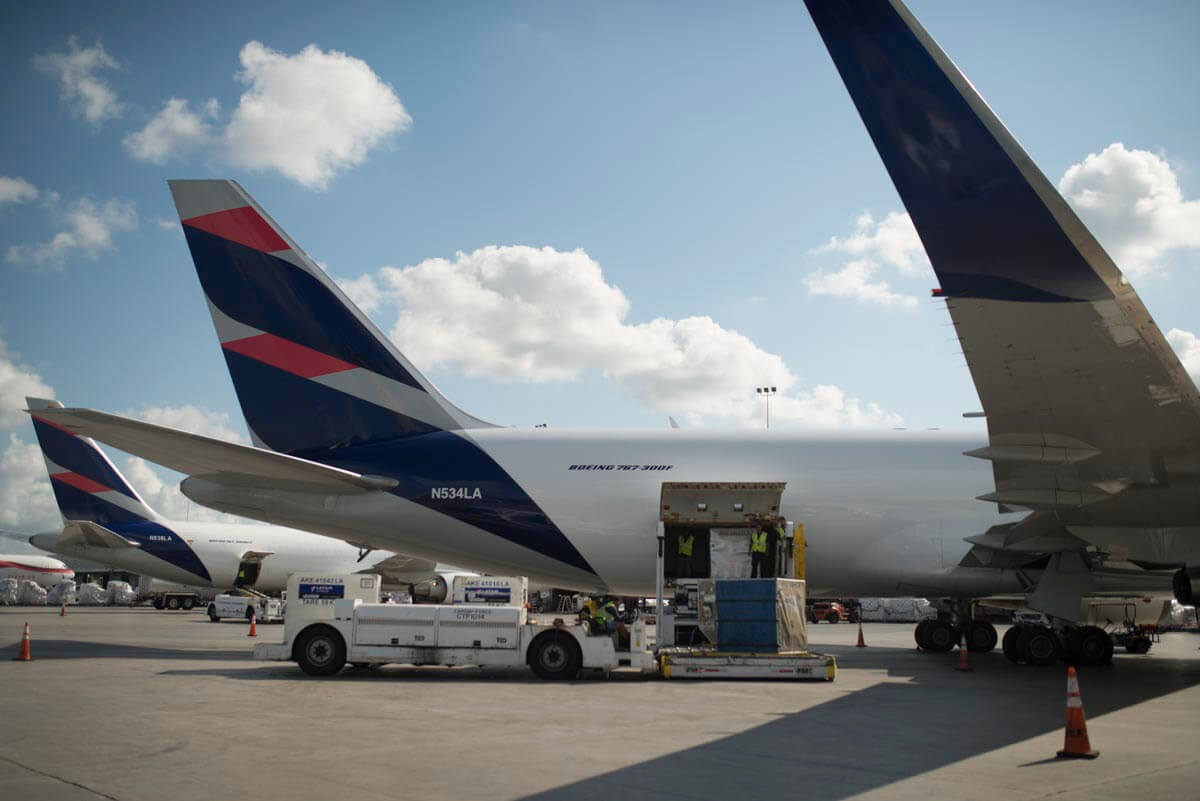 In April, LATAM Cargo announced that Los Angeles (United States) and Mexico City (Mexico) would be incorporated to its cargo network in order to mitigate the impacts of belly capacity restrictions—previously used to serve these markets—and maintain its operation in its clients’ relevant markets.

After the incorporation, LATAM Cargo has consolidated its service and has become a key player in permanently connecting South America to and from Western North America. Concretely, it is the only airline that offers a stable itinerary and capacity.

In addition, LATAM Cargo’s robust network is one of the most relevant aspects of its service in these locations, as it is the only one that offers direct routes to connect Chile to Los Angeles and Mexico City, and Peru to Mexico City. Likewise, the company offers direct connection from Los Angeles and Mexico to Chile and Peru. Furthermore, LATAM Cargo provides coverage extension opportunities, connecting Western North America to Brazil and Argentina via Santiago, Chile.

In terms of Northbound flows, these routes facilitate South American exports, including Chilean salmon, Peruvian perishables and textiles and general cargo from Brazil. The route to Los Angeles becomes especially relevant for perishable exports, as this is a connection point towards Asia. In all, the company offers 350 tons of capacity each week from South America to Western North America.

Moreover, by offering connectivity from Los Angeles and Mexico City, LATAM Cargo contributes to supplying South America. The transported products mainly include fruits and vegetables, medicines and electronic devices, in addition to airplane, automobile and mining spare parts, among other goods. The company offers a total capacity of 190 tons each week from Los Angeles and Mexico City to South America.

“The incorporation of Los Angeles and Mexico City to our cargo network is part of our strategy, focused on providing a robust connectivity service within America through a reliable and permanent solution for our clients. These measures are complemented by the increase in frequencies between South America and North America, which was implemented when the pandemic began. Through this, we have consolidated our position in the region”, stated Kamal Hadad, LATAM Cargo’s Alliances and Network Director.

During the last four months and in the midst of the pandemic, LATAM Cargo Group has made a series of modifications to its itinerary and operation in order to mitigate the negative effects that belly capacity restrictions may have on customers. Likewise, the company is constantly evaluating its operation in order to satisfy its clients’ needs.

One of the measures consisted of multiplying the cargo capacity between Santiago (Chile) and Miami (USA) by five, going from 6 to 31 weekly frequencies in order to offer salmon exporters—one of Chile’s main industries—a robust solution. In addition, connectivity from Miami to South America was increased by 15%, going from 23 to 26 frequencies.