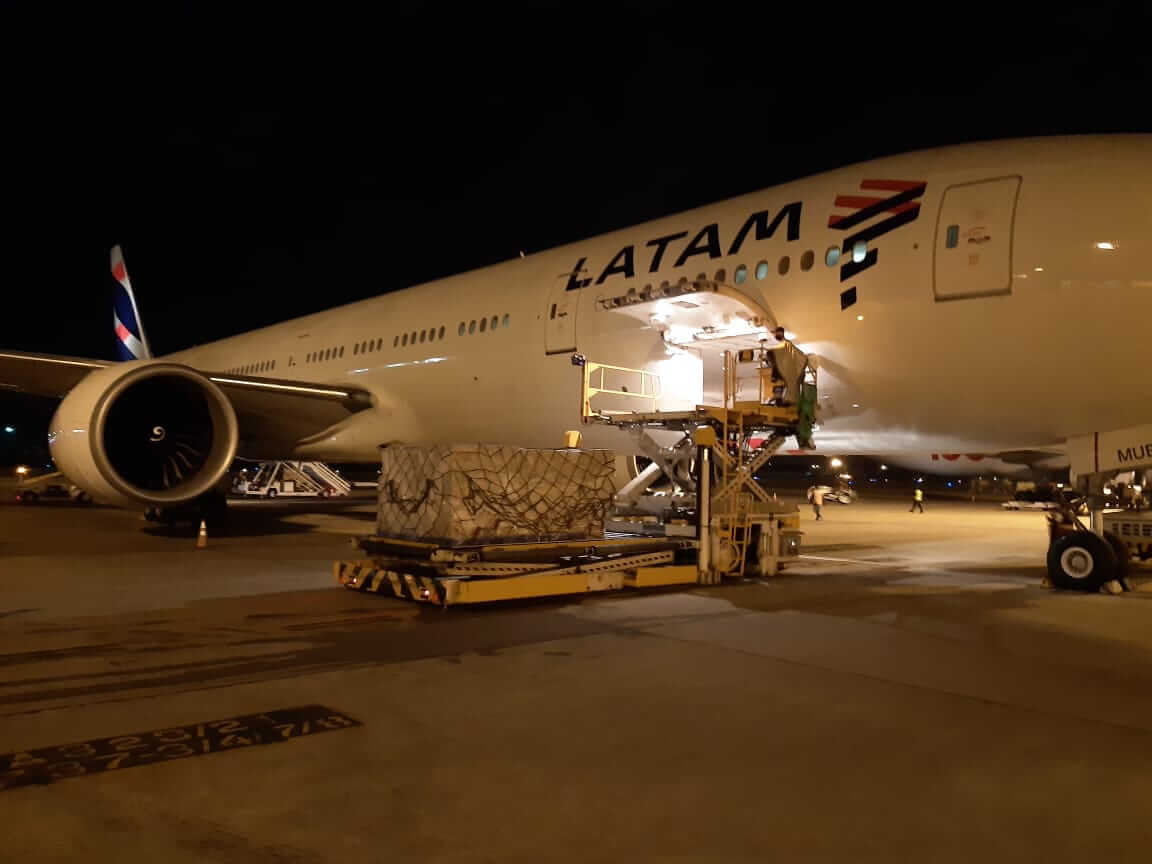 LATAM Airlines Brazil’s sixth and final flight arrived in Galeão, carrying 69 monitors, 69 anesthesia devices and approximately one million PPE (caps and N-95 masks). These supplies were acquired by the city of Rio de Janeiro in order to fight COVID-19. This transportation successfully ends the partnership between the company and Rio de Janeiro, as well as JBS, a sponsor in this last flight.

The flight completes the transportation of 160 tons of supplies acquired by the City Hall. These goods are already being used by the city’s medical centers in order to fight Coronavirus.

Flight JJ 9559 landed in Galeão this Wednesday from Canton, China, after a stopover in Amsterdam. In total, the round trip took four days. The flight was carried out in a Boeing 777 passenger aircraft adapted for cargo transportation in its cabin and belly to maximize cargo capacity.

“With today’s flight, we have successfully completed the transportation of 160 tons of supplies to Rio de Janeiro. Contributing to the city by transporting essential goods from China and allowing them to protect their citizens during this unprecedented global health crisis makes us very proud”, states Diogo Elias, LATAM Cargo Brazil’s Director.

The operation’s fifth flight also came to an end recently, arriving in Galeão last Saturday after traveling on the same itinerary as the other flights.

LATAM continues contributing to Brazil by providing the states with essential goods. Since March 2, more than 130 flights have been carried out to transport around 600 tons of supplies such as: medicines, tests, alcohol-based gel, masks, gloves, thermometers, respirators and food donations.

In addition to the partnership with the City Hall, LATAM is also transporting health professionals as part of its Solidary Plane Program. The doctors, nurses and other specialists involved in fighting the pandemic are being transported free of charge, only having to pay the boarding fee to help combat COVID-19. Through this initiative, LATAM aims to facilitate healthcare professionals’ access to the places that have been most impacted by this unprecedented crisis.