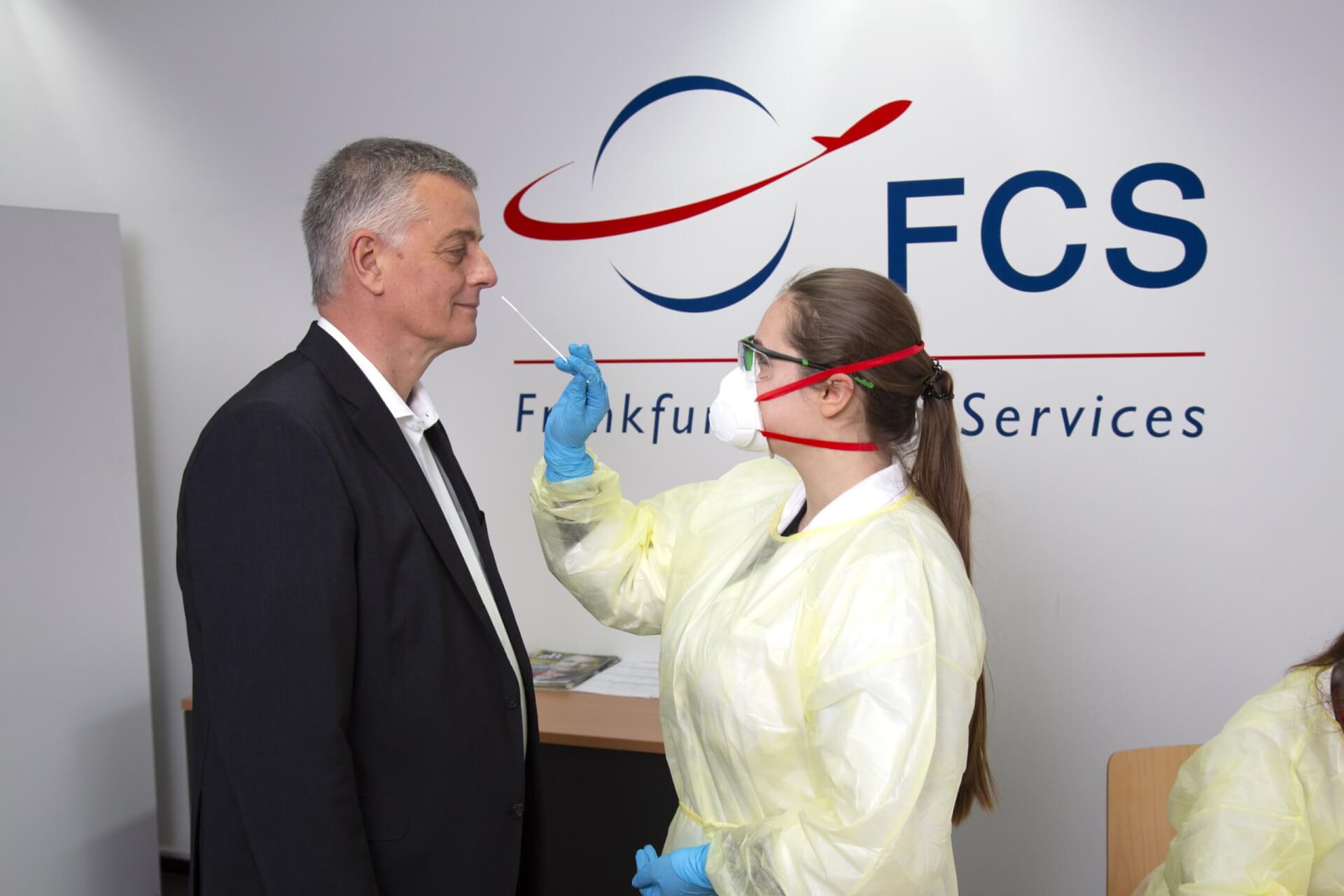 In the first week of January, a large-scale Corona testing campaign was conducted at Frankfurt Airport by the three major air cargo handling companies FCS Frankfurt Cargo Services, LUG aircargo handling and Perishable Center Frankfurt (PCF). A total of around 1,500 employees of the companies, which together handle around 40 percent of the air freight at Frankfurt Airport, was tested. Over several days, the Bensheim-based company Chemlab conducted the tests on site. The aim of the measure is to ensure even better protection of the workforce against infection in the company.