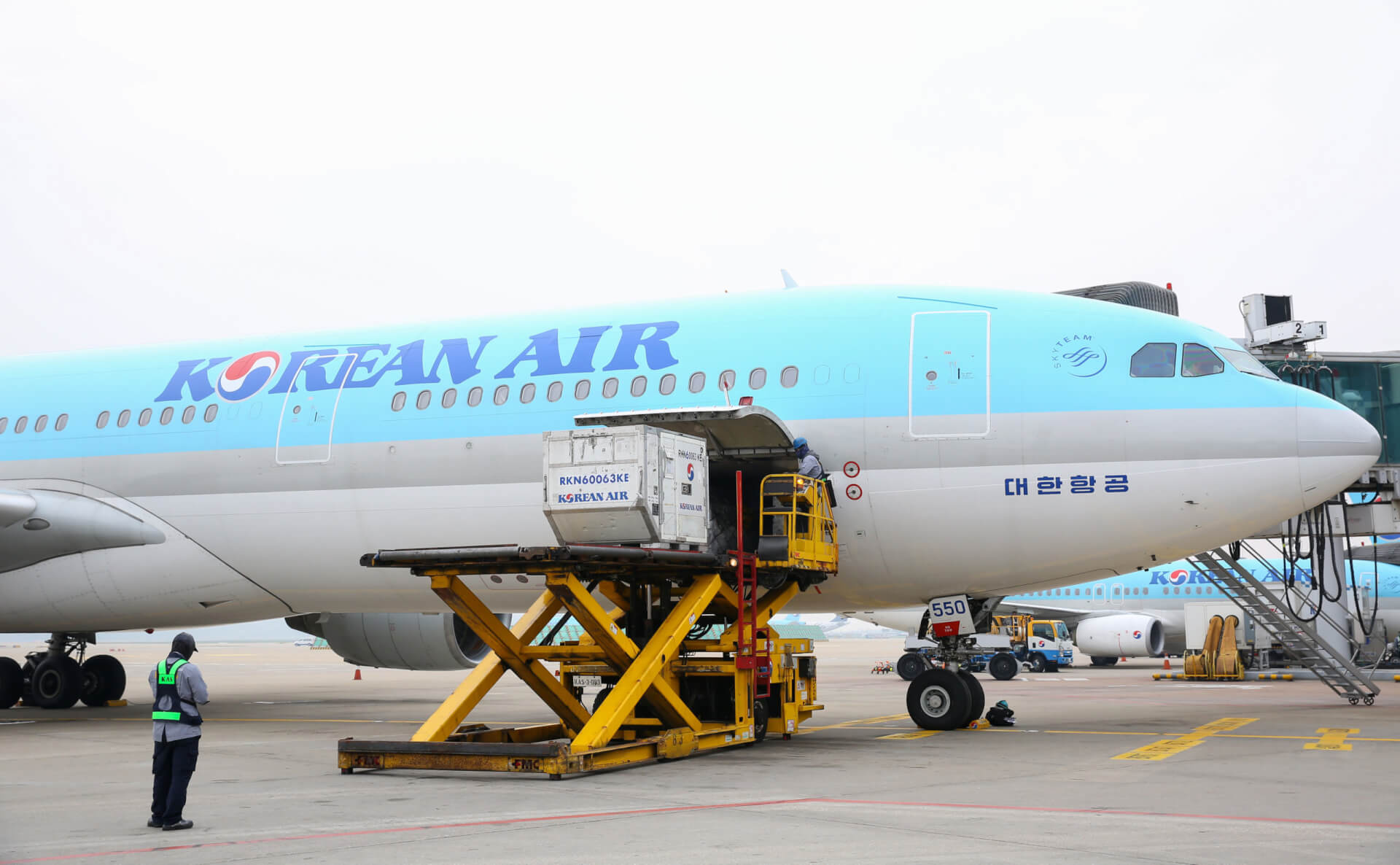 From March 13, Korean Air has started to use passenger aircraft to transport cargo on suspended passenger routes such as Ho Chi Minh City and Qingdao.

Flight suspensions and reductions due to COVID-19 have led airlines to park passenger aircraft at airports. The entry restrictions of many countries on passengers departing from Korea has led to the suspension of 89 of Korean Air’s 124 routes as of March 13. The number of operating international flights has been reduced to approximately 86% following a decrease in demand.

Hanjin Group Chairman Walter Cho has recently proposed using passenger aircraft as freighters to overcome the current crisis, as this would cut down expenses and support import and export companies.

In a recent meeting with the airline’s executives, Chairman Walter Cho proposed, “As the COVID-19 situation becomes increasingly dire, it is important for us to take a  new perspective when looking at the market. If we use the cargo compartment of our parked passenger aircraft, not only can we respond to the changing demand of cargo transport by diversifying our cargo routes, but we can also reduce aircraft parking fees.”

On March 13, Korean Air transported emergency supplies and agricultural products from Korean companies with a A330-300, which can carry 20 tons of cargo, to Ho Chi Minh City, Vietnam, a passenger route that has been suspended from March 3.  In addition, from March 21, the airline plans to deploy more passenger aircraft, which have been idle from February 25, to transport cargo to Qingdao. Korean Air plans to expand its destinations and cargo items to be transported by the grounded passenger aircraft.

Not only does Chairman Cho have 17 years of experience in passenger and cargo services and strategic planning, but he also headed the passenger services division in 2009 during the global financial crisis and flu pandemic, when the airline faced a drastic decrease in demand in flights departing from Korea. He overcame the challenge by attracting transit passengers to use Incheon as a transfer hub. Hence, when the majority of large airlines were experiencing deficits, he proved his management prowess by driving an operating surplus of 133.4 billion won.

Korean Air will continue its proactive measures to address challenges from COVID-19 and seek new opportunities in the market amid unpredictable changes such as suspensions of flights and the U.S.’s restrictions on European countries.

“The business strategies of passenger and cargo should be shifted as the transatlantic road in the sky is now blocked,” Cho added. “We must flexibly respond to market demand.”