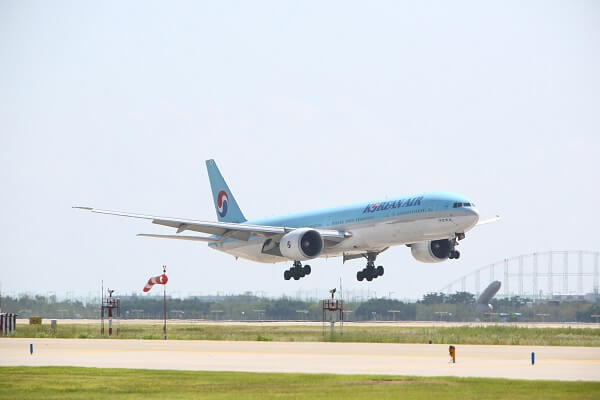 Korean Air flew its longest non-stop flight since its establishment in 1969 using a passenger plane converted to a freighter.

Until now, Korean Air’s longest flight was its Incheon-Atlanta route of 12,547 km with a flight duration of 13 hours and 50 minutes.

A converted Boeing 777-300ER freighter was used on the direct flight from Incheon to Miami to send 25 tons of Covid-19 diagnostic kits to the Dominican Republic.

The airline has been using grounded passenger planes for cargo-only flights since last year to overcome Covid-19.

Korean Air has converted 16 passenger aircraft to freighters, including 10 Boeing 777 and six A330 aircraft, by removing passenger seats.

In addition, Cargo Seat Bags (CSB) have been installed on passenger seats of two Boeing 777 aircraft.