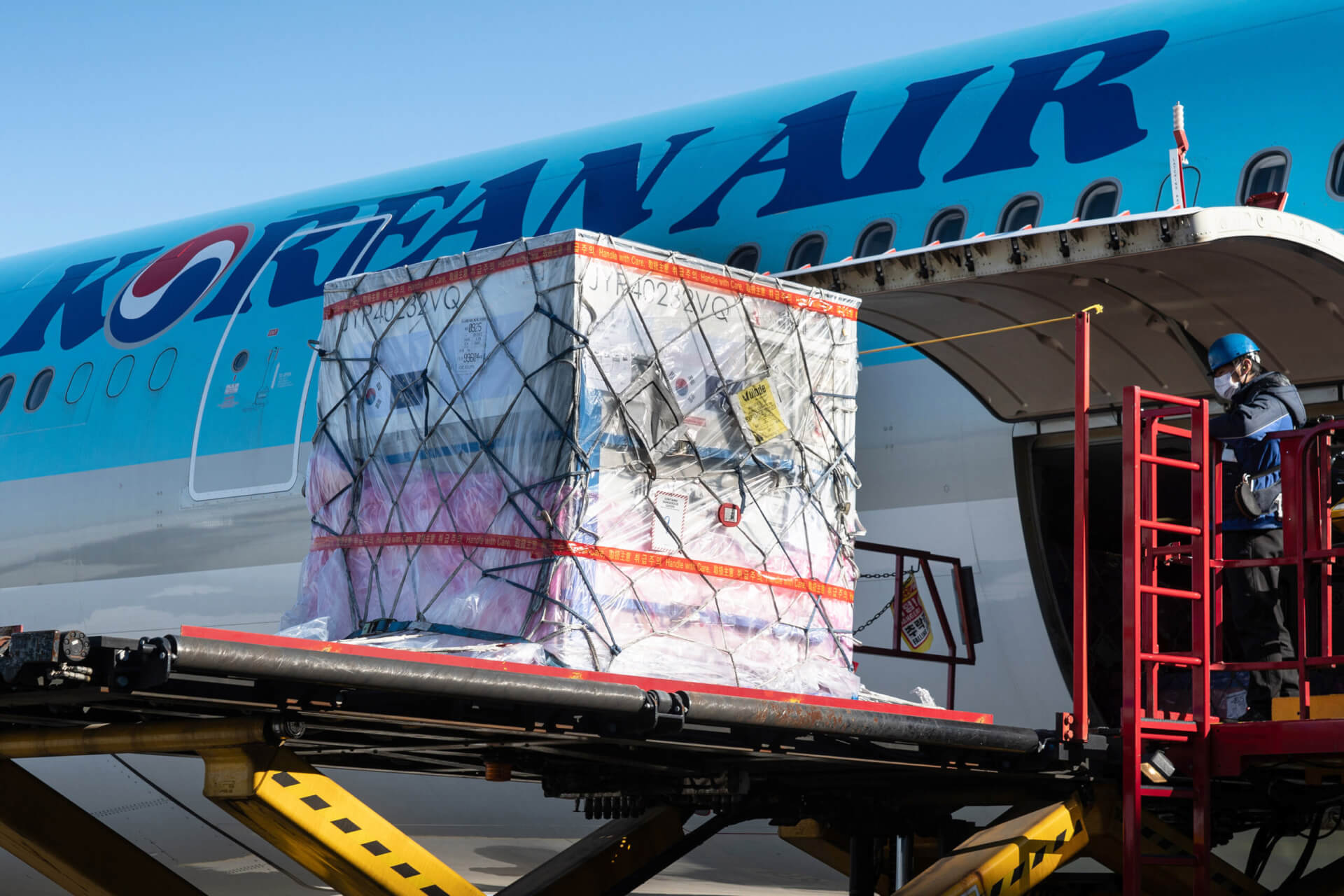 Approximately 40 tons are transported per round trip (20 tons one-way).

Beginning with 38 of these flights in March last year, the airline currently operates more than 800 cargo-only flights a month.

Through close cooperation with the Ministry of Land, Infrastructure and Transport and aircraft manufacturers, Korean Air has increased its cargo capacity by utilizing overhead bin space, using “cargo seat bags,” a safety device that can load cargo on passenger seats, and removing seats to enable cargo floor loading.

“We expect cargo-only passenger flights to play a more vital role in the second half of the year, when the volume of import and export cargo typically increases,” said a  Korean Air representative.

“As a Korean flag carrier, Korean Air will continue its efforts to create a stable logistics environment for imports and exports by actively securing cargo capacity.”