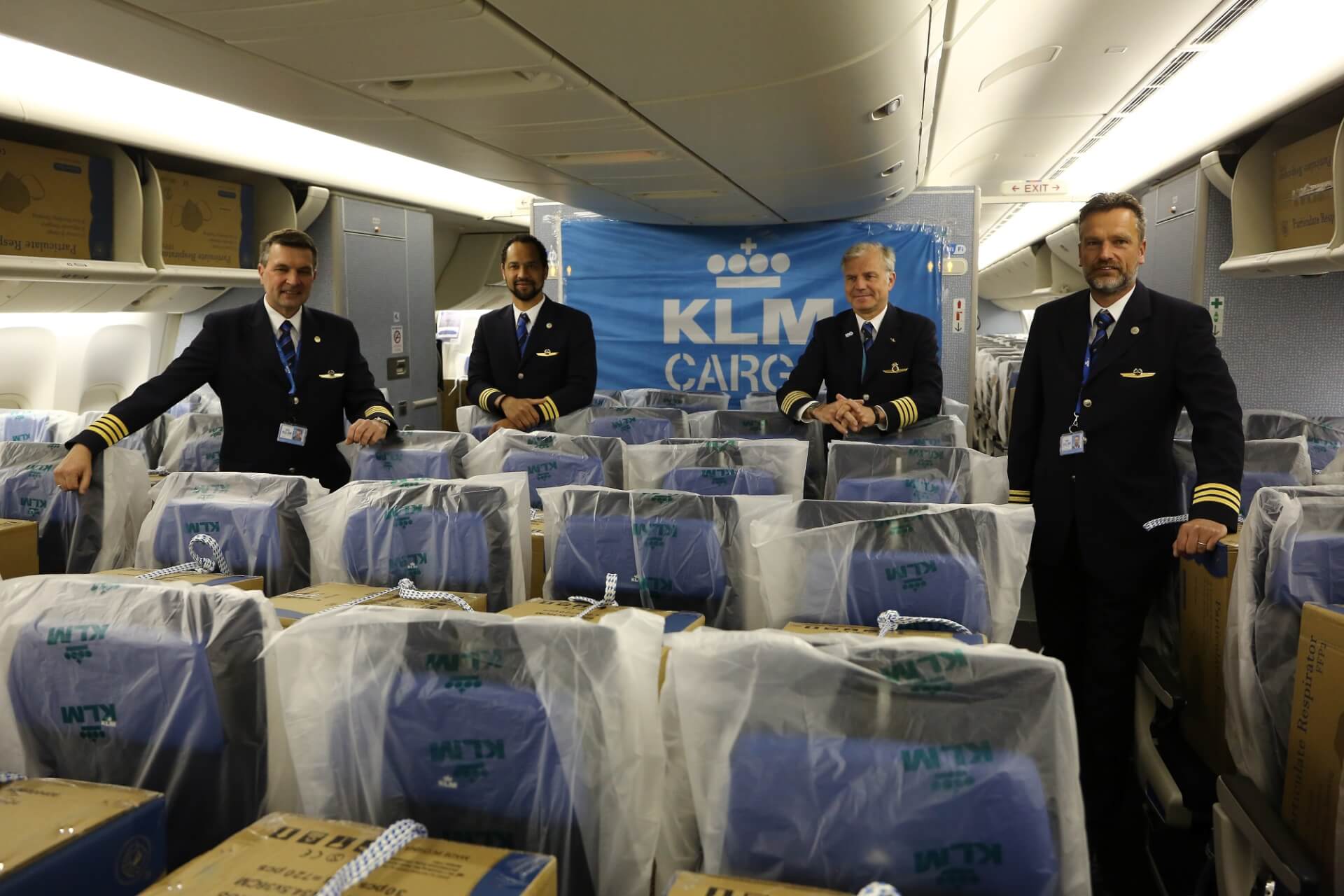 Today, KLM’s first passenger carrier departed, carrying cargo not only in its belly, but also on the passenger seats and in the baggage bins of the aircraft cabin. KLM operated a B777-300 flight from Shanghai to Amsterdam, for the first time introducing the new cargo-carrying concept. The load consisted mainly of urgent medical supplies, including hundreds of thousands of facemasks and protective gowns to be used in combatting coronavirus. The new cargo-carrying concept makes additional space available to ship personal protective equipment (PPE) such as this.

Around 500 packages of equipment can be carried in the cabin on each flight. If the trial proves successful, Beijing and Hong Kong will join Shanghai on the list of destinations for this new service. KLM will be deploying three Boeing 777s to operate Cargo-in-Cabin flights. The B747-400 combi flights currently re-entering service on these routes will soon be reconfigured to be similarly deployed. The packages will be bound to the passenger seats and stowed in the baggage bins.

KLM’s new, albeit temporary cargo carrying concept was developed by a multidisciplinary team within a three-week timeframe.

Executive Vice President Air France-KLM Cargo Adriaan den Heijer: “Developing and implementing this concept is a particularly complex necessity. Safety plays a pivotal role. Each and every package must be bound securely to the seat to ensure it remains in place throughout the flight. But practical matters have to be taken into account too, such as swiftly and safely loading the cabin cargo without damaging the interior. This process is especially labour intensive; current expectations are that this will take at least four hours.”

To ensure that everything goes off smoothly, all such flights will be accompanied by a Cargo-in-Cabin coordinator from KLM Cargo to maintain onsite loading supervision and monitor compliance with the new procedures.

Air France Cargo successfully started transporting cargo in the cabin of passenger aircraft two weeks ago. A number of such flights have since been operated to and from Paris Charles de Gaulle.

“Cargo-in-Cabin significantly increases capacity. What we can now accommodate in the cabin equates to around six large pallets in the belly or 40% of the total cargo capacity,” explains Den Heijer, adding: “We can use the added space to our advantage, carrying more urgent medical supplies. Cargo-in-Cabin caters perfectly to the growing demand for such equipment.”