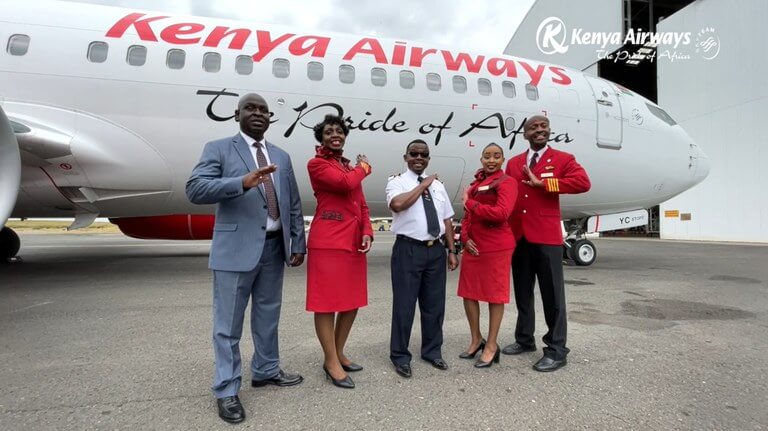 On World Elephant Day 2021, Kenya Airways declare why and how they’re striving to secure their flights against the illegal wildlife trade and call upon others to step up to the challenge.

Kenya Airways (KQ) and the ROUTES Partnership have come together to create awareness of the continued fight against illegal wildlife trade.

Through the partnership, Kenya Airways has launched a video to create stakeholders’ awareness about protecting the nation’s national heritage.

This effort is part of KQ’s sustainability strategy to contribute to Africa’s sustainable development through wildlife conservation.

Much of Africa’s wildlife is threatened by the illegal wildlife trade.

It is estimated that 55 African Elephants are poached every day.

Five years on, Kenya Airways continues to play an active role in addressing this problem.

Kenya’s economy is highly dependent on ecotourism, with wildlife lovers and adventurers travelling from across the globe for a sighting of a leopard lounging on a tree branch or elephants playing at the watering hole.

“Tackling the trafficking, therefore, provides hope in protecting elephants and economic gains made from tourism not only for Kenya but other nations across the continent as well.”

As part of the campaign, KQ and ROUTES have produced an educative video responding to the ROUTES Partnership and United For Wildlife ‘Step Up to Stop Wildlife Trafficking Campaign’.

The campaign encourages airports, airlines, and associations to boost their efforts to combat wildlife trafficking through various awareness-raising and staff training activities.

“A successful response to wildlife trafficking requires concerted efforts across a range of stakeholders throughout the transportation industry,” said Crawford Allan, ROUTES lead.

“We’re delighted to see Kenya Airways spreading this message proactively in their new video and encouraged by the steps they’re taking to help stop this trade”.

Since instigating a crackdown on poaching in the country, Kenya has seen its elephant population numbers double over the last 30 years – a promising encouragement for other countries where poaching remains a dire threat to elephants.