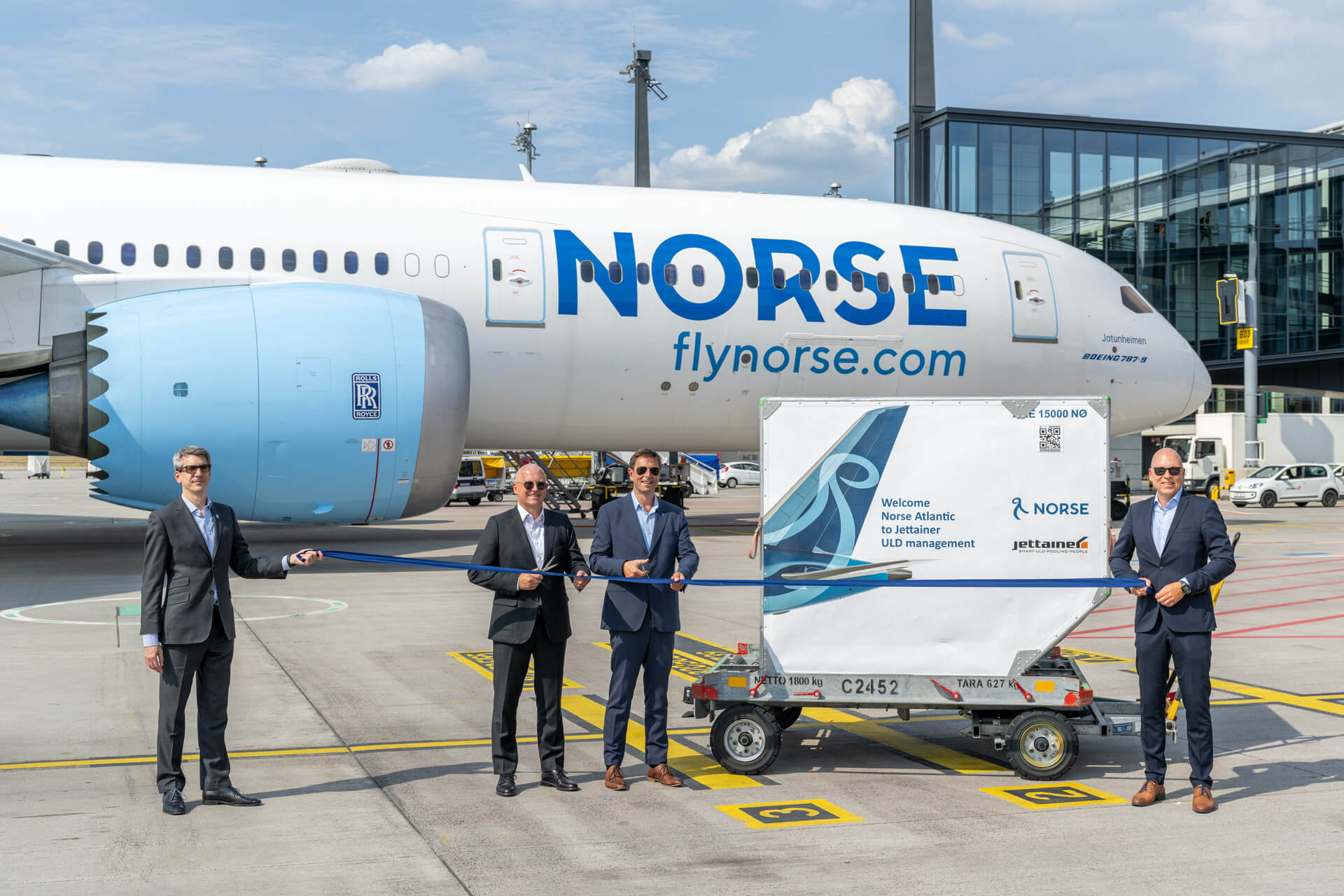 Norse Atlantic Airways, a brand-new Norwegian airline, has been taking to the skies since June, connecting Oslo with several North American destinations.

Now the network is being ramped up with regular connections from Berlin to New York and Los Angeles.

From the very first flight, Jettainer, the global leader in unit load device (ULD) management, has provided the airline with a customized and dedicated fleet of containers and pallets.

In addition to providing highly efficient ULD management services, Jettainer will also take care of the repair and maintenance of all units.

This full-service support has enabled the airline to start and now to expand operations on schedule despite the current shortage of ULDs.

The long-term partnership will run for five years to safeguard the ULD needs of this growing airline.

The launch of Norse Atlantic Airways’ new routes from Berlin complements connections from Oslo to New York (JFK), Fort Lauderdale, Orlando and Los Angeles, all operated by a modern fleet of 15 Boeing 787 Dreamliners.

Paris (CDG) and London (LGW) will also serve as hubs in the future and further destinations are already in the pipeline.

Jettainer provides a fleet of more than 1,000 containers and pallets for flight operations, which will be available no matter where and when the airline needs them.

“As we are committed to a modern and environmentally friendly fleet, we have also chosen the most cost-efficient and sustainable solution for our ULDs. As the market leader, Jettainer offers us the highest level of reliability, transparency and flexibility for our operations.”

“With our expertise, advanced management technology and global network we support established airlines in outsourcing ULD management services and new emerging carriers like Norse Atlantic in ramping up their operations.

“We are looking forward to long-term success and mutual growth.”