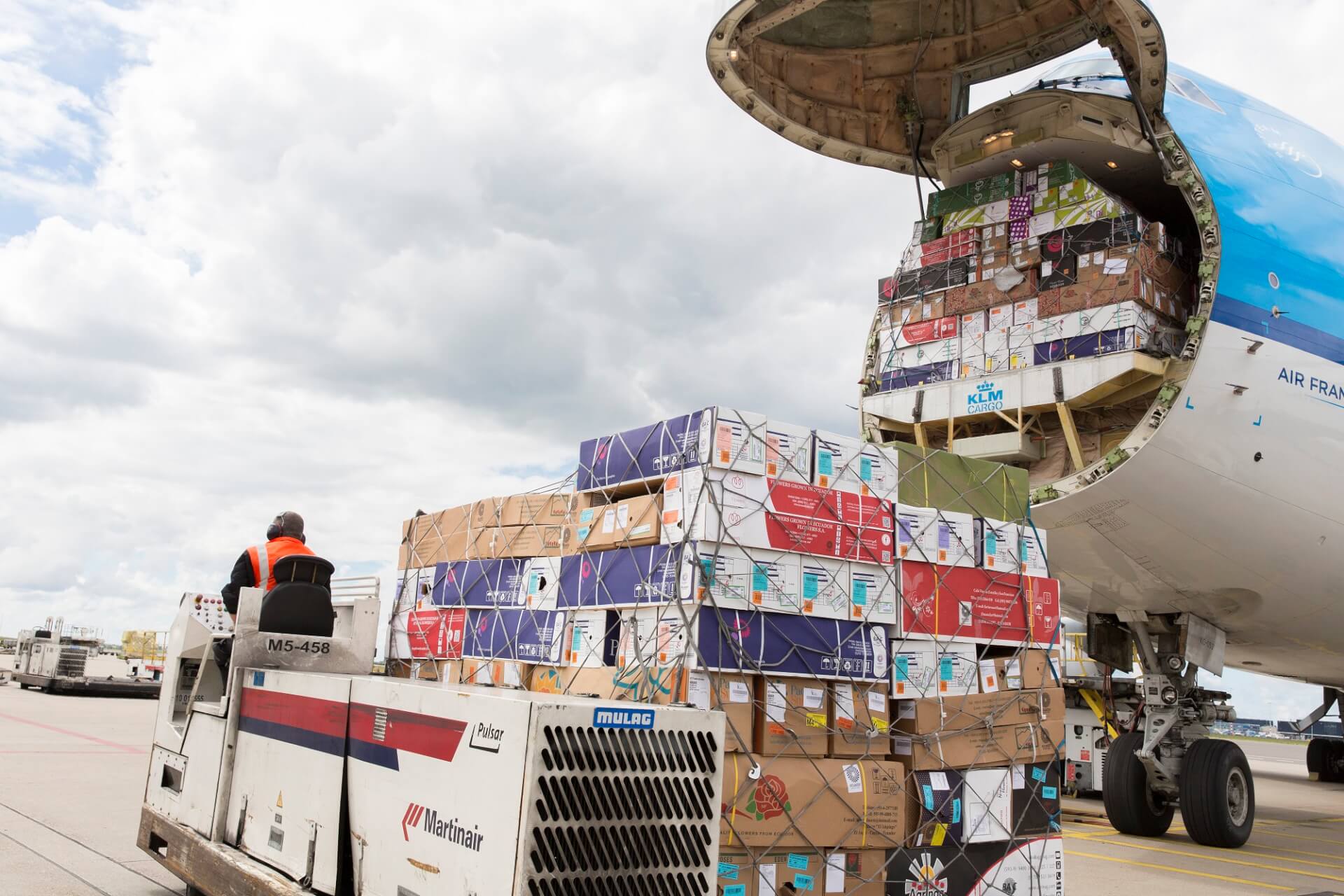 Perishables may be among the most taken-for-granted items that people consume around the world in more normal times, but their importance – and those who sell and transport them – has been cast into the spotlight in the course of the ongoing Covid-19 pandemic. Fears of potential food shortages led some already nervous consumers to panic buying, but has led, more widely, to a greater appreciation of simply having access to fresh food and the process that brings it to us.

Demand for perishables has surged in many markets as lockdowns, meat plant infections and logistics problems aplenty – particularly a scarcity of uplift – have added to pressures on the supply chain, while the closure of many cafes and restaurants around the world has also significantly altered demand patterns – and the logistics behind their supply.

DHL Global Forwarding Australia, for instance, says that virtually all of its high-value perishables exports, including fruits, vegetables, pre-marinated and fresh meat, seafood and dairy products, are now meeting demand from food retail businesses such as supermarkets. This is in sharp contrast to pre-COVID supply chain distribution, dominated by wholesale networks where some 70% of the company’s food exports previously went to restaurants.

While airlines struggle to simply survive, the cargo sector has been innovating its way around the capacity crunch. Passenger aircraft flying scheduled routes and charters – but as cargo-only operations – have quickly become a practical and innovative strategy.

Meanwhile, global perishable markets were already taking a hit – some because of scarce capacity and some due to dramatically changing coronavirus lifestyles – in which flowers, for instance, suddenly became frivolous.

Amsterdam Schiphol Airport (AMS), long known for its flower handling alongside edible perishables, has observed this first hand. Bart Pouwels, head of cargo at Schiphol says: “Both import and export of flowers are under heavy pressure. In some months, flowers comprise a full 80% of the total
Pouwels adds that imports and exports of fish, live animals, fruit and vegetables are also impacted. This is partly because production and logistics to Europe are under pressure, he says, citing the example of fish markets – in Spain, for instance – which have virtually disappeared.

He highlights that pre-Covid-19 capacity out of Nairobi was nearly 5,000 tonnes a week, a figure that now scrapes 1,300 tonnes. “In my view we need to increase the capacity to 3,000 tonnes per week; we really need to encourage the freighter operators to help their customers, the shippers, during this critical time.”

For fruit and vegetables, uplift is similarly constrained, but demand is surging.

Scarcity translates to higher prices. Fred Gitonga, head of air freight for Kenya & East Africa at DB Schenker agrees it has been a major challenge shipping food products – fruits and vegetables, particularly – because of the lack of available capacity and secondly “the rates are through the roof”.

He continues: “It’s a matter of what capacity is available and what the airlines are going to charge. You’ll find that rates have gone up from as low as US$1.10 per kg to $6.00 for avocados into Singapore. It’s untenable for that to happen, but it’s really a Catch-22 situation – people need to eat, yet there’s no capacity.”

For Sanjeev Gadhia, founder and CEO of Astral Aviation, Kenya’s primary exports of flowers, fruit, vegetables and fish make for a good optimisation mix on the carrier’s B747Fs – and even more so now that flowers are a smaller part of that mix. “When you look at vegetables being very dense, we’re actually able to carry 100-110 tonnes, which previously we were not able to do,” he notes.

Directional challenge
But as Fitsum Abadi, managing director (MD) Ethiopian Cargo notes, it’s a challenging market because there is little or no cargo coming southbound from Europe into Africa. Instead, Africa’s air freight markets have been dominated recently by medical supplies coming from China to Africa; and perishables from Africa to Europe, primarily, and also the Middle East and China. At least the sky-high rates help cover the imbalance, Abadi adds.

Paul Lawrence, managing director for South Africa at e-commerce logistics specialist Tigers, says regulatory issues are compounding a lack of capacity for South African freight markets. Wine exports for instance, are experiencing a stop-start situation with contradictory regulations and currently no wine may be exported from South Africa, he says.
“Export of chilled meat and aquatic products have come to a grinding halt because airlines have cancelled most flights to and from South Africa,” he adds. “We have seen a very slow recovery in this market segment, with flight availability varying from once a week to once in two weeks,” Lawrence adds.

The view from Australia
In the case of another huge perishables market, Australia, the pandemic and the associated shortages and inflated costs of air freight capacity have also hit producers hard. In this case, the government has put up an AU$ 1 billion Covid-19 Relief and Recovery Fund.

In support of international air freight exports, subsidies apply to the differential between pre-Covid-19 rates and those on cargo-only passenger flights, or scheduled freighters, says Jason Radford, general manager at Tigers Perth, Australia.
The lobster industry was hit particularly hard by the pandemic, says Radford. It began to feel the impact from late January when China started to go into lockdown, as restaurants and wet markets shuttered.

As China re-emerges and citizens return to their daily lives, restaurants and wet markets have re-opened and demand is slowly picking up, he says. As part of the IFAM funding, flights are starting to depart Perth carrying lobsters to Shanghai, Xiamen and Guangzhou, with the funding enabling the movement of up to 500 tonnes of lobsters on 18 flights over two months. This re-establishes export operations and international trade connections, he highlights.

Radford credits Qatar Airways for its role in keeping supply chains moving, with products such as chilled lamb carcasses being exported to Doha and other Middle Eastern destinations. “Currently, there is up to 30 tonnes of meat moving per day, which we expect to increase during the month of Ramadan,” he notes. The other destinations Tigers hopes to tap the funding for include Dubai, Saudi Arabia and China (chilled beef).

Other initiatives include funding to Linley Valley Pork, as the main agrifood exporter into Singapore, although up to 30% of an aircraft’s payload must to be made available to other Western Australia agriculture and food products, in order to ensure the smaller exporters will be able to continue to supply that market.

The good old days
But while this Covid-19 environment permeates everything, it’s pertinent to remember that only a few short months ago perishables were part of the growth story of air cargo.

“Perishables has been a very stable market over the last few years, and in fact we have seen increases from all countries producing perishables,” says Stavros Evangelakakis, chairman of the Cool Chain Association. “The big supermarket chains are buying a lot of fresh food on a global basis and in general all countries with increased purchasing power are buying more perishables. In the hotspots for perishable production, lift has increased with the increased demand,” he adds, speaking of the pre-Covid world.

South African table grapes are a prime example. According to Tigers’ Paul Lawrence, the global market for table grapes was beginning to see diversification emerging with a higher proportion of grapes being exported to Canada, China, the Middle East, southeast Asia, and the US.

Investing in the sector
Technology has increasingly played a key role in the growth of the perishables trade. In South Africa for instance, Lawrence says the country’s regulatory agencies have been working closely to ease inspection processing of perishables. The Department of Agriculture has been developing its e-Cert platform, but the pandemic has forced it to implement e-certification for all exports. The challenge now is whether authorities across the globe will accept e-issued Phytosanitary Certificates, Lawrence notes.

And technology is also increasingly being applied in the real-time monitoring of perishables. “Tech is, of course, an important element to avoid quality loss, ensure goods are handled, flown and distributed at the right time all the way to the consumer,” says Evangelakakis. “However, the feedback from logistics providers of perishables is often that there is still a gap between quality and commercial reality for transporting such goods.”

Vivien Lau, executive director of Hong Kong handler Hactl, says the fact that much of what happens in air freight – particularly in the handling area – involves repetitive processes makes it ideal for automation and AI, “which is why we are investing in these areas in our own business”.

But Lau adds: “The continuing disappointment is the stalling of the switch to paperless air freight. The industry must embrace this process if it is to provide the seamless and transparent supply chains that shippers demand.”

Similarly, he notes airlines are investing in processes and systems, and forwarders are focusing on developing quality services in this vertical.

Like many carriers who have focused on perishables as a key vertical, Emirates has invested significantly in developing infrastructure – like the Cool Dolly – supporting efficient transport of a large volume of perishables that fly under a three-tiered product called Emirates Fresh.

Certification
Regardless of the impact the pandemic is having on the sector, efforts to raise the quality and set industry-wide standards for perishables transport continue.

“The Cool Chain Association (CCA) started already, one or two years ago, to ask for standards in the transportation of perishables similar to the ones we have for Pharma and we are happy to see IATA started the Centre for Excellence for Perishable Logistics (CEIV Fresh),” Evangelakakis says.

Cargo iQ and the CCA earlier this year also signed an MOU for closer cooperation and “we will be working with them to support their ‘care mapping’ pilots. We are moving one step at a time,” Evangelakakis adds.

Emirates’ Ambak says: “Care mapping is the important next level of quality management across the multi-stakeholder supply chain, allowing for the controlled planning and execution of transport of commodities with special requirements, like temperature.
“We see great benefit from the ability to first plan the shipment journey and its milestones based on each stakeholder’s capabilities – effectively plan for success – and during the transport, get milestone updates making transparent how the transport is being executed compared to plan.”

Going forward
What lies ahead for the perishables market, like that of air cargo in general, is the million dollar question, with the Covid-19 pandemic having turned so much on its head.

“In the longer term, some impact will prove inevitable,” Pouwels predicts. “Producers are now looking for other sales channels, markets or modalities and have partly found, or are discovering them. If the benefits of this prove sufficient to maintain these alternatives, they will be maintained.”

With the pandemic highlighting the fragility of extended supply chains, at least for key strategic areas such as medical and food supplies, some are questioning the future of globalisation, and whether countries will look to near- or on-shore production of crucial commodities.

Taking the example of the Netherlands, Pouwels notes that although it is a small country, it is nevertheless a major exporter of agricultural products, something that will surely continue. In addition, he highlights that many species of perishables need a specific climate or are found geographically, such as lobsters from Canada.

“For the same reason, nearshoring is only possible to a limited extent,” he says. “Growing flowers in the Netherlands or western Europe is still much more expensive than in Africa, just like beans from Egypt, or oranges from Israel. My expectation is that on-shoring or near-shoring will take place in the EU, but especially in pharma and production and less in perishables.”