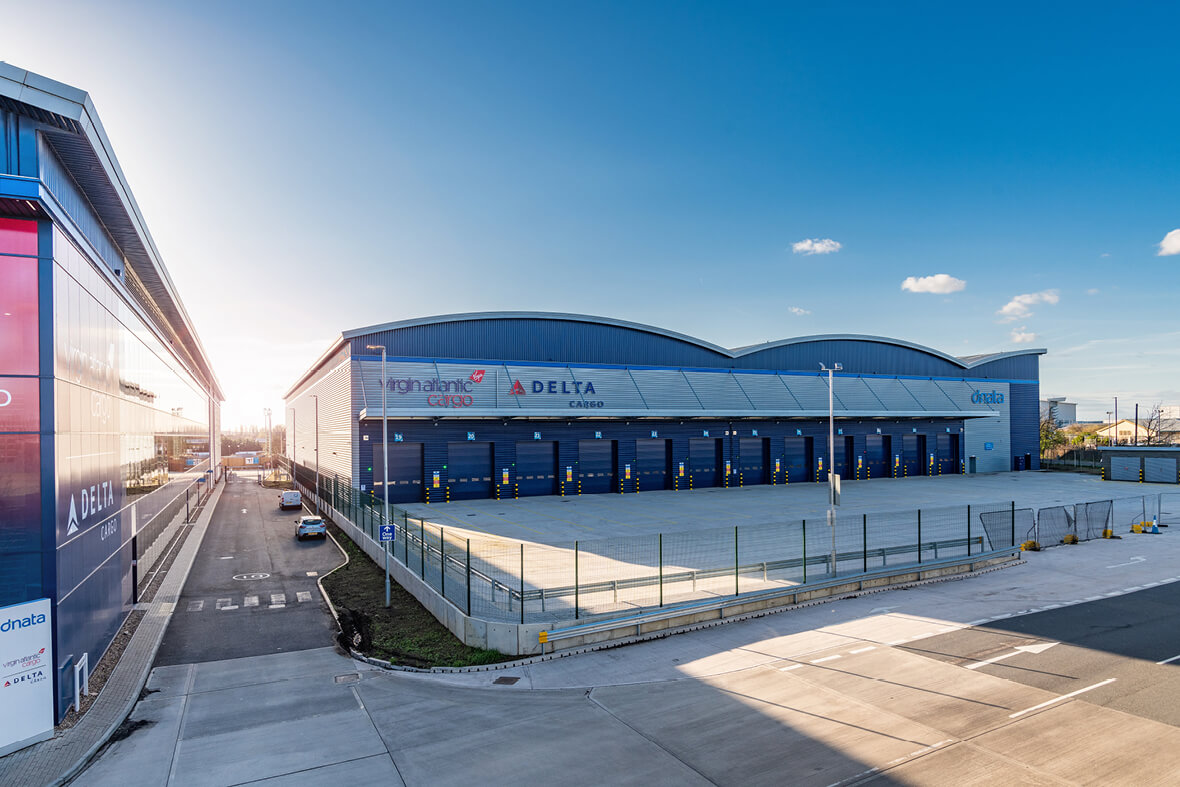 Five-year contract extension
The new import facility comes at a time when Virgin and Dnata have extended their already longstanding LHR cargo handling contract and partnership for a further five years.
The facilities incorporate the latest carbon-reduction initiatives in design and operation, including the use of solar PV panels, air-source heat pumps and electric vehicle charging. Dnata City East has already achieved a BREEAM ‘Excellent’ environmental rating for its design stage, with the same status also expected to be achieved for the construction process.
Including Dnata City East, Dnata can now offer cargo services from up to eight facilities at LHR with a team of over 750 employees, providing cargo handling infrastructure and services for over 30 international airlines and handling in excess of 500,000 tonnes of cargo. Having added seven facilities, including six newbuilds, to its UK infrastructure over the past eight years, Dnata now operates 13 cargo centres at six airports in the UK and is able to handle more than 800,000 tonnes of cargo annually across the country.