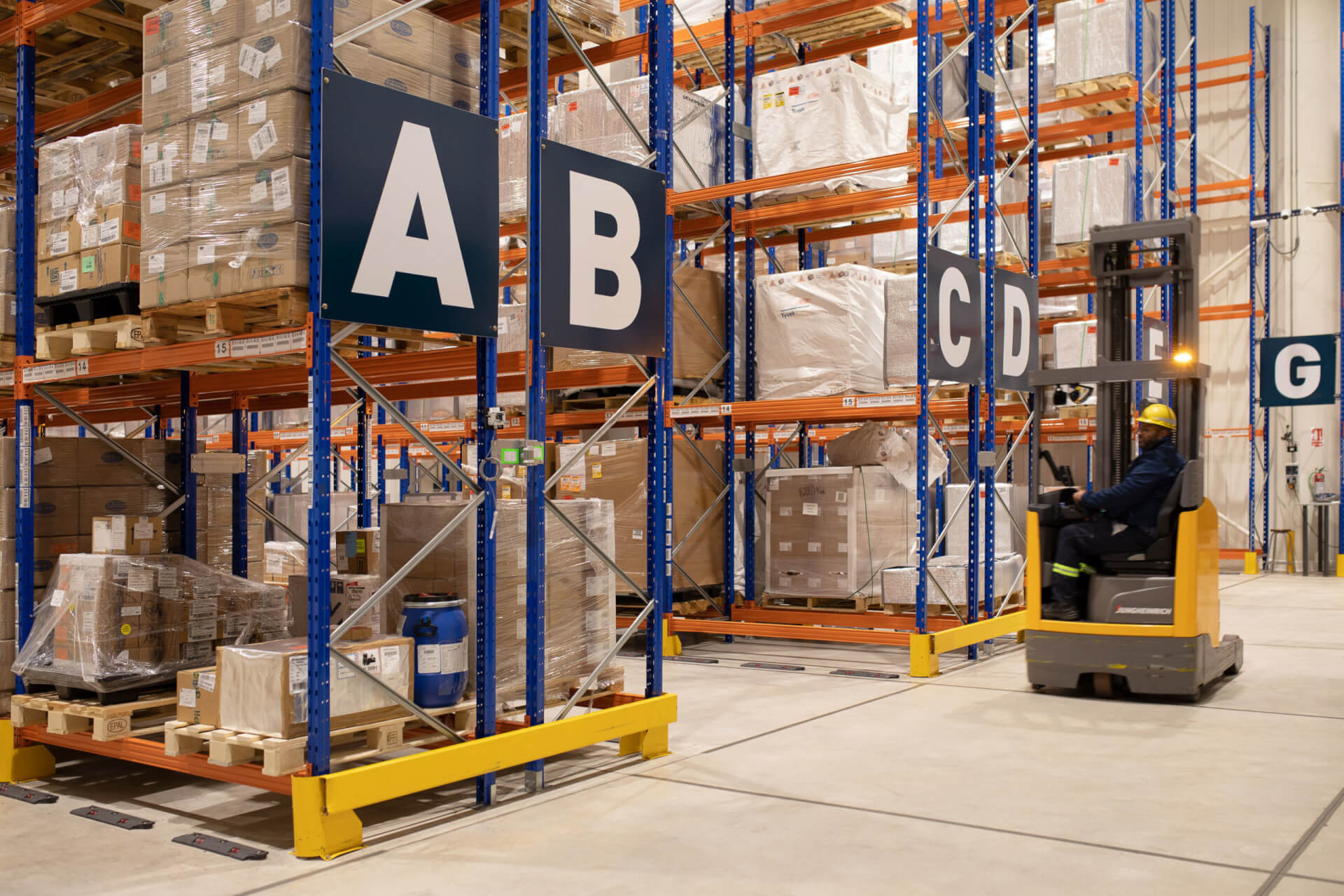 Like in many regions of the world, 2020 had started promisingly for the air cargo industry in Latin America following a disappointing 2019, before the spread of Covid-19 added a huge new set of challenges and uncertainties.

By most accounts, 2019 was not a banner year for the air cargo sector within the region, in what was a challenging year in much of the world. Viracopos, Guarulhos and Galeão, the top gateways of the region’s largest economy Brazil, registered import declines of 13%, 7% and 11.5%, respectively, notes Patrick Fehring, aero business director at airport operator RIOgaleão.

And for the region’s carriers, 2019 was a challenging year, as international rivals stepped up their presence in Latin America in pursuit of better conditions than in their core markets, observes Kurt Schosinsky, managing director of Avianca Cargo, the Colombia-headquartered carrier. In some months, capacity was up 12%, he says.

Fourth-quarter improvement
But the market improved in the final quarter and continued its upward momentum in January and February. For Swissport, volumes in Brazil were strong. “2020 started as a promising year,” remarks Sergio Monti, Swissport’s head of cargo for Brazil.

For Rio de Janeiro’s Galeão International Airport, sometimes now branded as RIOgaleão after the airport’s current operator, several segments had fared better than expected, including the pharma, oil and gas, and machinery verticals.

Advent of Covid-19
Likewise, Lufthansa Cargo registered improvement across the region before the advent of COVID-19, according to Carsten Hernig, vice-president for Latin America and the Caribbean. But the arrival of the pandemic brought an abrupt change, he adds.

“We lost our entire international network,” said RIOgaleão’s Fehring. Before the outbreak 95% of RIOgaleão’s cargo moved on passenger flights.

The implosion of belly capacity not only cut direct links to international markets, it also hit many interline connections. Lufthansa had built up feeds from the region to its flights out of Panama, San José and Miami.

“Interline is not completely frozen, but it’s reduced,” says Hernig. “We do some over Mexico and Buenos Aires.

Likewise, Lufthansa has stepped up its freighter capacity. “Our existing freighter schedule was not enough, so we laid on extra sections to Brazil, Uruguay and Argentina,” says Hernig. “All three have strong demand – both import and export.”

Avianca has supplemented its lift with B787 pax planes flying cargo missions and LATAM Cargo has also boosted its already increased freighter capacity with various passenger aircraft operating cargo-only flights.
Montevideo’s MVD Free Airport lost all its passenger flights, but its freighter services have kept up its connections to the US and Europe – notably Frankfurt and Brussels – and across the region.

“We have direct flights to Chile, Argentina, Brazil, Paraguay, Bolivia and Colombia and we can reach Ecuador and Peru with one stop,” says sales manager Hans Guiscardo. In addition, the airport has truck connections to Argentina, Brazil, Chile and Paraguay.

“Companies that previously went direct are now reaching out to us,” Guiscardo adds. One such inquiry was for a shipment from Hyderabad to Peru by way of Bombay-Frankfurt-MVD.

MVD, which claims to be the only airport in Latin America with free zone status, has built up its distribution capabilities with expanded general warehousing and cold chain facilities and still managed to grow its distribution business by 35%, year on year, from the start of the COVID restrictions to mid-April.

Value-added activities
RIOgaleão is also trying to get more into distribution and value-added activities. Last November it opened a general warehouse with 8,000 sqm of floor space. This is the first step towards the operator’s plan of setting up a cargo village at the airport. RIOgaleao has obtained authorised economic operator status – the only airport operator in Brazil to date, according to Fehring.

He says that RIOgaleão also has the first airport warehouse in Brazil that is able to perform activities like picking and labeling. Until now, some pharma clients have had to move their incoming shipments under armed guard to off-airport facilities to label shipments and then take them back to the airport for regional distribution.

“The new warehouse is three-quarters full. That shows that it’s working,” he comments.

One company intends to start building crates for the oil business on-airport. That way, shipments can be trucked straight to the airport, get crated and then loaded onto flights for export.

Swissport’s goal
Swissport’s goal for this year was to start warehouse administration in Brazil, which would be a game changer for the handling company, which is present at four airports in the country. So far, it is hired for operations – primarily the build-up and break-up of ULDs – but not to administrate the business.

The first major opportunity for the handler is a new warehouse for Azul at the carrier’s Viracopos hub, where Swissport can use its own system and staff. Azul has been at the forefront of targeting e-commerce traffic in Brazil.

Frozen projects
However, the COVID-19 pandemic has stopped a number of projects in their tracks. At Avianca, high investment projects are on hold, but those currently in process are moving forward, says Schosinsky. The airline has invested in cooler facilities in Bogota, Medellin and Miami, which have escaped the investment cutbacks.

But two projects started in Montevideo a few months ago were not so lucky. Last year MVD embarked on the construction of the second phase of its pharma hub to expand capacities in multiple temperature ranges as well as build additional areas for secondary conditioning and office space. When the work started last October, management reported that business at the existing set-up was exceeding expectations.

The following month work commenced on the creation of a new cargo reception area designed to enhance security standards and reduce transit times. The new facility will feature automated x-ray capabilities as well as automated photographic documentation from three angles and can be seamlessly integrated with MVD’s warehouse management system to offer real-time accessibility to clients around the globe.

But the projects are currently in limbo, with the finishing line tantalisingly close. According to Guiscardo, work on the reception area stopped with about six weeks to go to completion, while the new pharma hub facility had about two months to go.

“The company primarily keeps the operations going, but all expenses that are not critical have been suspended,” he says.

Over in Rio, the pandemic has also put a stop to projects. “We had a contract for a 2,400 sqm warehouse. That’s up in the air at the moment. Work was supposed to start this year,” says Fehring.

For the most part, pharma traffic has remained strong, and operators are looking to further growth in this segment. RIOgaleão, which serves a big pharma cluster in its catchment area, has renewed its CEIV accreditation. Avianca, which revamped its product portfolio last year to offer three distinct pharma services, has seen a large jump in this traffic in the first quarter of this year, Schosinsky reported.

CEIV interruption
But the pandemic has interrupted Dachser’s work on CEIV accreditation in the area. “It’s difficult. There’s no training now. Once we can travel again to meet the team, then we can organise training,” says Guido Gries, managing director of Dachser Americas.

The logistics company, which expanded its footprint in the region last year, has a strong position in the automotive sector, an industry that has not fared well since last autumn. “We already noticed in the fourth quarter that tier one and two companies were seeing a reduction in parts shipments,” remarks Gries, adding that Dachser has diversified into new areas.
Hernig attributed the slow going in automotive traffic to the fact that the industry is in a transition period, as it looks more towards electric and hybrid vehicles. On the bright side, this means more test vehicles being flown, he says.

Import slowdown
Overall, inbound traffic to the region has been slow. “All commodities are suffering in imports,” observes Swissport’s Monti.

Guiscardo agrees. With the exception of pharmaceuticals, imports in all other product categories dropped at MVD, he said.

But exports have remained strong, driven by perishables traffic. “On every flight about 70 percent is fresh fruit – mangoes, papayas, figs… Other than that, it’s car parts and a lot of insulin,” says Monti.

Hernig confirms that demand for food and perishables has remained strong, but adds that some commodities have shifted to ocean transport, as higher rates are pushing prices for some beyond the range consumers are willing to pay.

Cooler capacity
Nevertheless, the long-term trend is for expansion of temperature-controlled handling capacity at airports in the region, to manage growing demand for perishables and pharma traffic.

MVD has upped its cooler capacity. After its state-of-the-art module went live, it relied mostly on that, but recently it has recalibrated its older cool chambers.

In January, LATAM Cargo opened a new perishable hub at São Paulo’s Guarulhos airport (GRU), a $3.5 million facility with a footprint of 1,637 sqm that increased the airline’s cooler capacity at the airport by 33%. The building is geared to transit cargo, as São Paulo’s main passenger gateway has the carrier’s most international widebody connections. According to LATAM, 85% of the cargo that connects through GRU is perishables. About 19% of LATAM’s salmon traffic and 14% of the asparagus produced in Peru pass through GRU.

But with its passenger flights in limbo, LATAM’s flows through the GRU hub are much diminished and it is anybody’s guess how soon the airport’s international connections will be restored.

“We look about 30 days ahead,” comments Gries. “You can see in mid-month how things will likely go to the end of the month, but two, three months – no. There will be more disruptions that we can’t foresee.”
In Rio, Fehring expects a long road back. “The general view is that first the domestic network will be recreated, which is what happened in China,” he comments, adding that he does not anticipate international connections to come back quickly. Carriers with a strong tradition in the market, like American or TAP, will likely lead the charge, he thinks.

“Internationally, we will rely on freighters for some time,” he predicts.

Customs easing
He hopes that a return to pre-COVID operations will not include reverting to slower processes. In response to the pandemic, Brazil’s customs authority has implemented a number of measures which have reduced clearing times, he notes. Users hope that the authorities will not revert to the old set-up when things return to a semblance of normality.

But elsewhere, the pandemic has slowed down some modernisation projects. Brazilian customs has also developed a new cargo system that can connect directly to cargo handlers’ warehouse management system as well as the airline systems, which marks a huge step forward from the old system, which requires manual input – a lengthy and cumbersome procedure, Swissport’s Monti reports.

The new system is live for exports, and the implementation for imports was planned for this year, but it is unclear if this will go ahead as envisaged. “It has been postponed before,” Monti says.

Like in many regions of the world, 2020 had started promisingly for the air cargo industry in Latin America following a disappointing 2019, but the fallout from the Covid-19 pandemic means much is up in the air – while much of the region’s bellyhold capacity stays on the ground.