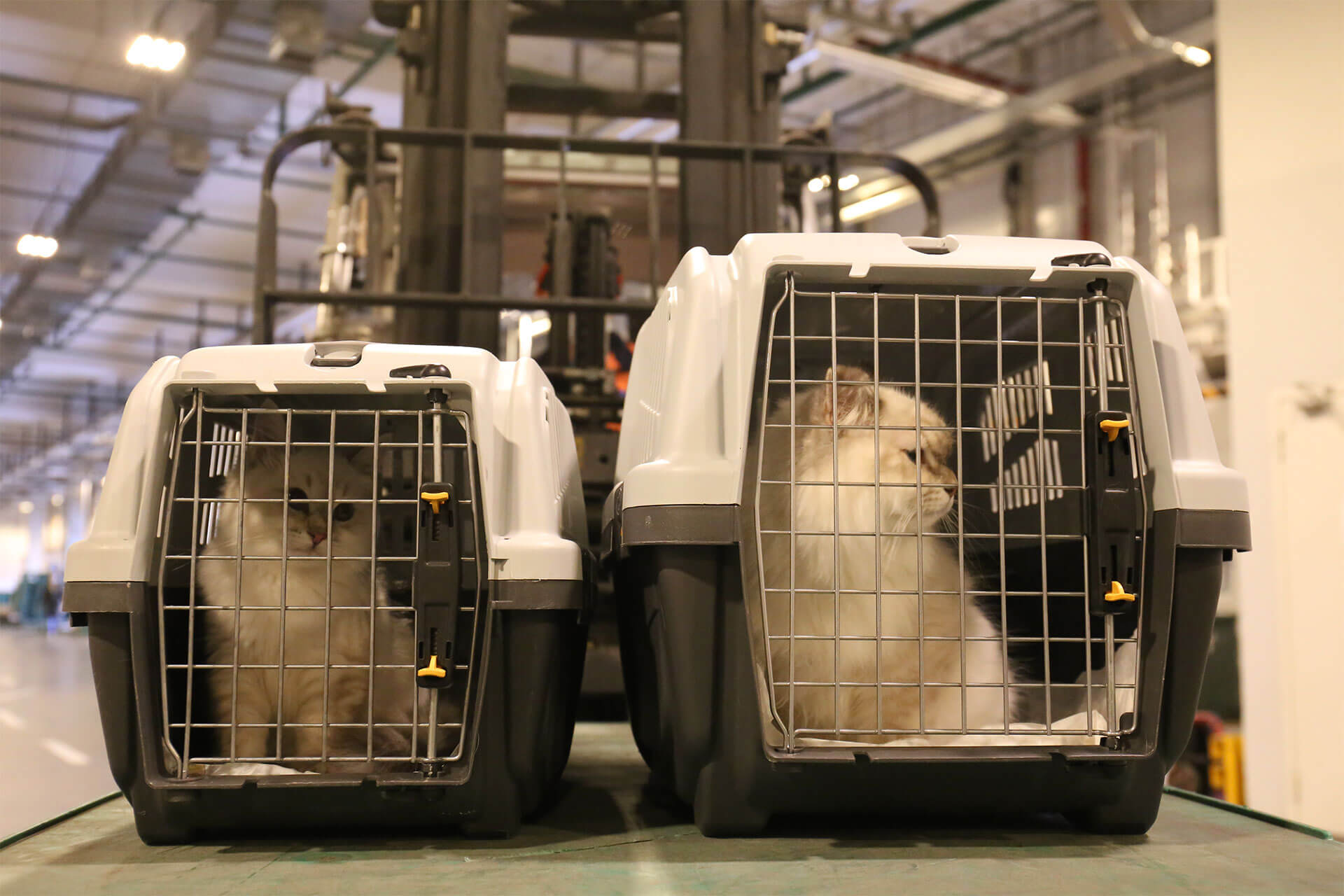 Moscow Cargo has handled 2.5 times more shipments of live animals from June to October 2020 than in the same period last year, despite the overall negative impact of the coronavirus pandemic on global air cargo markets

Despite the overall negative impact of the coronavirus pandemic on the global air cargo market, not all cargo types are facing a slowdown. Interestingly enough, the growth drivers include both predictable cargo categories – such as medical goods, which are highly demanded in an epidemic, or electronic devices (tablets, smartphones, etc.), which are increasingly needed in self-isolation – and unexpected cargo types. The latter contain live animals (AVI) shipping, which has shown explosive growth in recent months compared to last year.
According to WorldACD, a decrease in AVI air traffic was only observed in the first two months of a sharp drop in international air travel – in April-May 2020 the number of pets transported by air almost halved (-43% compared to the same period in 2019). However, as soon as the market adapted to the new realities – by learning to operate with unstable charter schedules, by launching cargo-only flights and coping with the first mass transportation of medical goods – the demand for AVI shipment recovered. In July 2020, AVI global air traffic already exceeded its pre-pandemic volume by 12% and rose over 20% in September-October against 2019.
And that was in the midst of numerous restrictions and bans on AVI shipping, imposed because of COVID-19 – both by some airlines and state regulatory bodies of certain countries. It is against this background that AVI volumes among airlines that maintain full-scale pet air shipping have seen soaring growth.

In particular, Moscow Cargo – an airfreight terminal at Sheremetyevo International Airport (Moscow, Russia) which handles, among others, the flights of Russia’s flag carrier PJSC Aeroflot – shipped 2.5 times more animals from June to October 2020 than in the same period last year.

It should be said that even with vast experience in special cargo handling, it turned out to be a real challenge for both the ground handling operator and the airline to send several hundred cats and dogs on one flight. To effectively handle such freight, Moscow Cargo and Aeroflot have worked together to develop special interaction guidelines.

The guidelines primarily set a specific day of the week for a consolidated shipment of large AVI cargoes to reduce the time spent by pets at the terminal in unfamiliar territory and conditions. So now, Moscow Cargo accepts from 200 to500 cats and dogs on Thursdays. On these days, the warehouse looks more like a pet show than a cargo terminal.

Moscow Cargo specialists have designed a special multi-tiered rack to build up pet carriers on the air pallet. In addition, obligatory presence of an airline representative has been agreed on with the carrier during the build-up on the “cat” flights to promptly resolve emerging issues.

The “cat” flights were nicknamed so by Moscow Cargo employees after they had shipped an Aeroflot flight to Bangkok with 306 cats on board.

It is to be noted that both the airline and the ground handling operator pay considerable attention to the preparation of such flights. The carrier strives to arrange booking in such a way as to alternate between flights with cats and those with dogs. The Moscow Cargo Operations Department carefully plans the build-up of pet carriers on the pallet as well as the placement of pallets on board the aircraft, ensuring enough distance between conflicting animals. Ramp transportation requires a special focus, particularly now when air temperatures have dropped below zero in Moscow. Pets are delivered alongside the aircraft in special vehicles to provide comfortable conditions.

To meet the shippers’ requirements to the fullest extent, Aeroflot organized an AVI transportation working group in September 2020 made up of airline specialists, animal rights activists, and breeding nursery owners. In early November 2020, the group members visited Moscow Cargo to see with their own eyes the entire journey of a pet cage from when it has been delivered to the terminal to the moment it has been loaded on board the aircraft, and to make sure the pets are safe through all the stages at the cargo terminal. The working group experts were pleasantly surprised to see the comfortable conditions the terminal provides for pets: soundproof accommodation with temperature control and air conditioning, together with friendly and responsible staff of the terminal who efficiently process documents and facilitate all related procedures.

One of the biggest problems about sending AVI cargoes, which has become particularly acute after the disruption of regular passenger air traffic, is a flight cancellation or rescheduling. In such cases, Moscow shippers pick up the pets to return them for the next flight, whereas the situation is far more complex for animals whose shippers come from other Russian cities. With a growing demand for shipping from Sheremetyevo, there is a need for a full-fledged pet hotel at the airport. Sheremetyevo International Airport is currently assessing the investments required along with the feasibility of providing such a service to the customers. As for Moscow Cargo, the ground handling agent plans to become CEIV AVI certified in 2021.