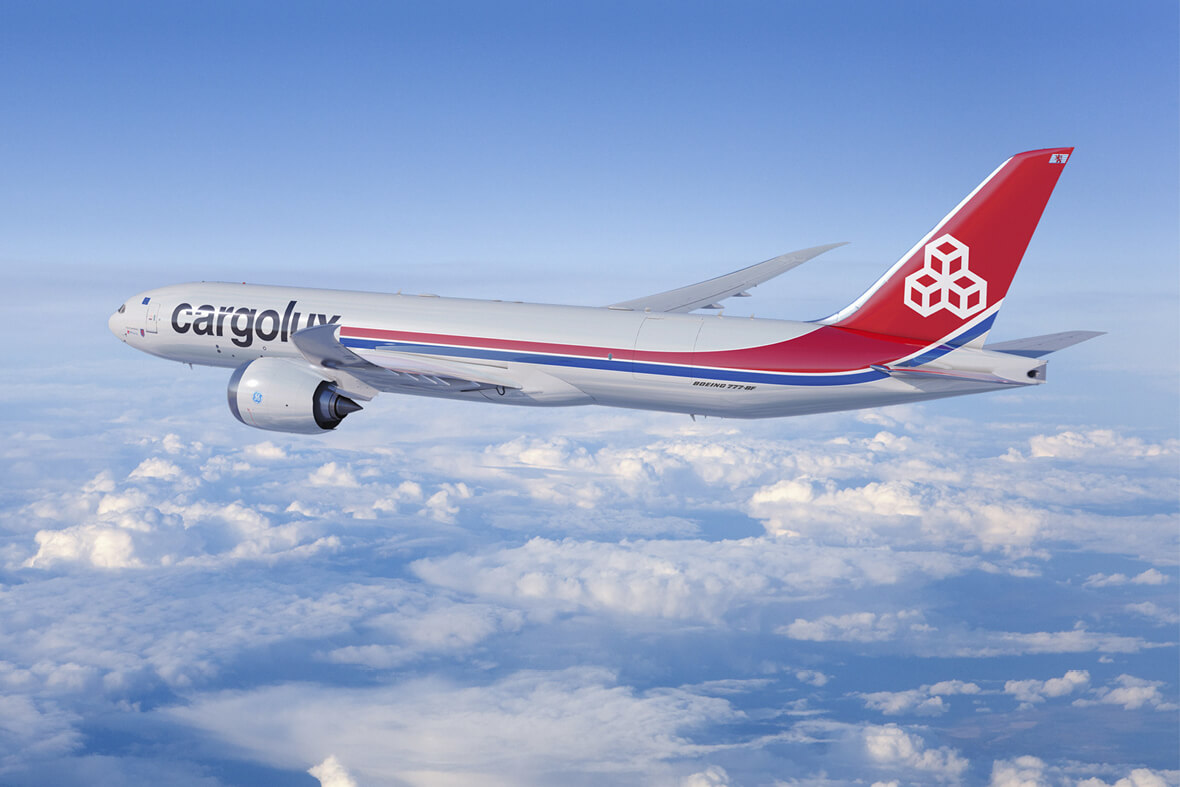 Europe’s largest all-cargo airline Cargolux has selected Boeing’s 777-8 freighter as the preferred solution to replace its B747-400 freighter fleet.
Boeing launched the 777-8 Freighter programme in January and has already booked more than 50 orders for the model. With advanced technology from the new 777X family and proven performance of the 777 freighter, Boeing claims the 777-8 freighter “offers the highest payload and the lowest fuel use, emissions and operating cost per tonne of any large freighter”.
Cargolux is the largest operator of Boeing widebody freighters in Europe with a combined total fleet of 30 747-400 and 747-8 Freighters. Boeing and Cargolux’s partnership has spanned almost 50 years from 1973 when it received its first Douglas DC-8 Freighter before entering the jet age in 1977 with the delivery of its first 747.
Boeing said the 777-8 Freighter was ideally suited for operators like Cargolux, noting that “with nearly identical payload and range capabilities as the 747-400 Freighter, the 777-8 Freighter will provide 30% better fuel efficiency and emissions and 25% better operating costs per tonne as the airplane to replace aging large freighters later this decade.”
First deliveries of Boeing’s 777-8 Freighter are anticipated in 2027.
Stan Deal, president and CEO of Boeing Commercial Airplanes, said the 777-8F would integrate “seamlessly” into Cargolux’s all-747 cargo operations.
The 2022 Boeing Commercial Market Outlook projects a 80% increase in the global freighter fleet through 2041, including approximately 940 new widebody freighters.