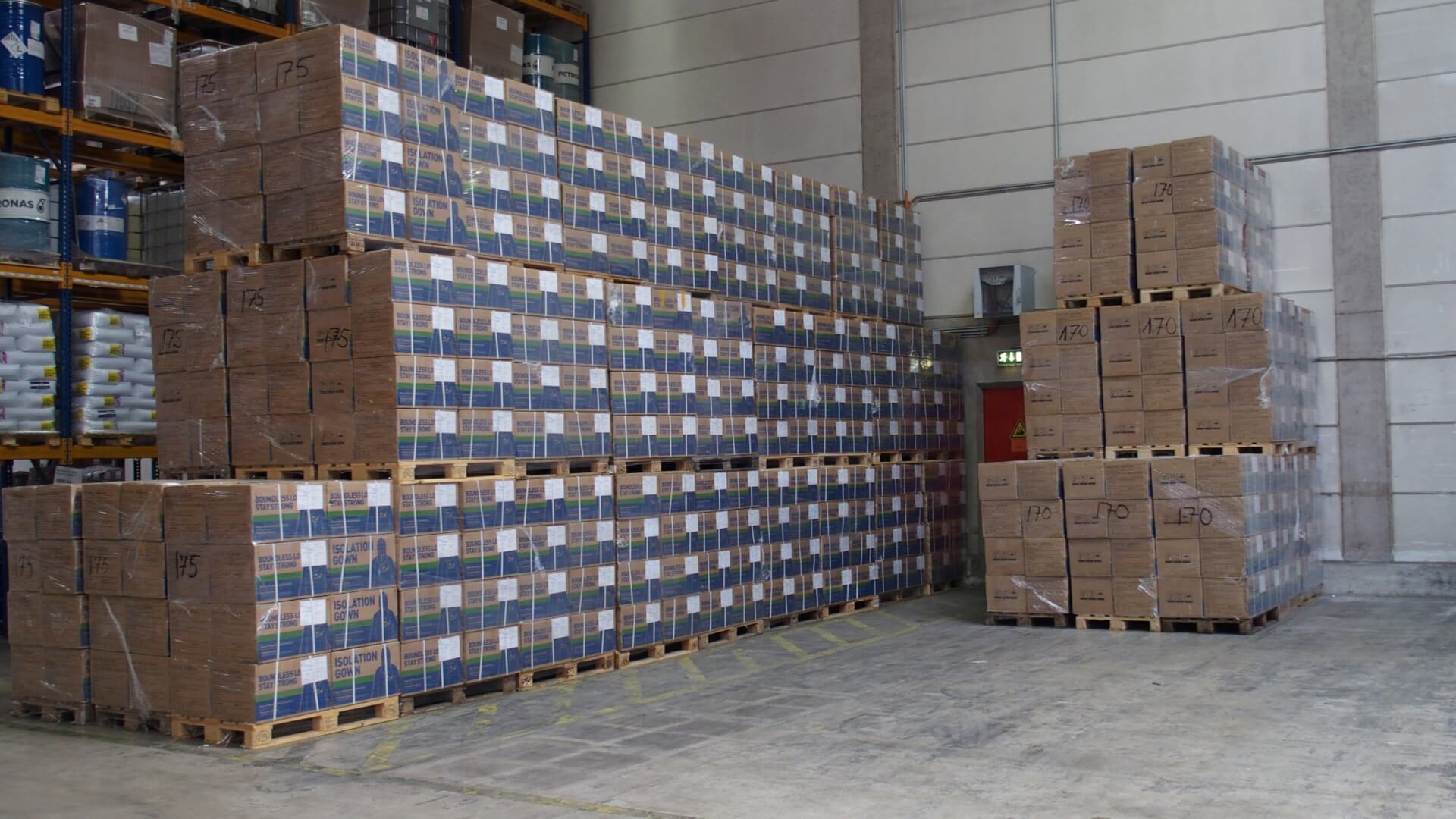 Imperial has processed the first batch of ocean containers of urgent personal protective equipment from China, on behalf of the Kassenärztliche Vereinigung (KV – Statutory Health Insurance Association) in Thuringia, Germany.

The 11 containers – the first of a total of 45, loaded with protective suits for healthcare workers throughout Weimar – entered Germany by rail using the New Silk Route, having taken around 20 days to reach destination following their departure from Shenyang. The 45 containers will be divided over three trains, and will have carried a total of around 30,000 cartons containing some 920,000 protective suits.

Imperial handled import clearance, and then transferred the containers by road to one of its facilities, where they were unloaded and the suits palletised; the pallets were then wrapped for security, and  Imperial is now storing them for subsequent delivery to local warehouses. It will perform the same procedures with the second and third shipments.

Sven Auerswald, Managing Director of the Kassenärztliche Vereinigung, along with Jörg Mertz, head of the crisis management team in Thuringia, visited the Imperial site on Monday, May 4 to take delivery of the first batch of personal protective equipment.

Says Jörg Rolfs, Site Manager Hamburg, Imperial Logistics International: “It is a great privilege to assist with the smooth processing of this critically important merchandise, and to play a modest role in the measures being taken to deal with the COVID-19 pandemic here in Germany.”

Adds Thomas Holzberger, Vice President Operations Chemicals, Imperial Logistics International: “Imperial will do everything it can to support our amazing healthcare professionals in their efforts to deal with this unprecedented crisis. I am proud that my team continues to work on the frontline, providing 24/7 logistics support for vital supply lines.”