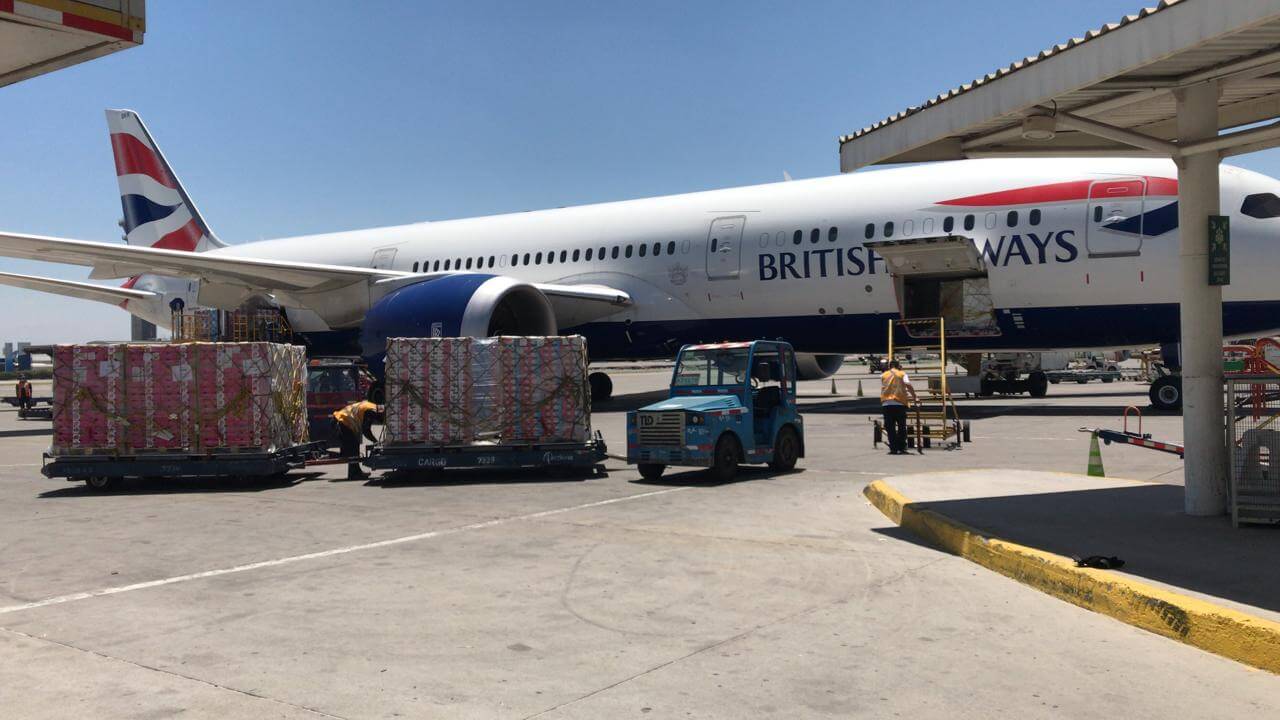 Cherries are a popular fruit in the UK over the winter and Christmas season, and last week saw the latest charter from Santiago de Chile to London Heathrow carrying over 7 million cherries for the UK market. Since the season started in late October, IAG Cargo has already transported over 1000 tonnes of cherries from Latin America to Spain, the UK and China via B787-9s and A350-900s, compared to 236 tonnes in 2019.