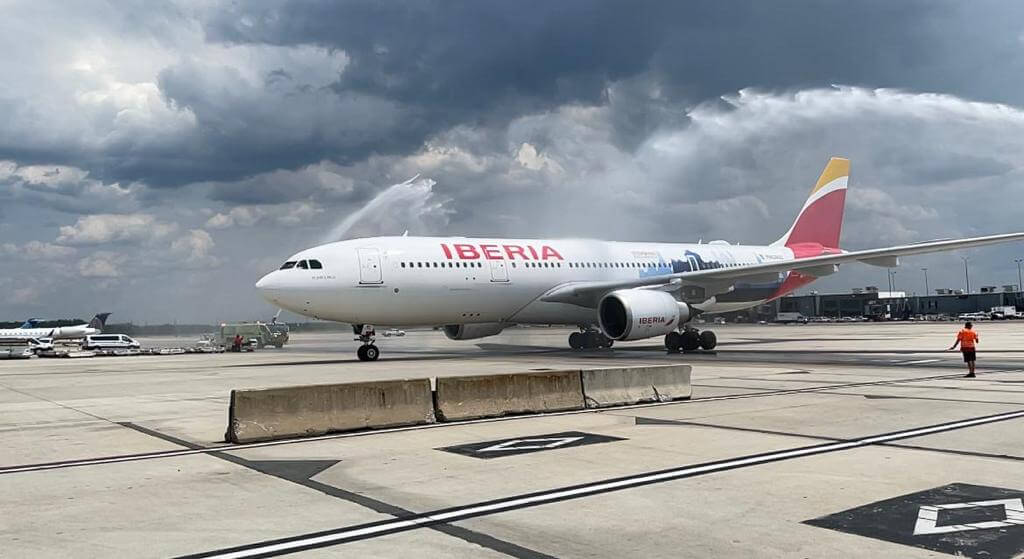 IAG Cargo, the cargo division of International Airlines Group (IAG), touched down in Dallas and Washington DC on 1st June 2022 from Madrid Barajas airport, marking the inaugural routes with the welcoming of a water cannon salute to commemorate the significance of both new routes.

The new routes will be utilising the belly capacity of an Iberia Airbus A332 aircraft, four times a week from Madrid Barajas airport, with the capacity to hold c. 20 tonnes of cargo. These two new routes add to over 120 weekly connections between Spain and the USA, with flights already departing twice a day to New York and Miami from Madrid. The additional routes act as a gateway to other American destinations by truck.

“It is always exciting to see IAG Cargo launch a new route, so two new routes between Madrid and the USA is even better and provides our customers with further opportunities to move their cargo between the regions.” says Pravin Singh, Vice President Commercial. “The launch of the new routes between Madrid and Dallas and Madrid and Washington DC highlights IAG Cargo’s commitment to offering our customers accessibility into new markets and expanding our wide-body network across the globe.”

IAG Cargo continues to strengthen its presence in the West now offering 8 destinations into the USA from Madrid including New York, Miami, Chicago, Los Angeles, Boston, Washington DC, Dallas and San Francisco. Popular commodities transported between the regions include electronic parts and textiles, as well as industrial goods and machinery.