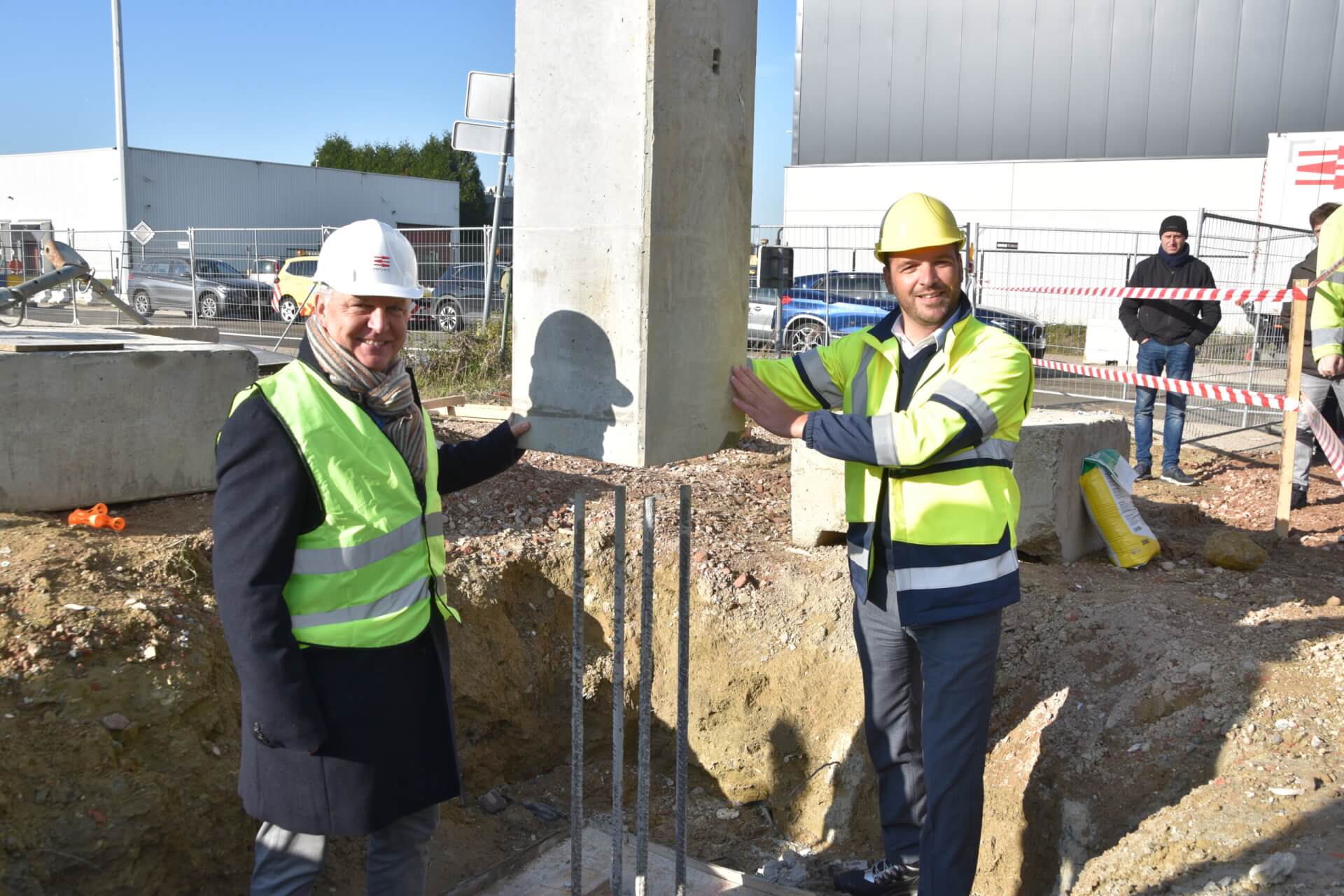 Between new buildings, renovations and refurbishments, there is no shortage of development projects!

The foundation stone for the new building that will soon be occupied by Herfurth Logistics and its Brucargo Air Freight division was laid today.

A building combining modernity, modularity and sustainability for an important partner.

On Wednesday, November 10, after the preparatory work that began back in August, a major construction site got off the ground at Brucargo, the logistics zone of Brussels Airport.

Located in the second row (in terms of tarmac access), this building will be home to Herfurth Logistics, which has been present at Brussels Airport for many years.

It will include six loading bays and be equipped with the latest technology in terms of sustainability.

Charging stations for electric cars, energy-efficient exterior lighting, rainwater tanks, mechanical ventilation and covered bicycle parking are just some of the features of this new project, which is due to be inaugurated in July 2022.

Herfurth was one of the first concessions granted at the Brucargo site.

The acquisition of Brucargo Air Freight in 2016 (building 740) combined with the end of the concession at building 727 in 2010, as well as multiple developments, made the infrastructure requirements no longer compatible with the existing sites.

Thanks to its new infrastructure, Herfurth will be able to shore up its existing niche activities but also develop new ones in order to be omnipresent in the logistic chain with an indisputable added value.